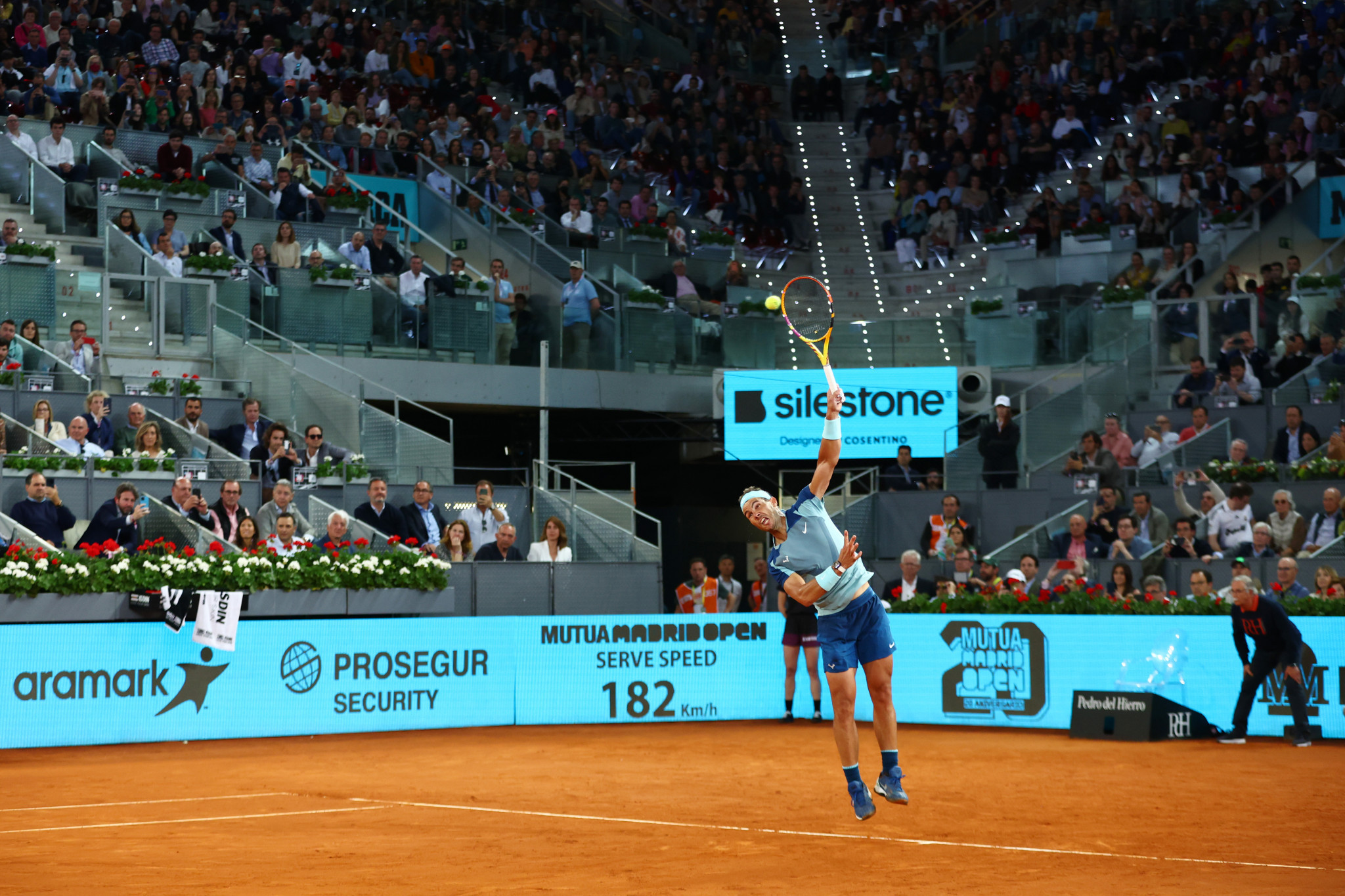 Spain’s Rafael Nadal won his first match since a surprise defeat in the final of the Indian Wells Masters, as he was victorious in his second round contest at the Madrid Open tennis.

Nadal lost in California in March to the United States Taylor Fritz in a match where he suffered with a rib injury, and had not played on the tour since but returned in impressive style at the joint Association of Tennis Professionals Masters 1000 and Women’s Tennis Association 1000 tournament.

The third seed defeated Serbia’s Miomir Kecmanovic 6-1, 7-6 at the Caja Magica as men's round of 32 action continued, although he was taken to a tie-break in set two after being broken as he attempted to serve out the match at 6-5.

Defending champion Alex Zverev of Germany, the second seed, came from a set down to overcome Croatia’s Marin Cilic 4-6, 6-4, 6-4.

The biggest shock of the day in the men’s draw came when Norway’s Casper Ruud, the world number 77 and fifth seed, lost 7-6, 2-6, 6-4 to Serbian wildcard Dusan Lajovic.

The other seeded player in the last eight Jessica Pegula of the United States, the 12th seed, defeated Sara Sorribes Tormo of Spain 6-4, 6-2.