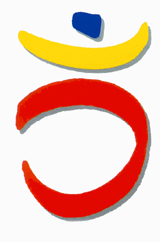 The Barcelona 1992 Games was the biggest showcase of elite disability sport the world had witnessed.  However, before the Paralympics began, the Organising Committee of the Barcelona Olympic Games (COOB) were worried that there were too many participants at the Games and that would reduce the standard (and therefore the credibility) of the competition.

Consequently, the Organizing Committee reduced the number of athletes by setting strict rules and regulations.  Although the new rules caused controversy, they simplified and raised the level of competition while allowing athletes with different disabilities to participate in the same events.

The Opening Ceremony took place in the Montjuic Olympic Stadium and was attended by 65,000 spectators.  The Ceremony was also watched by millions of television viewers around the world and attended by some extremely high profile figures including Juan Antonio Samaranch, President of the International Olympic Committee (IOC), King Juan Carlos and Queen Sofia of Spain and Mayor Pasquel Maragall, a man highly supportive of the Paralympic Games.

Over 1.5 million spectators attended various events and millions more watched the Games daily on television.  The Barcelona Paralympics were of an extremely high standard and of the 487 events that took place, 279 world records were set.

Visually impaired swimmer Trischa Zorn of the USA was perhaps the standout performer at the Games taking an impressive 10 gold and two silver medals (adding to the 12 gold medals she had won at the Seoul Games four years earlier).   Zorn's medal haul helped USA top the medal table in Beijing.  Germany were relegated into second place with Great Britain in third.

The Games were undoubtedly a huge success for the Paralympic movement and the Closing Ceremony in the Olympic Stadium brought a spectacular end to one of the finest Games in the history of the Paralympics.