SAMBO is a martial art and combat sport developed and used by the Soviet Red Army in the early 1920s to improve their hand-to-hand combat abilities.

The sport is similar in many ways to judo and jujutsu but also incorporates different types of wrestling and various self-defence systems.

Soviet martial arts expert Vasili Oshchepkov is credited as one of the founding fathers of SAMBO.

Born into a family of exiles in 1893, Oshchepkov also played a key role in introducing judo into the Soviet Union.

An intelligence officer during both Tsarist and Soviet periods, he was educated in Japan and later returned there to work in the 1920s.

He studied at the Kodokan Judo Institute in Tokyo, founded by Jigoro Kano, and eventually became the first Russian to receive a second dan in the sport.

This led to him developing the SAMBO self-defence techniques which were developed and utilised by the Soviet Red Army and intelligence services.

Oshchepkov, despite his important legacy, ultimately died in prison aged just 45 as a result of the Stalinist political purges of 1937 after accusations of being a Japanese spy.

He was posthumously "rehabilitated" and cleared of wrongdoing in 1957.

Viktor Spiridonov and Anatoly Kharlampley, a student of Oshchepkov, are also considered pioneers of SAMBO.

Spiridonov and Oshchepkov independently developed two different styles, which eventually cross-pollinated and became what is known as SAMBO.

SAMBO was recognised as an official sport by the USSR All-Union Sports Committee in 1938.

Fifty years after its introduction, the International SAMBO Federation (FIAS) was officially registered and had the sole right to promote and develop SAMBO worldwide and stage official events.

FIAS has its headquarters in Lausanne, while President Vasily Shestakov’s office is located in Russia’s capital Moscow, where he operates with his team.

FIAS is now recognised by the International Olympic Committee after aligning its event organisation and day-to-day management so they are compatible with the Olympic Movement and in line with Olympic Agenda 2020.

Vasily Shestakov has been the President of the International Sambo Federation (FIAS) since 2009. Russian leader Vladimir Putin is among those who back the sport and is an Honorary President of FIAS.

The three disciplines of SAMBO are Sport SAMBO, Combat SAMBO and Beach SAMBO. 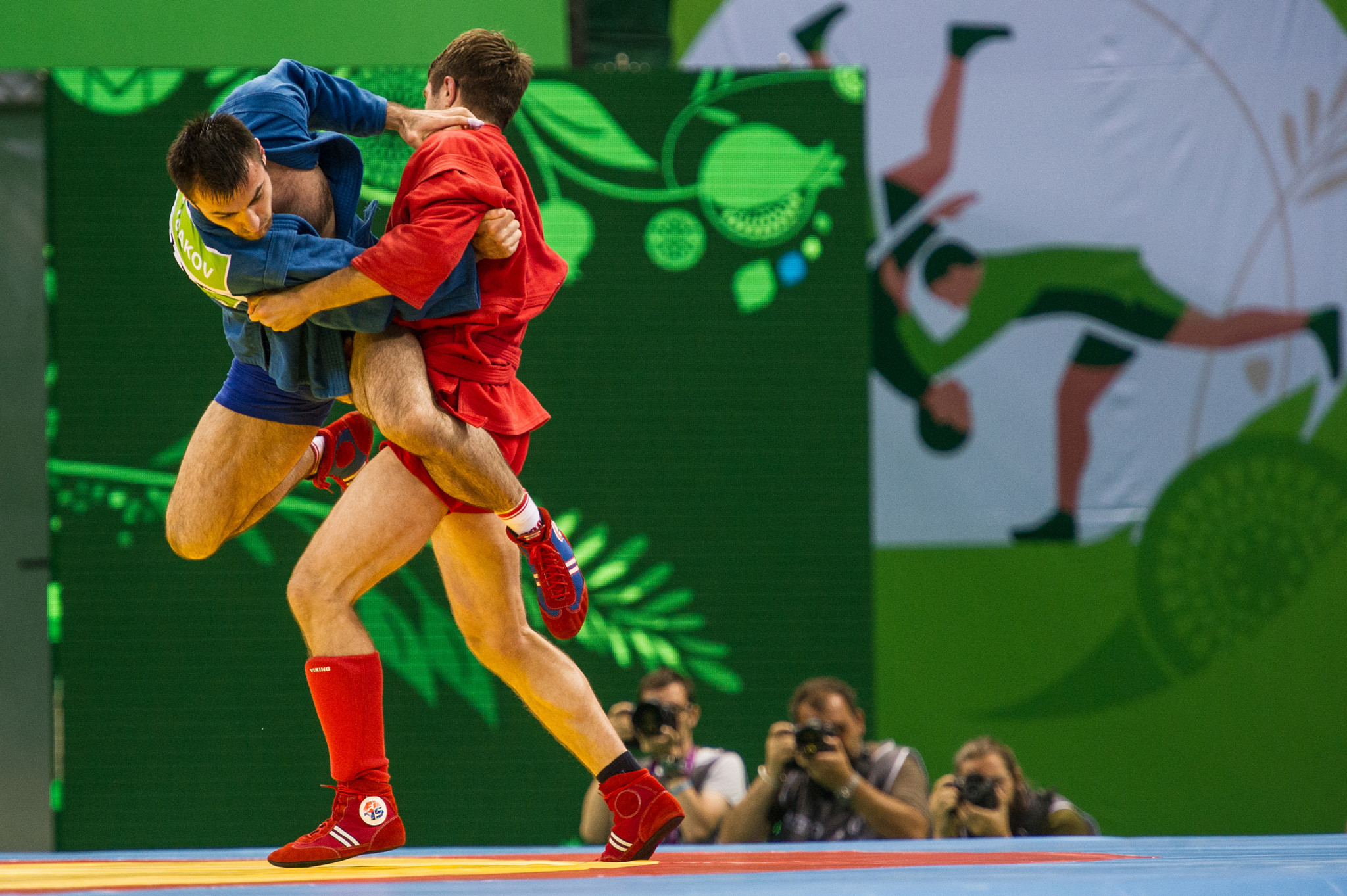 Sport SAMBO is similar to judo, but with some variations in rules, protocol and uniform.

The current World Championship weight categories are as follows: 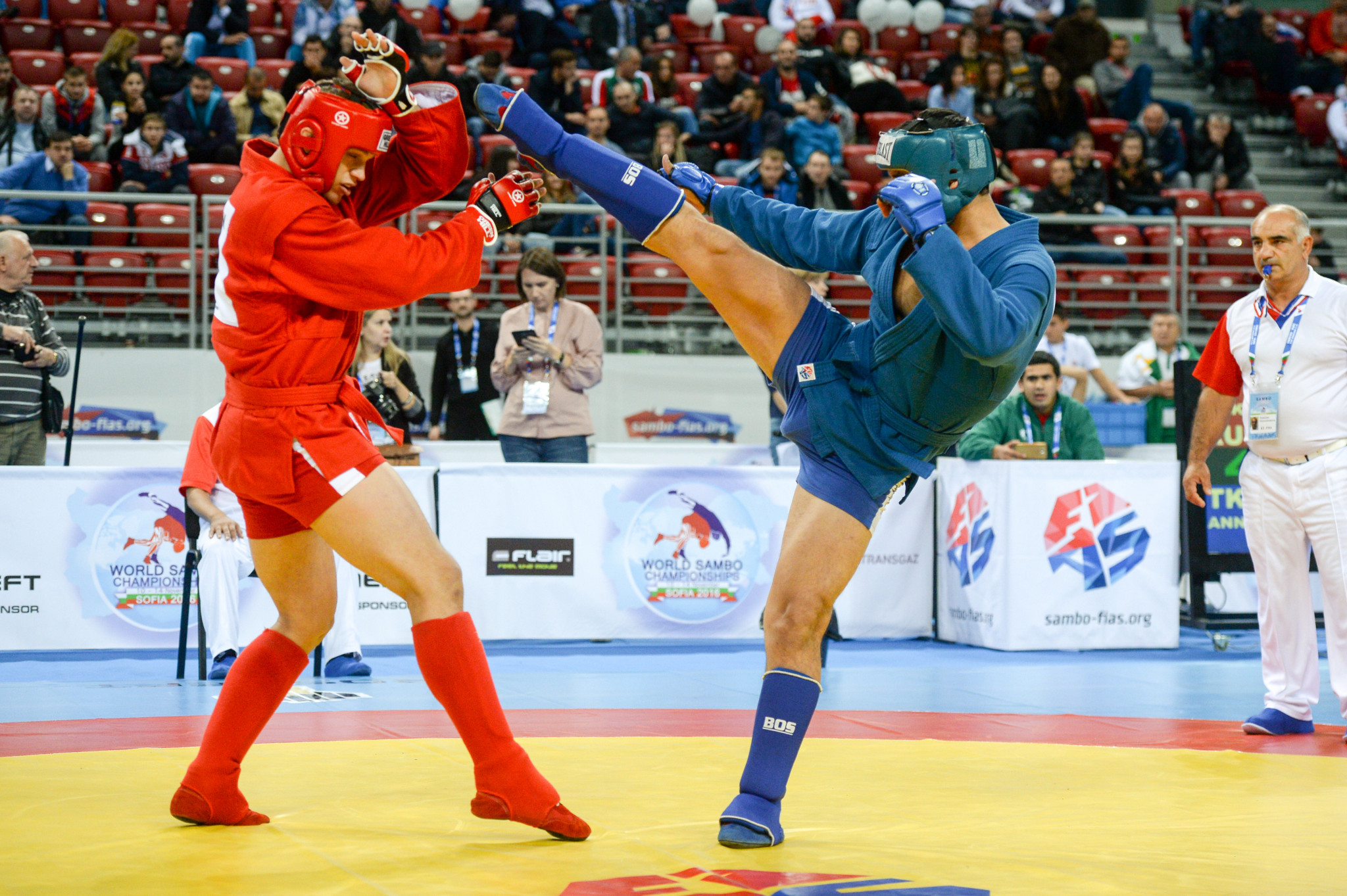 Combat SAMBO resembles modern mixed martial arts, including extensive forms of striking and grappling, and is for men only. 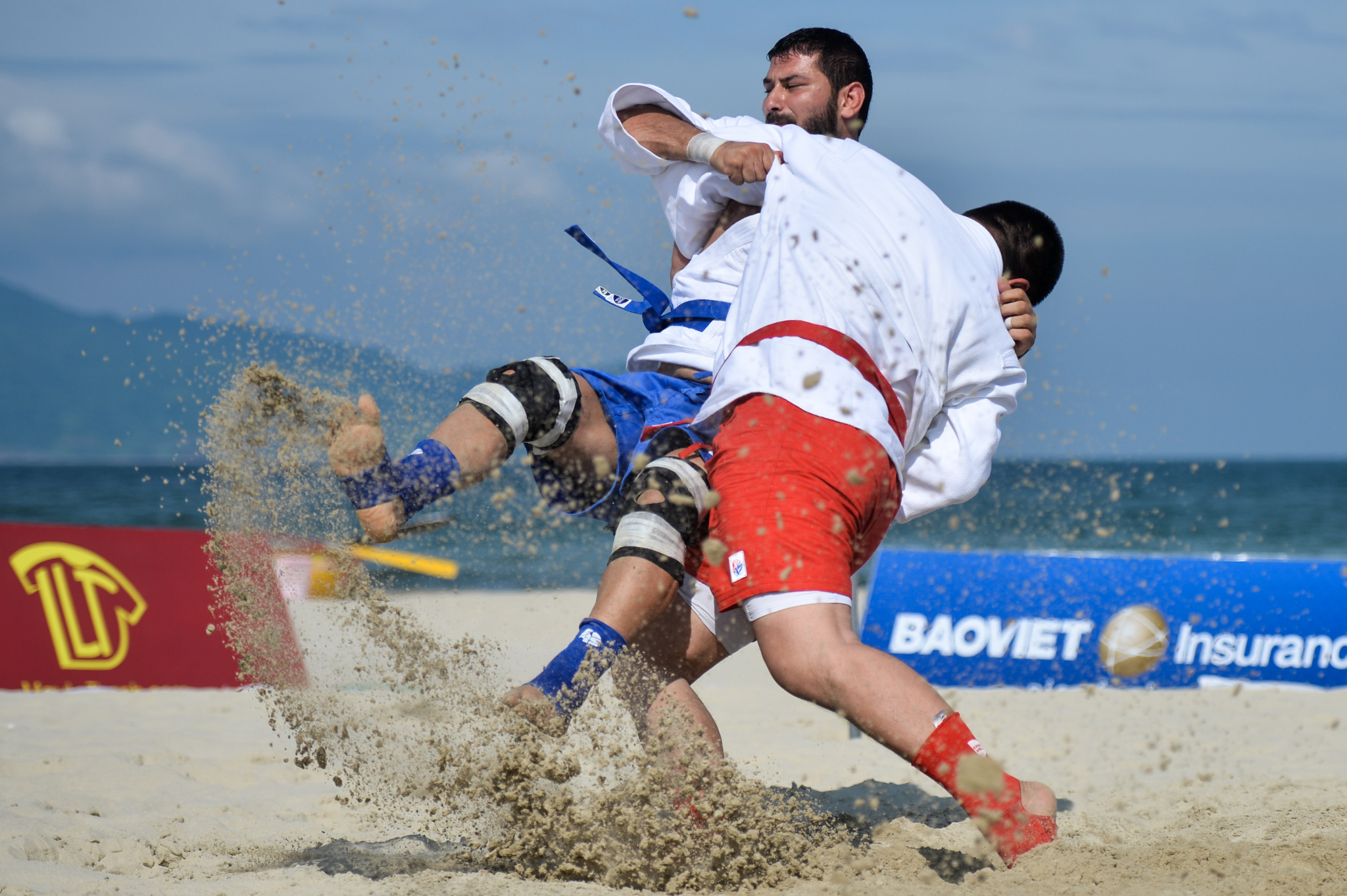 Beach SAMBO differs slightly from the traditional form of the sport.

The rules are modified in that the combat lasts three minutes, without penalties and mat wrestling, and until the first assessed movement.

Uniforms for the athletes and referees are also modified.

Competition at the 2016 Asian Beach Games in Danang, Vietnam was held in the following weight categories: