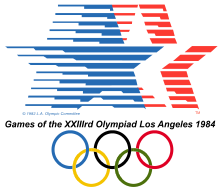 Coe proves the doubters wrong - it wouldn't be the last time

Appropriately for a venue in the shadow of Hollywood, the 1984 Los Angeles Olympics were pure show business and Carl Lewis made the perfect matinee idol.

The American landed four gold medals under the huge weight of self-imposed pressure on his elegant shoulders, winning both sprints and the long jump and anchoring the 4x100m relay team.

Not since Jesse Owens in Berlin back in 1936 had an athlete so richly fulfilled the Olympic motto - Citius, Altius, Fortius (Swifter, Higher, Stronger).

In the inaugural Olympic marathon for women, it was not the winner Joan Benoit who grabbed all the headlines but an exhausted also-ran staggering up the home straight.

Andersen-Scheiss, taking advantage of her dual citizenship to run for Switzerland, was pole axed by the midday heat as she headed into the stadium.

Every step to the finishing line was excruciating to watch. Her left arm hung limply, her right leg dragged. The crowd did not know whether to cheer her on or beg her to stop.

It was a victory for pure willpower when she finally collapsed over the line into the arms of three medical staff, finishing 37th. Within two hours she was back on her feet, an instant heroine, with the media queuing to interview her.

After the United States boycotted the Moscow Olympics in protest at the Soviet invasion of Afghanistan, it was inevitable that the Kremlin would rain on Los Angeles's parade.

So it proved, with Moscow and 14 of its allies pulling out of the 1984 Games in retaliation. But nevertheless a record 140 countries still turned up.

The Soviet boycott may have deprived Los Angeles of the East European automatons of the track but heroes still abounded.

The fiercely partisan American crowds went crazy for Greg Louganis, who boasted the looks of a Greek god, dived like a swallow and hit the water with barely a ripple. That perfect precision won him two golds.

The on-track clash between hometown favourite Mary Decker and South African-born runner Zola Budd in a British vest of convenience was also unforgettable.

Decker's Olympic hopes were over in an instant as she crashed out of the 3,000 metres after tripping on Budd's leg. Her shoulders heaved with sobs of despair.

After the heartbroken Decker fell, Budd was booed and jeered throughout the rest of the race and trailed in a dispirited seventh. Her fragile shoulders were the picture of abject failure afterwards.

In contrast, the look of sheer anger on the face of Sebastian Coe after retaining his 1500m title following a long period of injuries and illness was just as memorable. "Who says I'm finished now?" he shouted towards the direction of British journalists. More than 20 years later he was to again prove the men and women of the British media wrong with another unlikely Olympic victory.

Big bucks ruled in Los Angeles. Entrepreneur Peter Ueberroth was the hero of the day, raising more than $500 million from 30 sponsors, prompting critics to mourn the passing of amateurism as the Olympics turned into a corporate giant.