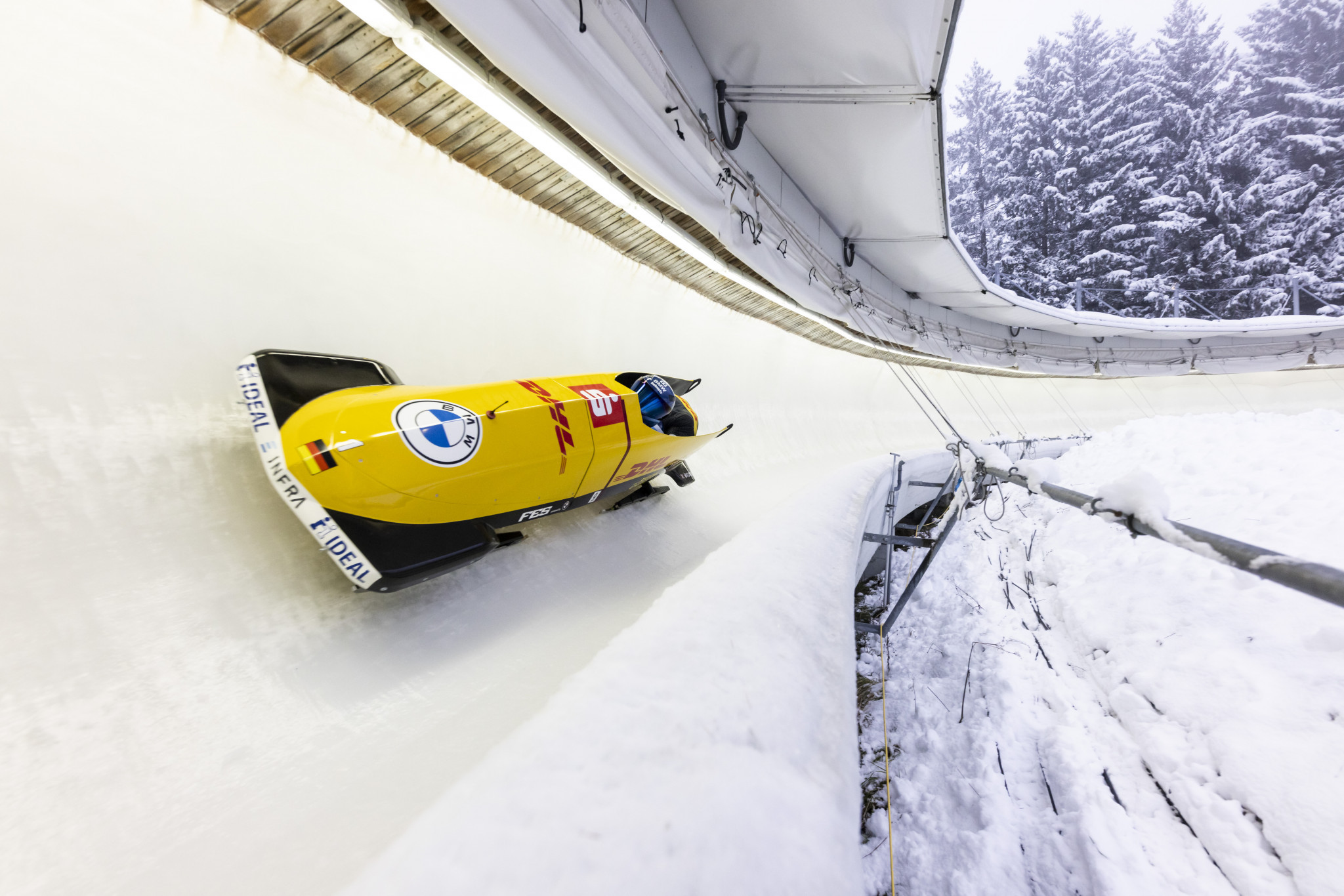 Francesco Friedrich continued his tremendous run of wins in the two-man bobsleigh with a fourth of the season on the second day of the International Bobsleigh and Skeleton Federation (IBSF) World Cup in Altenberg.

Friedrich and brakeman Thorsten Margis gave Germany a home victory and the pilot's ninth of the season in total, when combining his five wins in the four-man bobsleigh.

A great first run set them up well for room for error in the second, but they nearly matched the top second run too, finishing with a time of 1min 50.37sec.

Christoph Hafer and Issam Ammour made it a German one-two, finishing 0.22 seconds behind.

Justin Kripps and Cam Stones of Canada claimed the bronze medal, coming through with the fastest second run - with only 0.06 seconds separating them from sixth.

Christopher Spring and Mike Evelyn were right behind their compatriots in fourth, followed by Switzerland's Simon Friedli and Andreas Haas in fifth.

Rostislav Gaitiukevich and Mikhail Mordasov of Russia dropped from third to sixth on the second run.

Christine de Bruin led a Canadian one-two in the women's monobob, stringing together two consistent runs and taking advantage of a late mistake by compatriot Cynthia Appiah, who had one hand on the gold medal.

De Bruin finished her runs with a combined time of 1min 59.96sec, followed by Appiah just 0.13 seconds behind.

However, Appiah had the fastest first run and was the fastest through all the gates, until the last one.

A big shunt in the last 10 seconds of her final run saw her lose the lead and finish second.

Kaillie Humphries - previously of Canada but now representing the United States - was third, 0.19 off De Bruin.