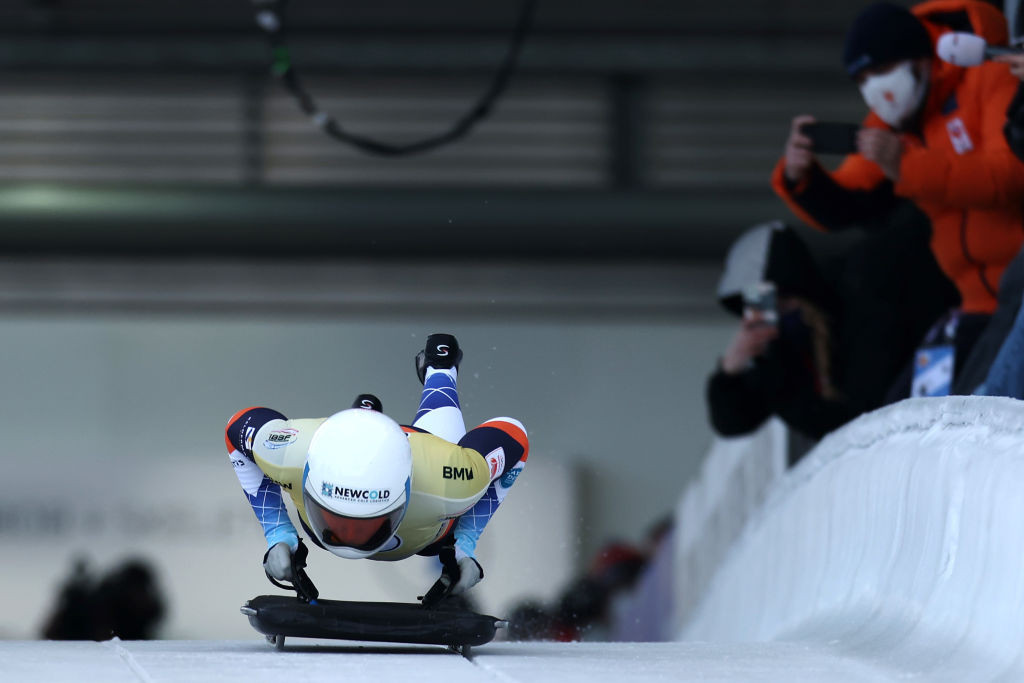 Kimberley Bos of The Netherlands extended her advantage at the top of the women's leaderboard after breaking the track record twice en route to clinching her first victory of the International Bobsleigh and Skeleton Federation World Cup in Winterberg.

Bos clocked a record 56.98sec in her opening run before bettering her own time by finishing her second in 56.70.

The performance gave the Dutch slider an overall time of 1min 53.68sec and a resounding win as she beat Germany's world champion, Tina Hermann, by 0.25.

Mirela Rahneva of Canada rounded out the podium after clocking a combined 1:53.97.

European champion Alexander Tretiakov of Russia secured his second victory of the season in the men's skeleton event.

Tretiakov, initially stripped of his Olympic gold medal from Sochi 2014 after he was implicated in the doping scandal before his result was reinstated on appeal, broke the track record of 55.50 in his second run on his way to topping the podium at the German venue.

The Russian clocked a combined 1:51.05 to beat Germany's world silver medallist Axel Jungk, who was 0.29 adrift in second place.

World champion Christopher Grotheer retained his overall lead on the World Cup standings after he finished third in 1:51.64.

Grotheer has amassed 835 points so far this campaign and is 24 clear of his compatriot Jungk in the race for the overall title.