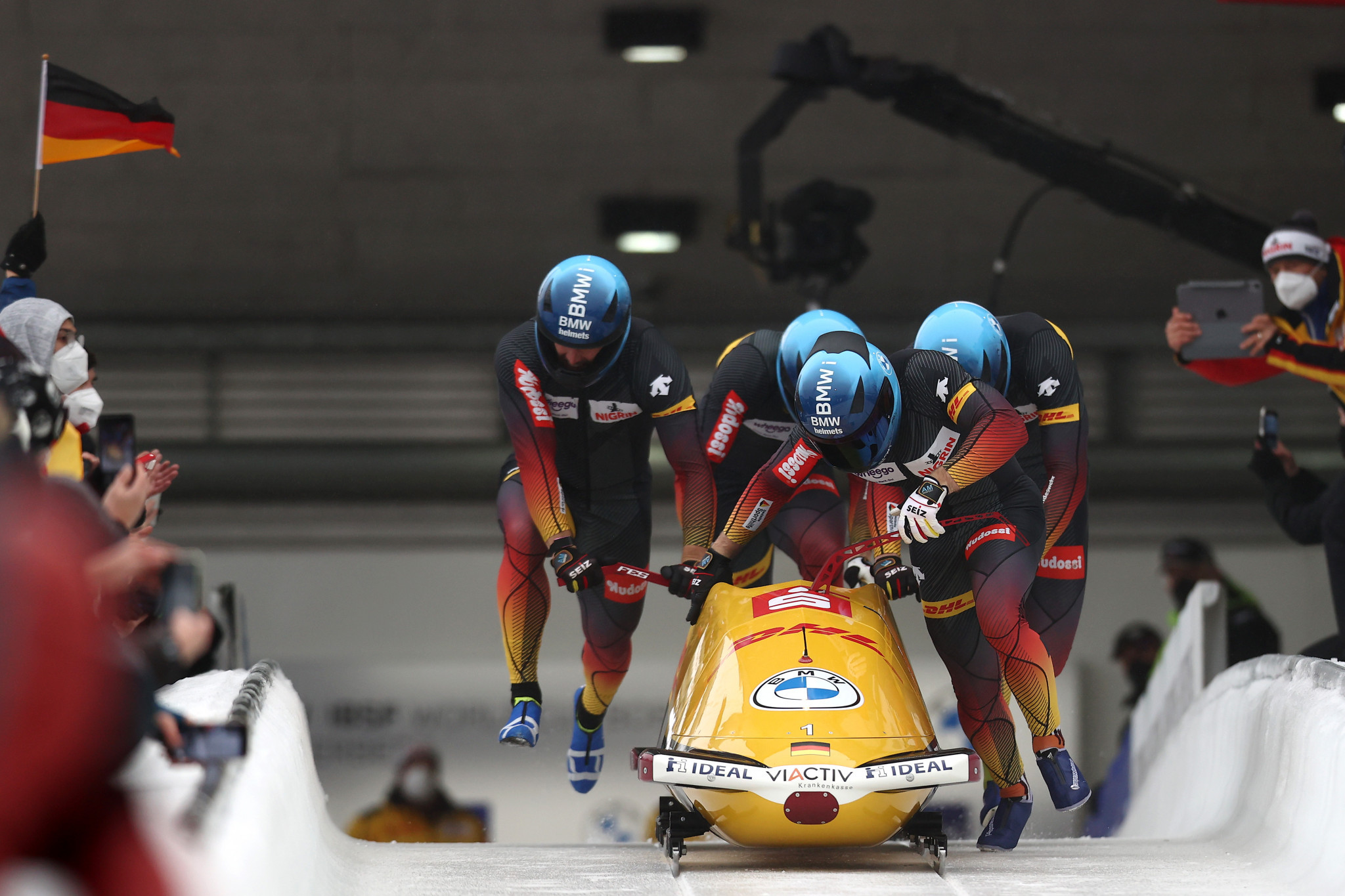 Germany pulled off victories in both the four-man and two-woman events at the International Bobsleigh & Skeleton Federation Bobsleigh World Cup in Winterberg in Germany.

Francesco Friedrich led his country to glory in the four-man to claim his 20th victory in the discipline.

Thorsten Margis, Candy Bauer and Alexander Schueller joined him as they crossed the line in 1min 49.38sec, reaching blistering top speeds of 134.83 kilometres per hour.

Laura Nolte and Deborah Levi combined to win gold after crossing the line in 1:53.77.

It marks Nolte's third win of the season after two victories in Igls in Austria, as well as a silver in the first event at Altenburg this season earlier this month.

The result extends Germany's lead at the top of the medal table with 12 gold medals, while Canada sits in second with five and the United States follow in third with four golds.

Nolte and Levi's compatriots Mariama Jamanka and Alexandra Burghardt had to settle for silver at the event after finishing just 0.07sec behind the leaders in 1:53.84.

The pair were punished by a slow start which saw them record the fourth fastest opening sector.

Germans Kim Kalicki and Leonie Fiebig then rounded out the top three in 1:54.13.

In the overall standings, Nolte is now on 885 points, while Kalicki on 812 points and Canada's Christine de Bruin on 792 are second and third, respectively.