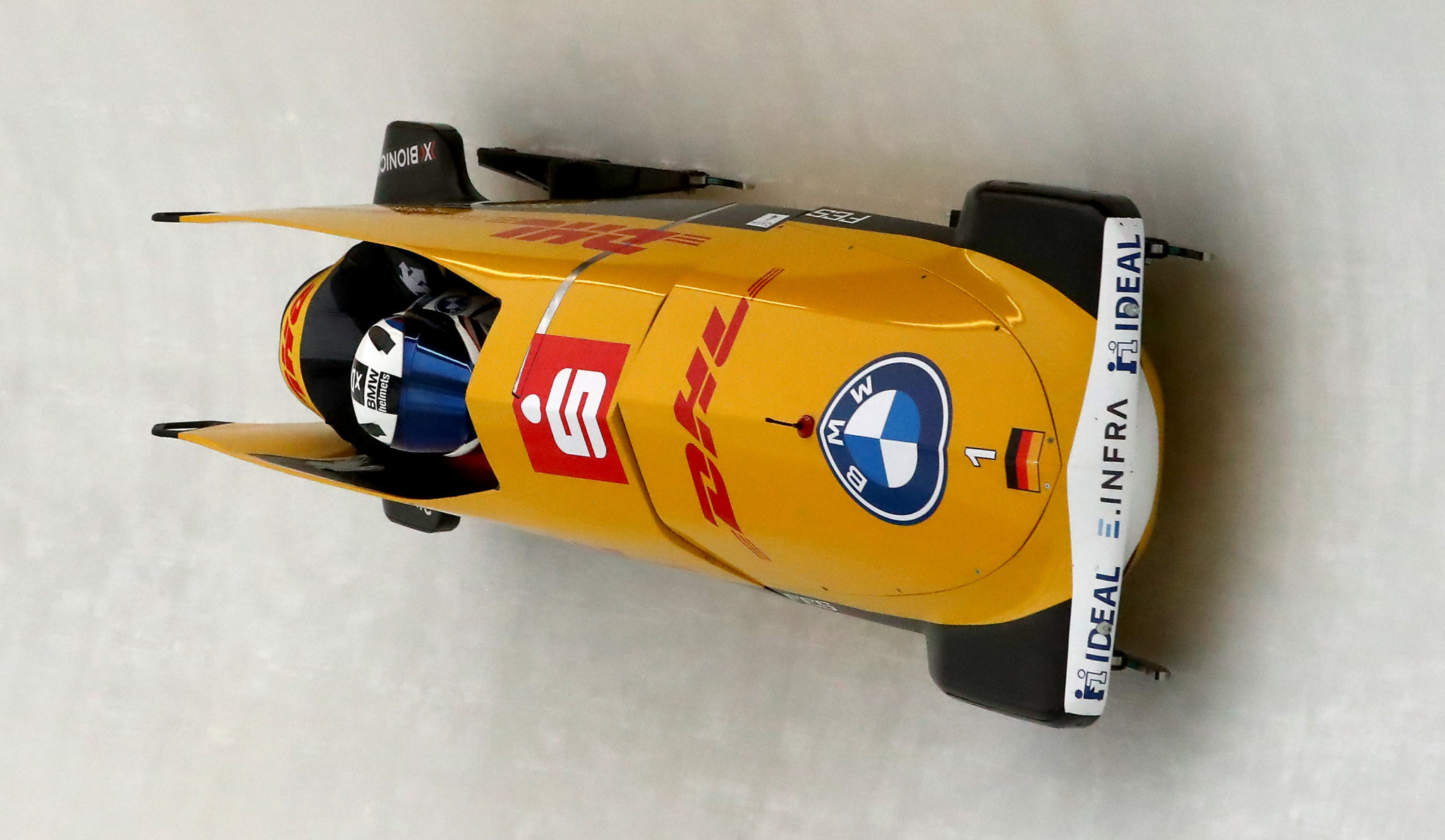 Germany's Francesco Friedrich and Alexander Schüller are unbeaten in two-man bobsleigh competition so far this season and will look for a fourth victory in the International Bobsleigh and Skeleton Federation (IBSF) World Cup leg at Altenberg this weekend.

It is expected to be a straight head-to-head with Friedrich's great rival, compatriot Johannes Lochner, who has finished second in all three races so far this season with Florian Bauer or Christopher Weber pushing.

Bobsleigh pilots Rostislav Gaitiukevich of Russia, Canadian Justin Kripps and Britain's Brad Hall have all finished with a third-place finish so far this season.

Friedrich's dominance extends to the four-man bobsleigh, in which he has won all five races in the 2021-2022 campaign.

Lochner's form has been messier, with only two second-place finishes, meaning even a poor performance from the favourites will keep them top with two rounds to go.

Hall has two silvers to his name, but has been otherwise inconsistent, while Austrian Benjamin Maier and Kripps have both made the podium twice.

Germany's Laura Nolte - partnered with either Leonie Fiebig or Deborah Levi - has also been strong in two-woman competition this season, having won three races out of four.

Her compatriot Kim Kalicki sits in second, having partnered with Fiebig and Alexandra Burghardt, and has a worst finish of fourth - as do Canadians Christine de Bruin and Kristen Bujnowski who have claimed bronze thrice so far.

Americans Kaillie Humphries and Kaysha Love won in Altenberg last time out and will be looking to improve their inconsistent form.

Alexander Tretiakov of Russia became the first men's skeleton repeat winner last time out in Winterberg, but two ninth-place finishes has him in third in the standings behind the more consistent Germans Christopher Grotheer and Axel Jungk, who are first and second in the overall standings.

Kimberley Bos of The Netherlands is top of the women's skeleton standings, but German Tina Hermann will be confident of winning again in Altenberg, after she claimed victory there earlier this season.

Russian Elena Nikitina was the first two races of the season but is yet to return to the podium.

The IBSF World Cup leg in Altenberg is scheduled to start tomorrow, with skeleton racing, and end on Sunday (December 19).