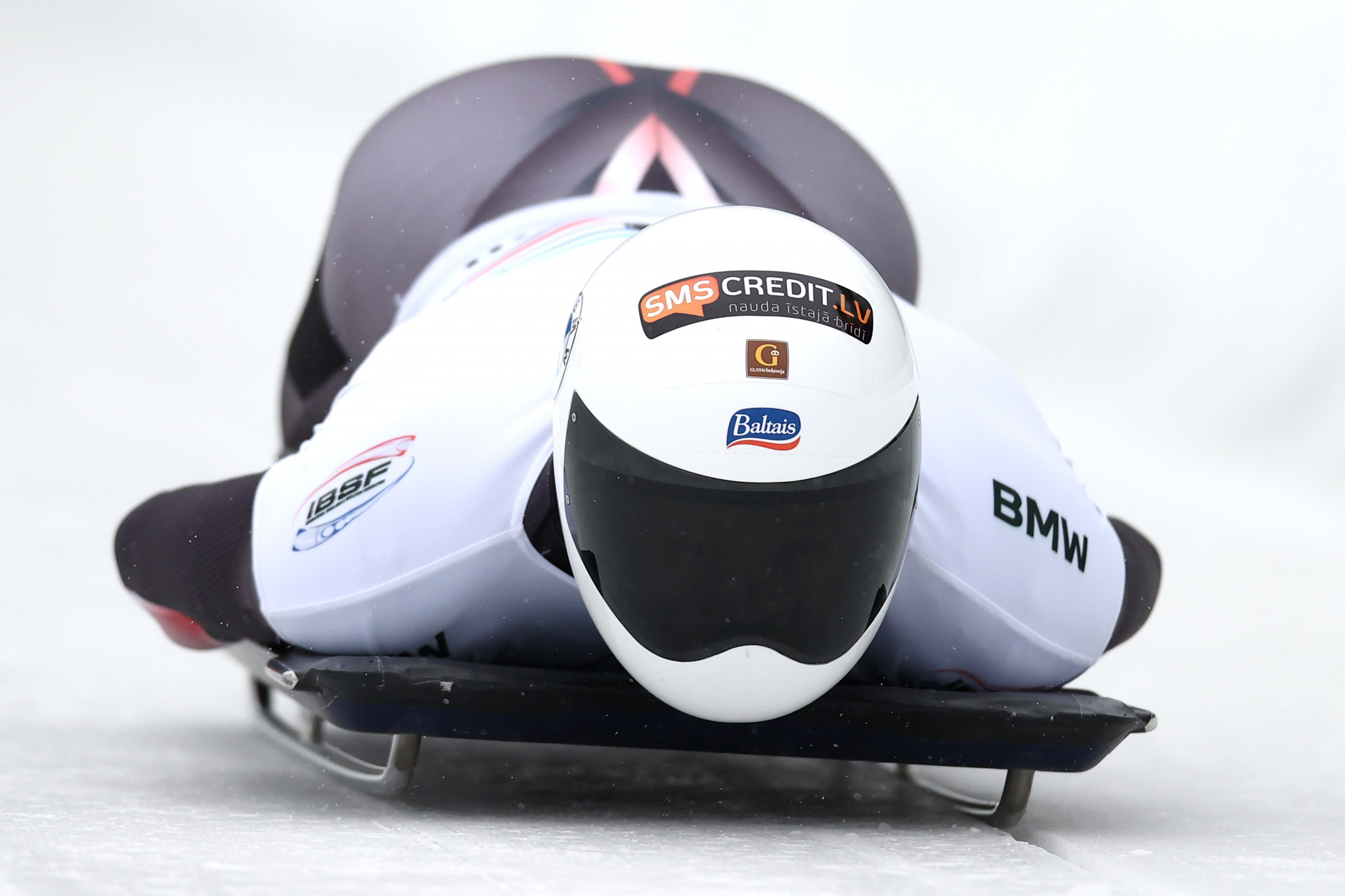 Latvian Martins Dukurs and Tina Hermann of Germany took the wins in the men's and women's skeleton on the first day of competition at the International Bobsleigh and Skeleton Federation (IBSF) World Cup in Altenberg in Germany.

Dukurs triumphed in the men's race over the three winners so far this season, to take the gold medal with a strong second run.

He finished run one behind Germany's Axel Jungk, with another home favourite Christopher Grotheer just in front of Russian Alexander Tretiakov in third.

But the second run was where he made up ground, nearly matching the storming first effort of Jungk to claim the victory with a combined time of 1min 53.90sec.

The Latvian is the defending World Cup champion in skeleton.

Jungk struggled throughout his second run, but had enough to take the silver, 0.19 seconds behind.

Grotheer was 0.41 off Dukurs in the end for the bronze, with Tretiakov another two tenths off in fourth.

In the women's skeleton there was a home victory for Tina Hermann who held on to the lead by just 11 thousandths of a second to beat Italian Valentina Margaglio in a time of 1:59.03.

Yulia Kanakina of Russia had a strong first run, finishing second, but could not keep up with the top two in the end and took the bronze medal.

Austrian women's World Cup champion from last season Janine Flock and Kim Meylemans of Belgium were in the top five too.

Grotheer and Dutch slider Kimberley Bos - who only finished 10th today - remain top of the men's and women's standings respectively.