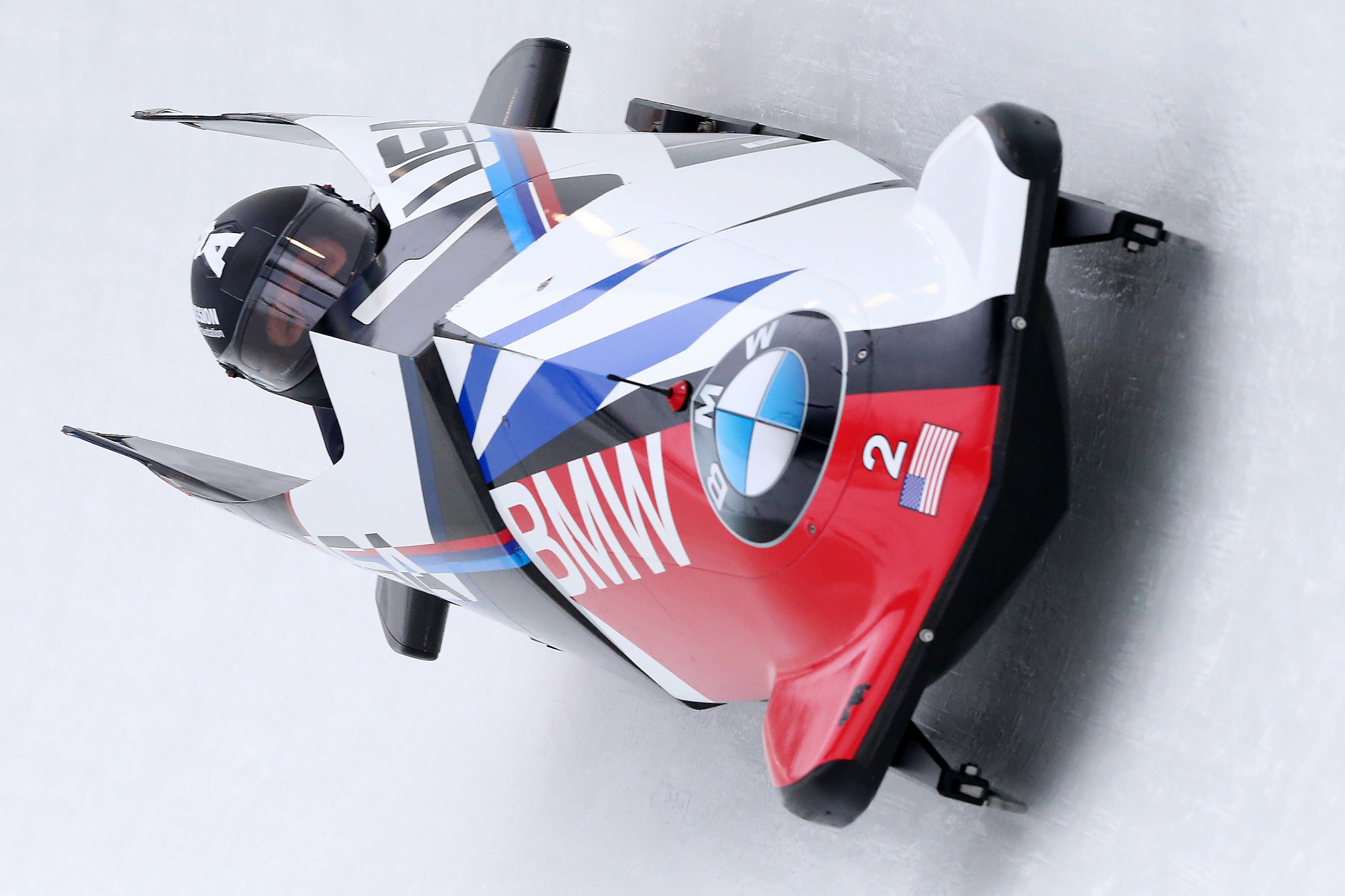 The American, competing with brakewoman Lake Kwaza, placed second at the halfway stage of the two-woman competition after achieving a time of 57.31sec at the Olympic Sports Complex.

Germany’s Stephanie Schneider and Deborah Levi had led the standings after finishing their first run in 57.20.

Meyers Taylor and Kwaza rose to first place after the second run of the event, clocking 57.48.

Their combined time of 1min 54.79sec proved enough to secure a second World Cup win of the season.

Schneider and Levi slipped to third place after the second run as the Germans ended with an overall time of 1:55.27.

Germany's Olympic champion Mariama Jamanka and her brakewoman Franziska Bertels missed out on the podium for the first time this season, ending fourth.

Jamanka remains the World Cup leaders on 1,487 points heading into the final race in Calgary, with team-mate Schneider lying second on 1,396.

The German triumphed with Thorsten Margis.

They finished their two runs of in 1:52.35, with France’s Romain Heinrich and Dorian Hauterville ending 0.28 seconds off the pace to earn a maiden World Cup podium finish.

Canada’s Justin Kripps and Cameron Stones rounded off the podium after ending a further 0.02 seconds back.

Friedrich is effectively assured of the overall World Cup title with his streak of victories giving him a total of 1,575 points.

The pair finished with a combined time of 1:50.59, with Nikitina making up a 0.20 seconds deficit to her rival in the second run.

With two gold medals awarded, no silver medal was presented.

The bronze was earned by the United States’ Kendall Wesenberg, 0.51 seconds behind the leading duo.

Nikitina leads the overall World Cup standings on 1,287 points, with Lölling second on 1,244

The men’s skeleton event is scheduled to tale place tomorrow, along with the men’s four-man bobsleigh event.