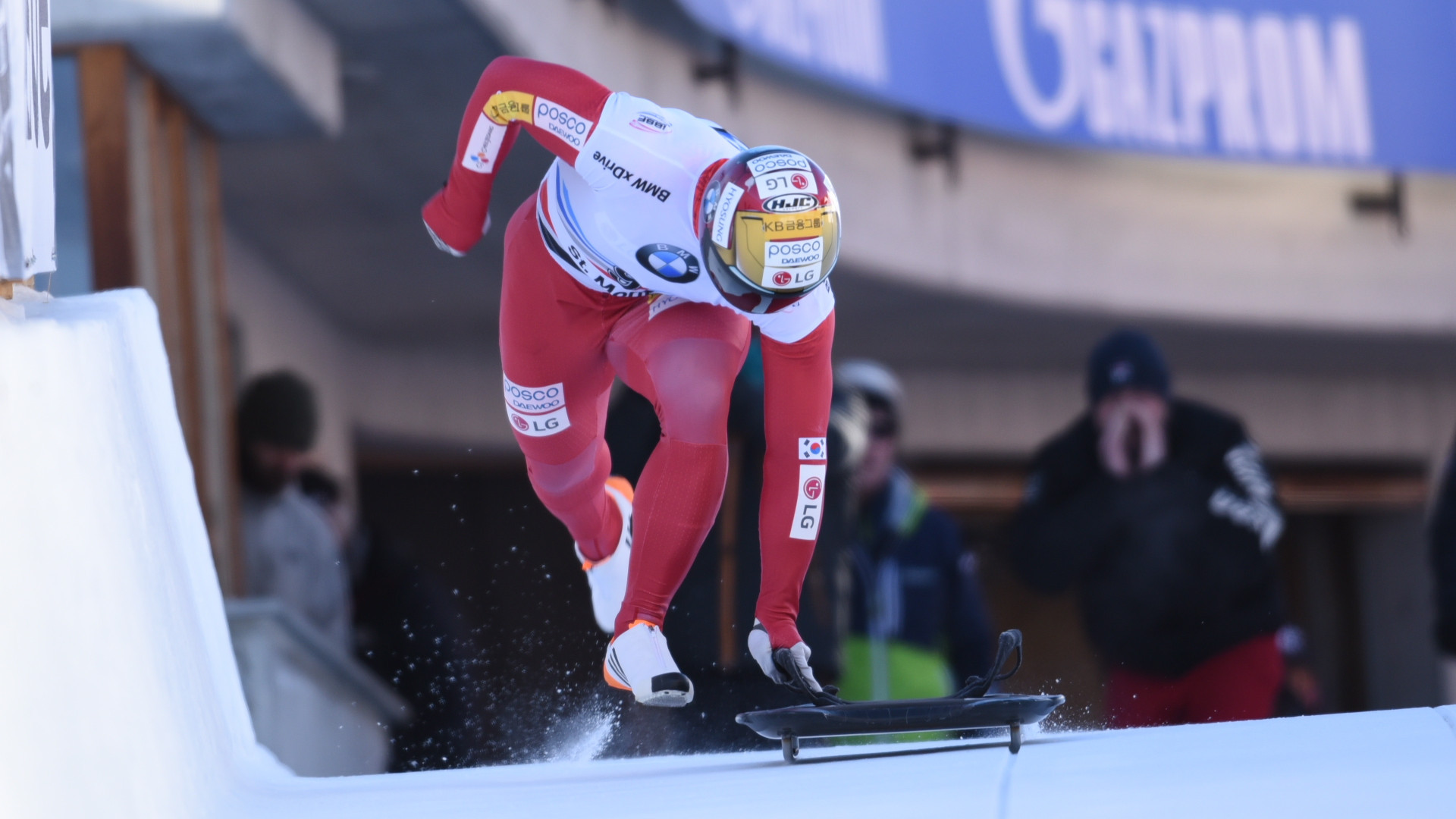 Olympic champion Sungbin Yun of South Korea has secured his first International Bobsleigh and Federation (IBSF) World Cup win of the season in St Moritz and has taken the lead in the overall standings.

Yun had not recorded an IBSF World Cup victory since winning the skeleton gold medal at Pyeongchang 2018.

He got his first win of the season on the St Moritz-Celerina Olympic Bobrun in Switzerland, recording a total time of 2min 15.96sec.

In second and third were Russia's Alexander Tretiakov and Nikita Tregubov, who finished in 2:16.16 and 2:16.23 respectively.

Tretiakov was Yun's predecessor as Olympic champion having been allowed to keep his gold medal from Sochi 2014 following an appeal having been implicated in the Russian doping scandal.

He was still barred from competing at Pyeongchang 2018, however, where Tregubov won the silver medal behind Yun.

He then came fifth in his second run, placing eighth overall.

Yun now overtakes Tretiakov in the overall standings by the narrowest of margins on 1,045 points with his rival on 1,044.

The two are considerably ahead of third place, occupied by Tregubov with 969 points.

In the women's skeleton event, Canada's Mirela Rahneva was victorious with a total time of 2:17.77, managing a season track record of 1:08:55 on her second run.

This was only her second IBSF World Cup first place finish, with her debut win taking place at the same venue two years ago.

Russia's Elena Nikitina finished second in 2:18.00, while Germany's Jacqueline Loelling was in third with 2:18.63.

These results saw Nikitina, the Sochi 2014 bronze medallist but, who like Tretiakov was not allowed to compete at Pyeongchang 2018 due to doping allegations, slightly extend her lead in the overall standings.

Loelling is in second overall with a score of 1,019 points, while her compatriot Tina Hermann, ffourth in St Mortiz, is in third place overall with 986.

The IBSF World Cup competition is due to continue tomorrow in St Moritz with the two-man and woman bobsleigh races.

It will then conclude with the four-man bobsleigh on Sunday (January 27).