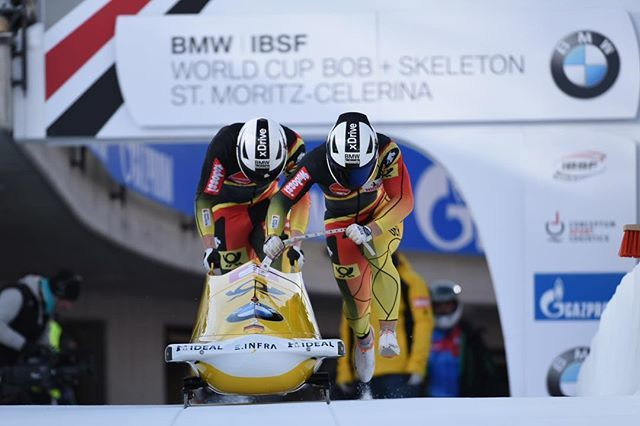 It was the Olympic champion's sixth win this season and 20th World Cup victory overall, with Friedrich now unbeaten in the two-man bobsleigh for more than a year.

In second was the German duo of Johannes Lochner  and brakeman Christian Rasp, who finished in 2:12.69.

Latvia's Oskars Kibermanis and Matiss Miknis came third with a time of 2:12.80.

The Swiss pair of Michael Vogt and Sandro Michel gave the crowd something to cheer about when they recorded the best World Cup result of their careers, placing fourth in a time of 2:13.08.

Friedrich sits on top of the overall two-man bobsleigh standings with a perfect score of 1,350, with Kibermanis in second on 1,204 and Dominik Dvorak of the Czech Republic in third with 928.

In the two-woman bobsleigh event, the United States' Elana Taylor Meyers secured her first win of the season.

Alongside Lauren Gibbs, she recorded a time of 2:16.11 to beat the German duo of Stephanie Schneider and Sophie Lisa Gericke, who finished in 2:16.71.

World Cup leader Mariama Jamanka and her brakewoman Franziska Bertels, also from Germany, were in third with a time of 2:16.87.

Jamanka remains on top of the standings with 1,295 points, with compatriots Schneider in second on 1,196 and Anna Koehler in third with 1,128 points.

The competition is due to conclude tomorrow with the four-man bobsleigh.