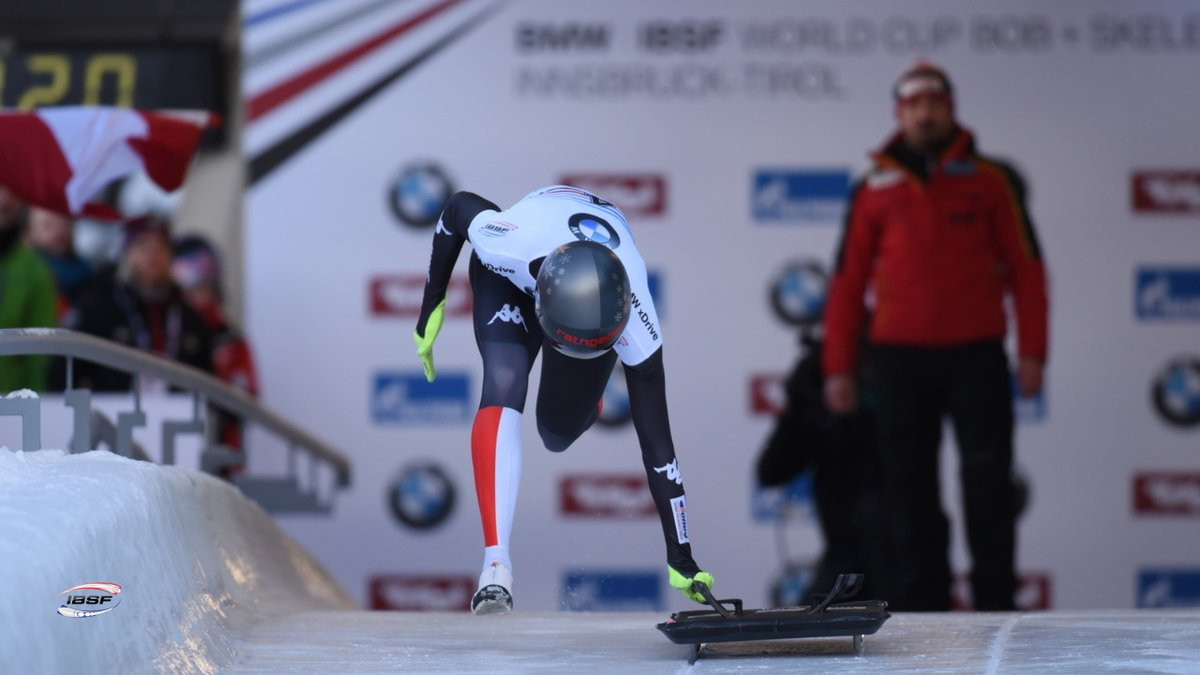 Newly-crowned European champions Martins Dukurs of Latvia and Janine Flock of Austria will look to continue their form at the International Bobsleigh and Skeleton Federation (IBSF) World Cup leg in St Moritz.

Dukurs and Flock were named European champions after winning the men's and women's skeleton races in Innsbruck last week.

It was Dukurs' first victory of the season but his 10th consecutive European title, while Flock won her third title following success in 2014 and 2016.

The duo will now compete at the IBSF World Cup event in St Moritz, with the men and women's skeleton races taking place tomorrow on the Swiss track.

They will be competing against the current World Cup leaders, Elena Nikitina and Alexander Tretiakov of Russia.

Nikitina currently has a 33-point lead in the women's skeleton, with World Cup defending champion Germany's Jacqueline Lölling in second.

Both athletes were implicated in the Russian doping crisis, initially having their respective Olympic medals stripped but then returned following a successful appeal to the Court of Arbitration for Sport.

In the two-man bobsleigh event, Germany's Francesco Friedrich will look to extend his winning streak, which has already lasted for a year following his victory in Innsbruck.

This puts the double Pyeongchang 2018 Olympic champion 121 points ahead of his closest rival, Latvia's Oskars Kibermanis.

Friedrich also won the four-man bobsleigh in Innsbruck, securing his third win of the season in that event and increasing his lead in the standings to 58 points.

Olympic champion Mariama Jamanka of Germany will be favourite in the two-woman bobsleigh, having achieved three wins and two second place finishes so far this season.

She sits at the top of the standings with 1,095 points, 109 points ahead of her compatriot Stephanie Schneider in second place.

Following tomorrow's men and women's skeleton events, the two-man and women's bobsleigh races will then take place on Saturday (January 26).

The competition will conclude with the four-man bobsleigh on January 27.