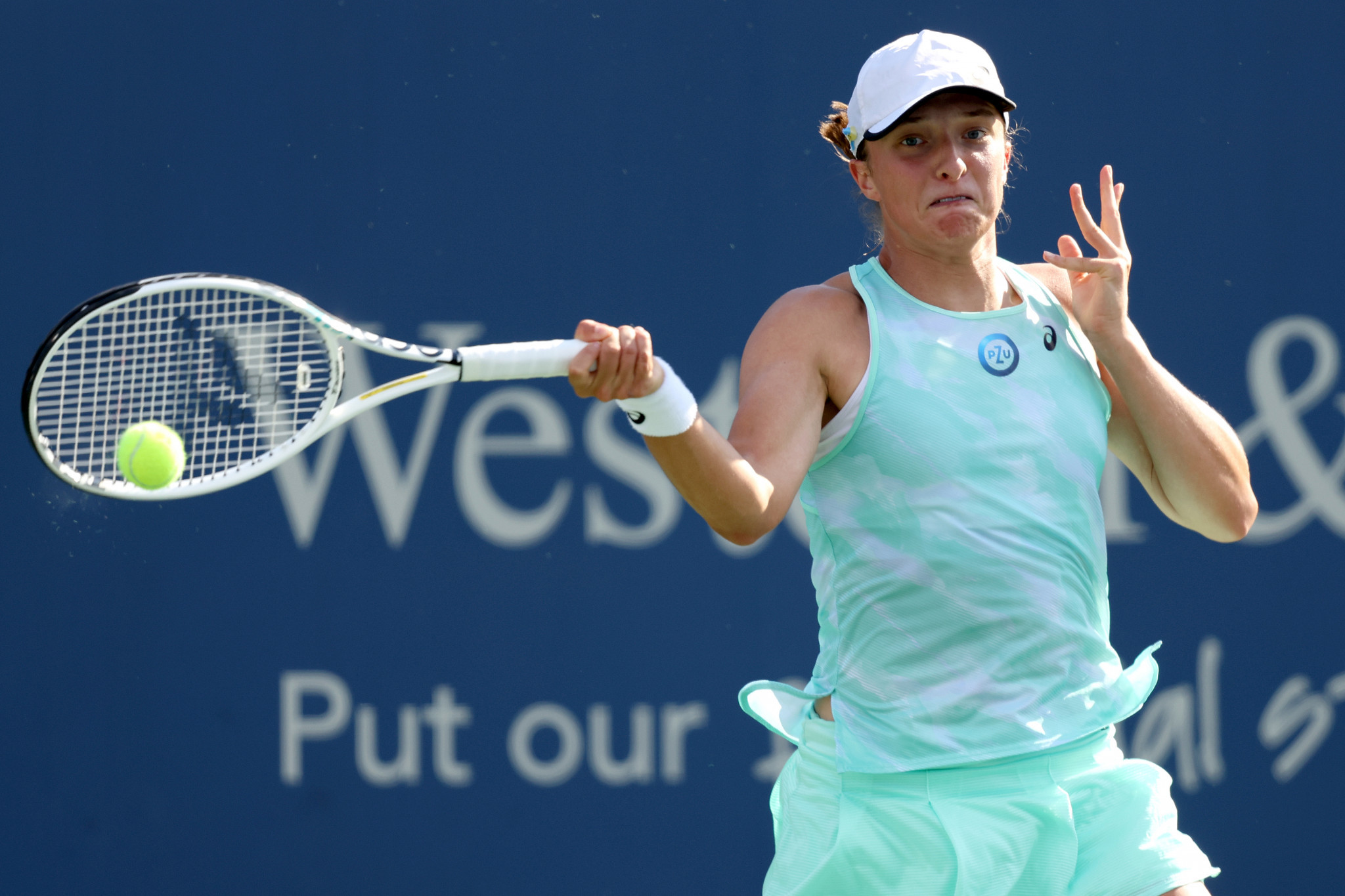 Women's singles world number one-ranked tennis player Iga Świątek has criticised the balls used for females at the US Open, calling for change at Flushing Meadows, the only Grand Slam to still have such a rule.

The Polish two-time French Open winner called them "horrible" in a press conference, with the women using Wilson regular duty balls, which have a thinner and less fluffy felt cover, leading to faster shots.

"I think those balls are horrible," said Świątek.

"Especially after three games of really hard playing, they are getting more and more light.

"At the end, you can't even serve 170 kilometres per hour because you know it's going to fly like crazy.

"Yeah, I think they are pretty bad."

She argued they lead to increased errors during the tournament, noting that many of the complainants are from those in the top 10.

As she departed the press conference, she turned to the press saying: "You've just started a war", over the balls.

"A number of factors are considered in these decisions, and the USTA will continue to follow the recommendations of the tours and their player councils to determine which balls are utilised during the US Open," they said.

Ashleigh Barty's coach Craig Tyzzer said she would never win the US Open due to the balls, saying Britain's Emma Raducanu's surprise victory in 2021 was testament to that.

American number one Jessica Pegula noted she saw an increase in her double faults.

Other women's players - such as American Madison Keys and Czech Republic's Petra Kvitová - praised the balls; while top men's players Rafael Nadal of Spain and defending champion Russian Daniil Medvedev said they were not aware the balls were different.

The US Open started today in New York.