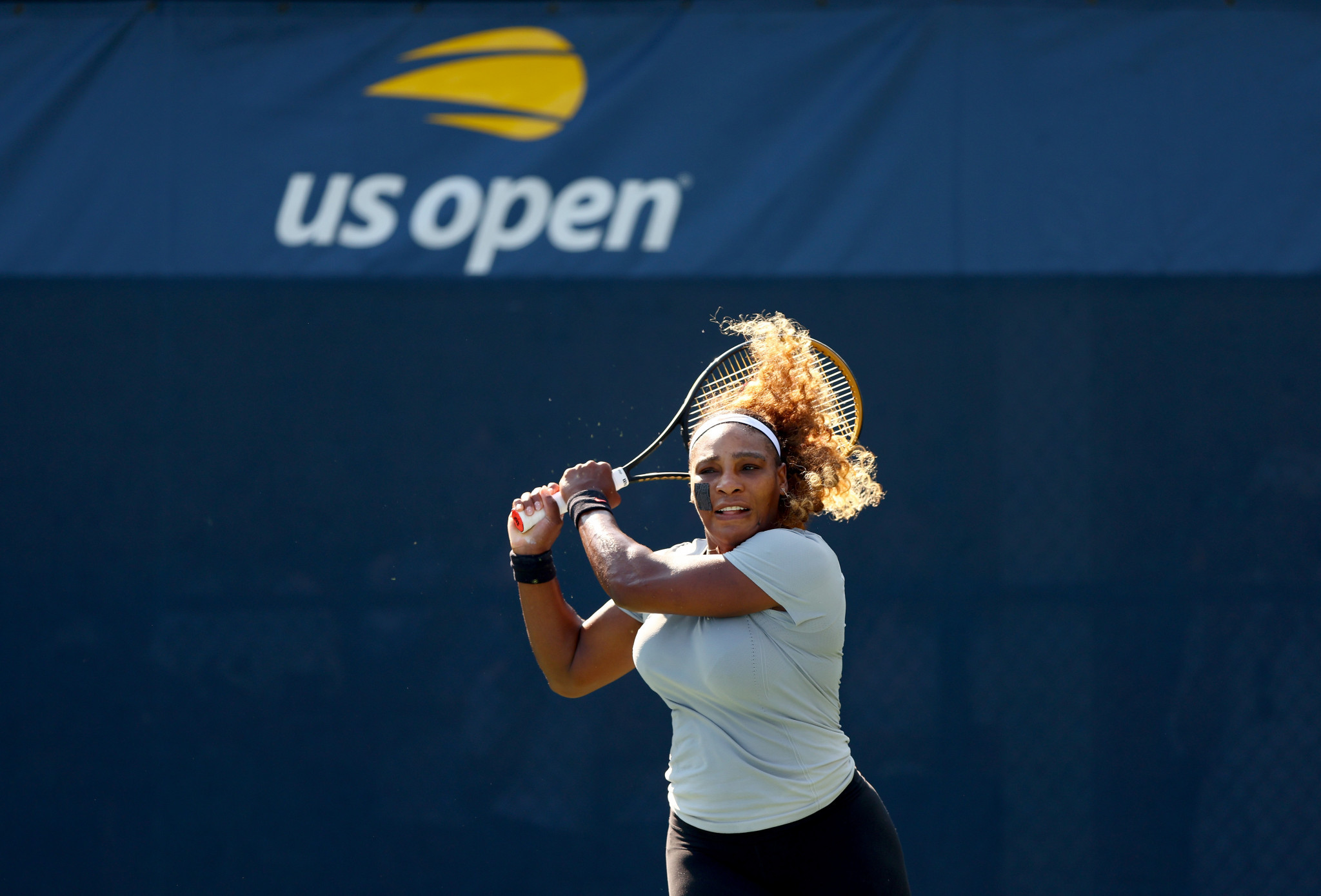 American tennis great Serena Williams is expected to make her final Grand Slam appearance at the US Open, while Russian Daniil Medvedev will hope to cash in on the absence of Serbian star Novak Djokovic to retain the men’s singles crown.

Williams has confirmed that she will be "evolving away from tennis" after the last Grand Slam of the year in New York City to concentrate on "other things that are important to me", admitting it is time to move "in a different direction".

It is set to be an emotional farewell for the 40-year-old who has won six of her 23 Grand Slam singles titles at the US Open, with the first of those coming in 1999.

The four-time Olympic gold medallist, who made her US Open debut 24 years ago, has been drawn against Danka Kovinić of Montenegro in the women’s singles first round.

That match is due to be played on the Arthur Ashe Stadium court tomorrow.

Williams has also gained a wildcard entry into the women’s doubles event alongside her older sister Venus Williams.

"It's going to be emotional for everybody and it's hard to play when you know this is goodbye," American tennis legend Martina Navratilova told the Press Association.

"I had a hard time getting the racket out of my racket bag for those last matches that I played.

"Hopefully it will be a good ending."

While all eyes will be on Williams, British 19-year-old ace Emma Raducanu will be aiming to retain the women's singles crown.

Raducanu shocked the sporting world last year when she came through qualifying to win the US Open title without dropping a set.

It has been a difficult 12 months for Raducanu since that memorable triumph, failing to get beyond the second round in the past three majors, and she has been hit by injury issues.

But Raducanu insists she is ready to embrace the role as defending champion as she faces experienced Frenchwoman Alizé Cornet in the opening round.

"I think you guys are thinking probably more about pressure and ranking than me," said Raducanu.

"As I said last year, I’m just going to do things my way."

World number one and reigning French Open champion Iga Świątek is expected to make a strong challenge for the women’s singles crown but the Pole never gone beyond the fourth round in New York.

The men’s field will be without 21-time Grand Slam champion Djokovic who announced his withdrawal earlier this week.

The Serbian, who has won the US Open on three occasions and lost last year's final to Medvedev, is not allowed to enter the US because he is not vaccinated against COVID-19.

After being banned from competing at Wimbledon, players from Russia and Belarus will be able to participate as neutrals at the US Open.

The stance means Medvedev will be allowed to defend the men’s singles title as he tackles American qualifier Stefan Kozlov in the first round.

"I love coming back here, I feel at home straightaway," said the world number one.

"I've always loved the tournament itself, loved being here, loved the energy.

"In New York, I have a special relationship with the crowd.

"I have no idea how it’s going to go this year, but I'm happy to be here and happy to experience whatever’s going to happen."

Medvedev could face Australia's Wimbledon finalist Nick Kyrgios in the fourth round and is in the same half as Greece's Stefanos Tsitsipas.

Spanish world number three Rafael Nadal returns to the US Open for the first time since winning the tournament in 2019.

Nadal, who has recently recovered from an abdominal tear, is aiming for a 23rd Grand Slam singles crown.

Another Spaniard to watch out for is 19-year-old sensation Carlos Alcaraz who could meet Nadal in the semi-finals.