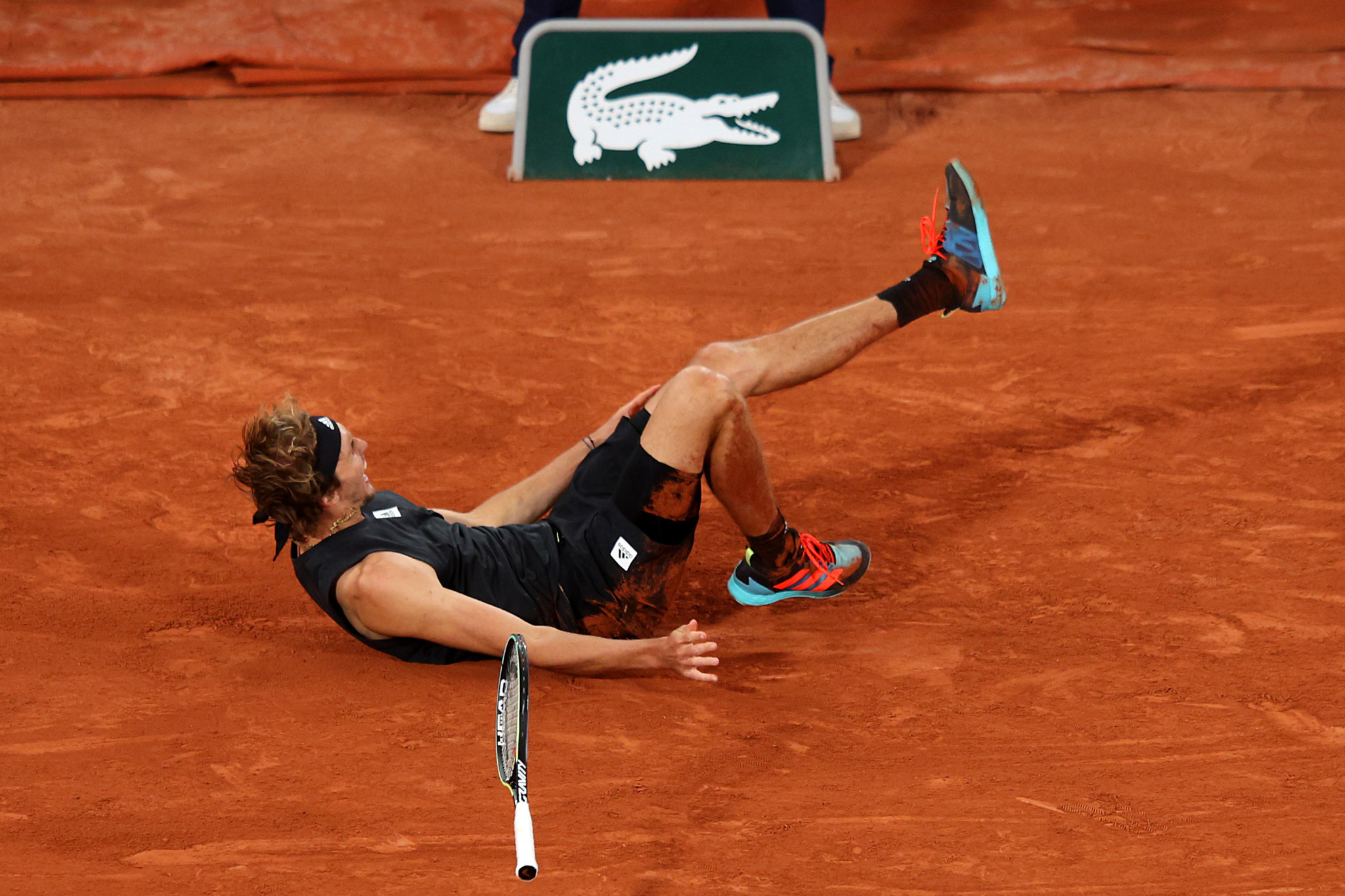 Germany's Zverev, a US Open finalist in 2020, is still suffering from an ankle injury which has seen him sidelined since June.

He rolled his right ankle while chasing a ball behind the baseline against Spaniard Rafael Nadal in the men's singles semi-finals at the French Open.

The 25-year-old had played 27 consecutive Grand Slam main draws since his 2015 debut before this injury also forced him out of Wimbledon.

He had played seven straight US Open main draws, and in addition to finishing as runner-up to Austria's Dominic Thiem in 2020, he reached the semi-finals last year.

Opelka did not explain the reasoning behind his absence from the Open but recurring injuries and fatigue are suspected to be a factor.

His withdrawal enables compatriot Jack Sock to enter the main draw of the season-ending Grand Slam.

Opelka reached number 28 in the Association of Tennis Professionals world singles rankings this week, behind countrymen Taylor Fritz and Frances Tiafoe in 12th and 24th, respectively.

The 24-year-old has also missed the last two Masters 1000 tournaments - the Canadian Open and the Cincinnati Masters.

American Stefan Kozlov has moved into the main draw to replace Zverev.

He is a 24-year-old Floridian and is due to make his US Open debut in New York after failing in the qualifying stage on six previous occasions.

Triple US Open champion Novak Djokovic is also set to miss out on the competition as he is unvaccinated against COVID-19, although he remains on the entry list.

The stance means that he does not meet American rules that require travellers to show proof of being fully vaccinated to board flights and enter the country.

The Serbian has said that he is prepared to miss Grand Slam tournaments that make vaccinations mandatory.

This year's US Open is scheduled to take place from August 29 to September 11, and is set to be the tournament's 142nd edition.