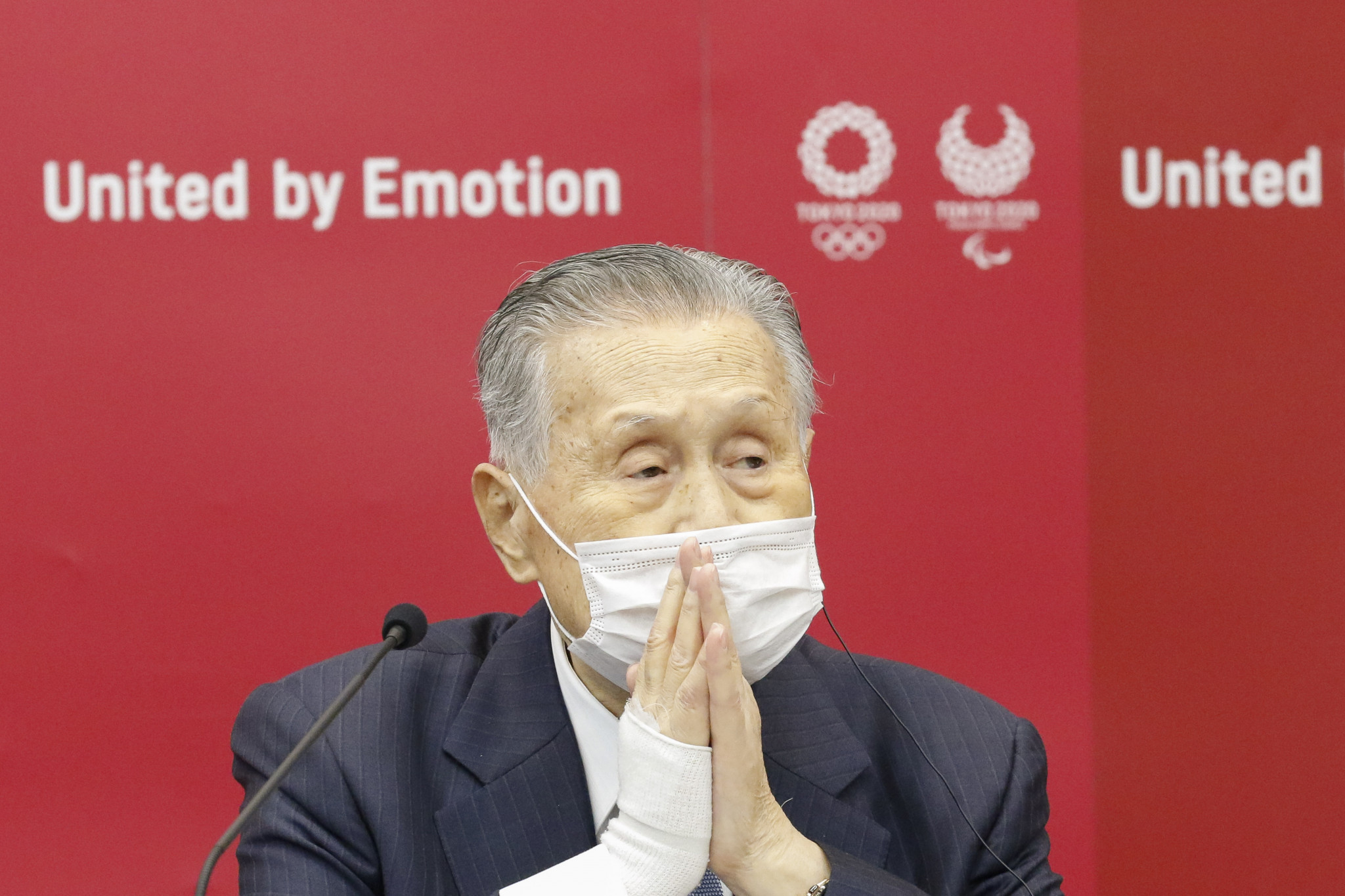 Yoshirō Mori has defended his sexist comments that sparked a global outcry and led to his resignation as President of the Tokyo 2020 Organising Committee, insisting "I got scolded for telling the truth".

"On Boards with a lot of women, the meetings take so much time," said Mori, as reported at the time by the Japanese newspaper Asahi Shimbun.

Mori claimed he was "deeply sorry" for his controversial comments which resulted in more than a week of intense pressure before he offered his resignation as head of Tokyo 2020.

According to Japanese news agency Kyodo News, Mori has now hit back at the criticism he received when speaking about his remarks at a Tokyo party with lawmakers of the ruling Liberal Democratic Party.

"I simply said that women talk a lot," said Mori, per Kyodo News.

"I get scolded for telling the truth."

The 84-year-old is known for his public gaffes, particularly during his tenure as the country’s Prime Minister.

His comments, which were branded "deeply inappropriate" by the International Olympic Committee, led to hundreds of volunteers pulling out of the Games.

Olympic sponsors such as Toyota also publicly criticised the remarks, while female politicians in Japan's House of Representatives wore white, in homage to the 20th century suffragette movement in the United States, to protest.

Mori’s departure came just five months before Tokyo staged the delayed Olympics and Seiko Hashimoto was chosen as his successor.

Hashimoto, an Olympic speed skating bronze medallist, stepped down as Olympics Minister prior to taking up the position as head of the Organising Committee for the postponed Games.