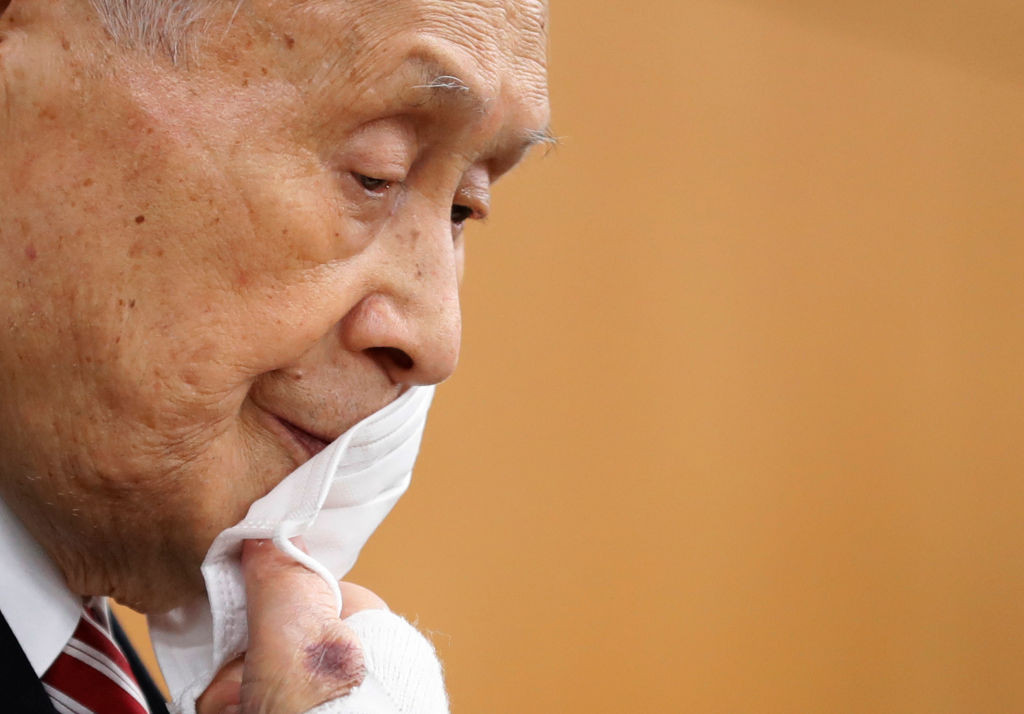 Yoshirō Mori has resigned as President of the Tokyo 2020 Organising Committee after his sexist comments about women sparked a global outcry and led to calls for him to step down.

The 83-year-old former Japanese Prime Minister offered his resignation during a meeting with Tokyo 2020 Council and Executive Board members today.

Mori's departure leaves Tokyo 2020 needing to find a new head less than five months before the rescheduled Olympic Games are due to open and follows more than a week of intense criticism about his comments, where he implied women talk too much.

Former Japan Football Association President Saburo Kawabuchi, who at 84 is a year older than Mori, had emerged as the frontrunner to replace Mori but reports today have claimed he has turned down the role.

Tokyo 2020 promised it would "proceed with the appointment of a successor in a swift and transparent manner in order to limit the impact on our preparation for the Games".

"We will also consider specific actions to take, in light of opinions and recommendations voiced at today's gathering, regarding how we can use this opportunity to further promote gender equality in society," organisers added.

Tokyo 2020 has established a Candidate Review Committee, which will have equal gender representation, to oversee the appointment of Mori's successor.

Organisers have also announced plans to establish a gender equality promotion team and to increased the number of female members of the Tokyo 2020 Executive Board.

The storm caused by Mori, who again apologised today, is the latest crisis for organisers of the rescheduled Olympics and Paralympics, who are battling waning public support for the event in Japan and suggestions the Games may have to be cancelled because of the coronavirus pandemic.

"What is important is to hold the Olympics from July," Mori said.

"It must not be the case that my presence becomes an obstacle to that."

Mori, known for a string of public gaffes, sparked widespread uproar last week when he made the remarks about women during a Japanese Olympic Committee meeting.

"On Boards with a lot of women, the meetings take so much time," he said.

When pressed on whether he thought women did talk too much after he had apologised, Mori said: "I don't listen to women that much lately so I don't know."

The writing had been on the wall for Mori after the International Olympic Committee (IOC) branded his remarks "absolutely inappropriate" in a statement released five days following the comments.

The IOC had previously said Mori's apology meant the issue was "closed".

IOC President Thomas Bach said the organisation "fully respects Mr Mori's decision to step down and understands his reasons for doing so", but stopped short of criticising the former Tokyo 2020 head.

"At the same time, we would like to thank him for his outstanding contribution to the organisation of the postponed Olympic and Paralympic Games Tokyo 2020 over the course of the past years," Bach said.

"Among his many accomplishments, President Mori helped to make Tokyo the best-ever prepared Olympic city.

"The IOC will continue working hand-in-hand with his successor to deliver safe and secure Olympic Games Tokyo 2020 in 2021."

In a statement, International Paralympic Committee President Andrew Parsons said he hoped "the domestic and international reaction over the last seven days can be harnessed so that society places greater emphasis on diversity and inclusion, not just in terms of gender representation, but race, sexuality, and persons with disabilities".