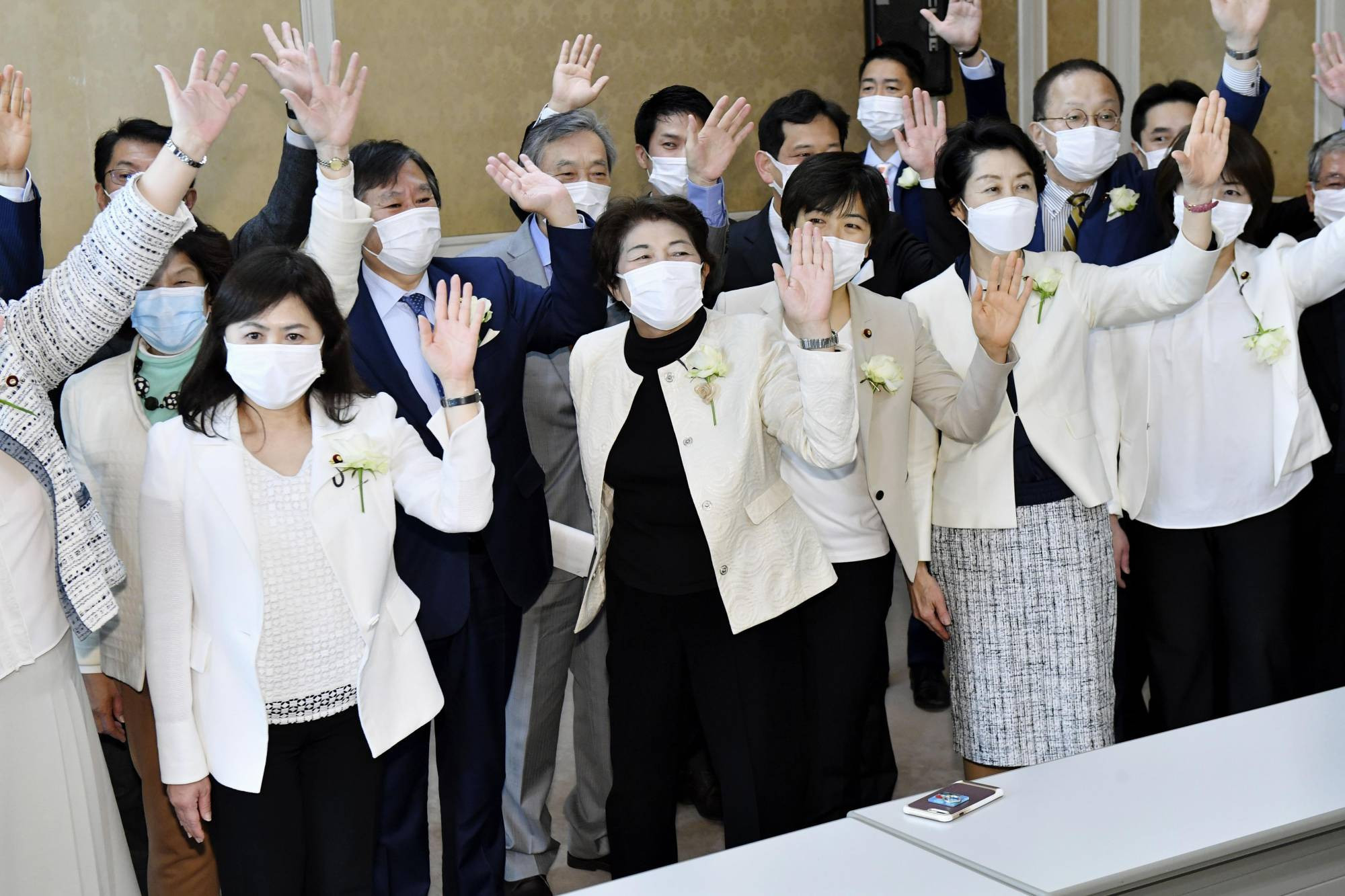 Japan's female politicians wore white to a House of Representatives session to protest the sexist remarks made by Tokyo 2020 President Yoshirō Mori.

Members of the opposing Constitutional Democratic Party of Japan organised the protest, with politicians from the Japanese Communist Party and the Democratic Party for the People also participating.

According to Kyodo News, the women wore white jackets with white roses on their lapels, an homage to the 20th century suffragette movement in the United States.

Members of the House of Councillors also wore white and attended the session as observers.

The pressure on Mori to step down from the helm of the Organising Committee for the Olympic and Paralympic Games has grown since he made the sexist comments last week.

"On Boards with a lot of women, the meetings take so much time," Japan's former Prime Minister had said during a Japanese Olympic Committee meeting, according to Asahi Shimbun.

Mori, known for a string of public gaffes, claimed he was "deeply sorry" for his remarks at a media conference.

The response to Mori's comments include the resignation of 390 Tokyo 2020 volunteers and the creation of a petition urging for action against the 83-year-old, which more than 145,000 people have signed so far.

"We are disappointed by the recent comments from the President of Tokyo Organising Committee of the Olympic and Paralympic Games, which are contrary to the values that Toyota respects and supports," Toyota Motor Corp President Akio Toyoda told Bloomberg.

Asahi Holdings, the holding company of beer maker Asahi Breweries, called the comments "disappointing and inappropriate considering the spirit of gender equality espoused" by Tokyo 2020, while an executive of Eneos, Japan's oil and metals company, said it "deplored the sexist remarks from a viewpoint of respect for human rights".

With the criticism mounting, the IOC branded Mori's remarks "deeply inappropriate" and Tokyo 2020 confirmed it would meet on Friday (February 12) to discuss its response.

Council and Executive Board members will attend the meeting to express their opinions on Mori's comments and discuss future gender equality initiatives for Tokyo 2020.

Tokyo Governor Yuriko Koike has revealed she will not attend a meeting scheduled for later this month with Mori, IOC President Thomas Bach and Japanese Olympic Minister Seiko Hashimoto, however.

Koike had previously described the comments as a "major issue" for the Olympics and Paralympics and said she had been "struck speechless" by the words of her colleague.

According to The Mainichi, Koike claimed holding the four-person meeting on February 17 "would not deliver anything really positive".

Tokyo 2020 was postponed from last year due to the COVID-19 pandemic, with the Olympics now scheduled for July 23 to August 8 and the Paralympics from August 24 to September 5.

It had already been decreasing in popularity with Japanese residents.

A Kyodo News survey last month found 80 per cent of Japanese people want the Games to be cancelled or postponed, with more than 35 per cent of those surveyed calling for the cancellation of the Games and 44.8 per cent arguing for another postponement.

There was, however, some support for Mori.

Richard Pound, the doyen of the IOC, claimed he did not believe Mori should have to resign over the matter.

"He has recognised that it was not an appropriate comment," the Canadian told Nikkei Asia.

"He has apologised for it.

"The IOC has acknowledged that and so the matter is closed as far as we're concerned.

"I would hate to be called upon to resign every time I said something [that] was wrong."