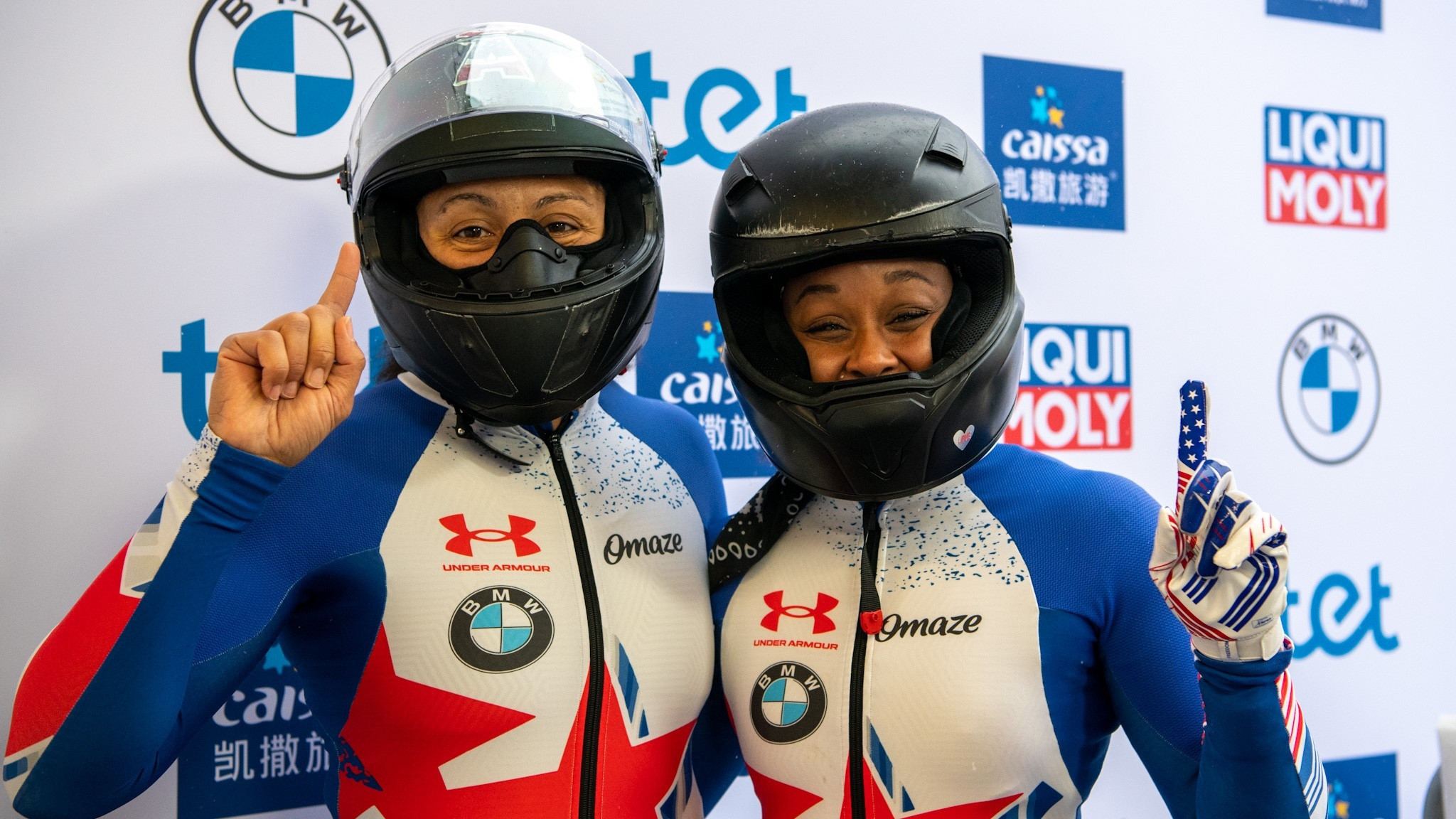 Elana Meyers Taylor of the United States claimed her first two-woman bobsleigh victory in the three years at the International Bobsleigh and Skeleton Federation (IBSF) World Cup event in Sigulda, while Germany's Francesco Friedrich quickly got his campaign back on track with two-man success.

Teaming up with Lake Kwaza for the first time in a year, Meyers Taylor’s success on the Latvian track also saw her climb to the top of the World Cup standings in the discipline.

The pair stormed to victory in a winning time of 1min 41.88sec as Meyers Taylor produced her first gold medal performance since February 2019.

"It was a close competition," Meyers Taylor said.

"This track is really tricky, and walking away with a win feels great.

"It was only me, Lake and Lolo (Jones) this week, and Lolo did a great job helping us prepare to race," Meyers Taylor said.

"Start coach Garrett Jones drove with our sled for 20 hours to get it here, and he’ll drive it to Germany with coach Shauna Rohbock. It’s really a team effort; every person on this team helped us get this win today."

Meyers Taylor and Kwaza tied Russia's Nadezhada Sergeeva and Yulia Belomestnykh in the first heat with both sleds finishing in a track record time of 50.72.

The Americans and Russians led by 0.14 over McNeill and Nicoll from Britain.

Meyers Taylor and Kwaza had the second fastest finish time of 51.16 in the second run, but it was enough to maintain the lead, winning by 0.22.

Sergeeva and Belomestnykh crashed during the final heat as they fell back into 15th place.

Meyers Taylor leads the two-woman standings with 1,129 points with de Bruin sitting second on 1,088 and Germany’s Laura Nolte third on 1,061.

But the Olympic and world champion hit straight back with success alongside Thorsten Margis, registering his fifth win in the sixth race of the season.

Britain’s Brad Hall and Nick Gleeson matched the German pair’s time in the second run as they claimed silver in 1:39.06.

Friedrich tops the two-man bobsleigh World Cup standings with 1,253 points ahead of Russia’s Rostislav Gaitiukevich and Canada’s Justin Kripps who are on 1,137 and 1,120 respectively.

Winterberg in Germany is due to stage the next IBSF World Cup leg from January 8 to 9.