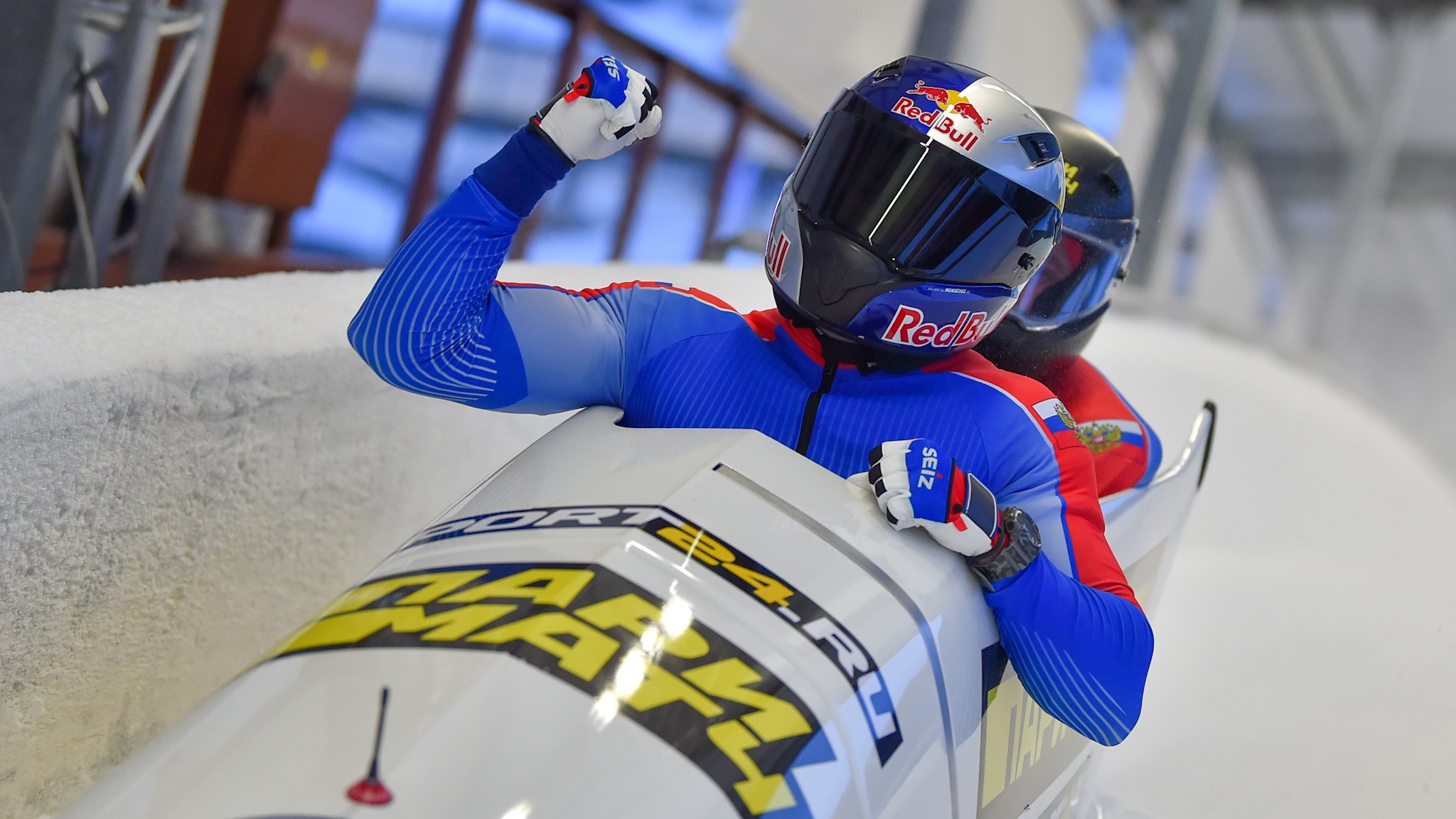 The pair, led by the 2020 Junior European Champion, set a total time of 1min 39.23sec from two runs to claim the win.

They clocked 49.65sec on their first run to finish narrowly behind Britain's Brad Hall and Greg Cackett by 0.01sec.

However, a blitzing second run of 49.58 blew the Brits away, who registered 49.69 to settle for the silver medal.

Third place went to Austrians Benjamin Maier and Markus Sammer as they came in 0.17sec behind in what was Maier's first podium finish of the season.

With their victory, Gaitiukevich and Mordasov made history as they became the first Russian winners of the event since January 2011.

It is also the first time since December 2020 that Francesco Friedrich of Germany has not won the event.

After a year without defeats in 2021, the Olympic, world and defending World Cup champion with push athlete Thorsten Margis found himself in an unfamiliar seventh place after the first race run in Sigulda after the duo's sled had broken away at the end of the start groove and touched the rail.

After a similar mishap in the second run, they ultimately finished 12th.

The last time Friedrich was not on the two-man bobsleigh podium was in Whistler in November 2017, when he also finished 12th.

The German retains his lead atop the overall season standings with 1,028 points, while Gaitiukevich is second on 969 points and Canada's Justin Kripps is third with 960 points.

Christine de Bruin of Canada claimed the gold medal with a combined time of 1:48.12 which included a new track record time of 53.77 on her second run.

Breeana Walker of Australia and Russia's Nadezhda Sergeeva finished 0.56 and 0.58 behind to take silver and bronze, respectively.

Walker was the fastest starter in both races and now also holds the monobob start record with 5.62.

With her victory in Sigulda, de Bruin took the lead in the overall ranking of the Women's Monobob World Series with 1,002 points.

Canada's Cynthia Appiah is second overall on 996, marginally ahead of German Laura Nolte on 994.