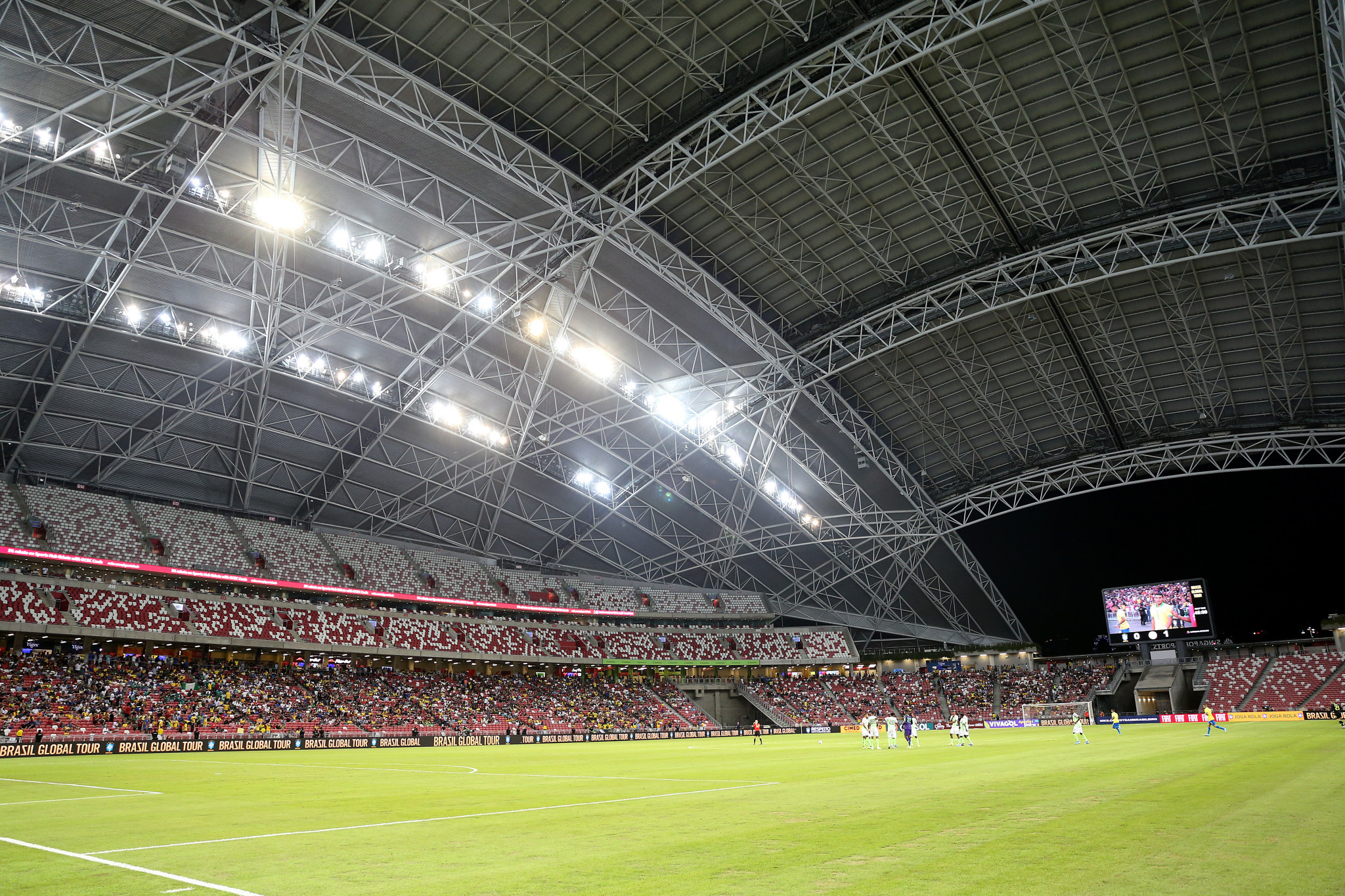 The delayed Association of Southeast Asian Nations (ASEAN) Football Federation (AFF) Suzuki Cup will be hosted entirely in Singapore, after it was decided to move away from the usual home and away format.

Dates for the 2020 AFF Championship, known as the Suzuki Cup for sponsorship reasons, have twice been pushed back due to the COVID-19 pandemic, with the tournament now scheduled for December 5 2021 to January 1 2022.

The competition is organised by the AFF, which includes 12 member associations of the Asian Football Confederation (AFC) - the continental governing body.

Teams played two home and two away matches in the group stage of the last Suzuki Cup held in 2018, followed by home and away fixtures in the two-legged semi-finals and final.

However, a decision had already been taken to host this year's tournament in a centralised location, which has now been confirmed as Singapore following a virtual meeting of the AFF Council.

The AFF said this was to ensure "that the tournament can be staged in the safest manner and to prioritise the health and safety of all the teams, players, coaches, staff and fans."

The semi-finals and final will still be held over two legs.

The country this week tightened its COVID-19 restrictions following a rise in infections, with currently only 1,000 vaccinated or 50 unvaccinated spectators permitted at sports events.

"We are delighted to announce Singapore as the host country of the upcoming AFF Suzuki Cup 2020," said the AFF President Khiev Sameth.

"We received many compelling bids from our member associations and the AFF Council has had a difficult decision to choose between them.

"With our overriding priority being the health and safety of everyone involved, in the end, this was the deciding factor when assessing the bids.

"We are very grateful for all the member associations who stepped forward to offer to host the tournament in these challenging times - it truly displayed the ASEAN spirit of strength and determination in the face of adversity.

"Now, with this decision made, we can focus our efforts on working with the Football Association of Singapore to ensure that the event is staged safely and securely and also that it brings to life the joy of football and the passion of the ASEAN fans."

The Football Association of Singapore President Lim Kia Tong said the organisation was "humbled" to be selected as hosts, and that it represented a "golden opportunity."

"The hard work starts from now and we will do everything in our power, working closely with AFF as well as with the Singapore Government, which is unflinching in their support for the bid, and other authorities to ensure a safe and secure event for all the participants, officials and the ASEAN football fans," Lim added.

"We will galvanize the nation in this unprecedented time with the beautiful game being played on our shore."

Four-time winners Singapore have been drawn in group A alongside the record five-time champions Thailand, Myanmar, Philippines and the winner of the qualifier between Brunei and Timor-Leste.

The top two teams from each group advance to the semi-finals.

Australia are by far the highest-ranked member of the AFF, with Vietnam the only other nation in the top 100, but have not featured in the championship since joining the organisation in 2013.