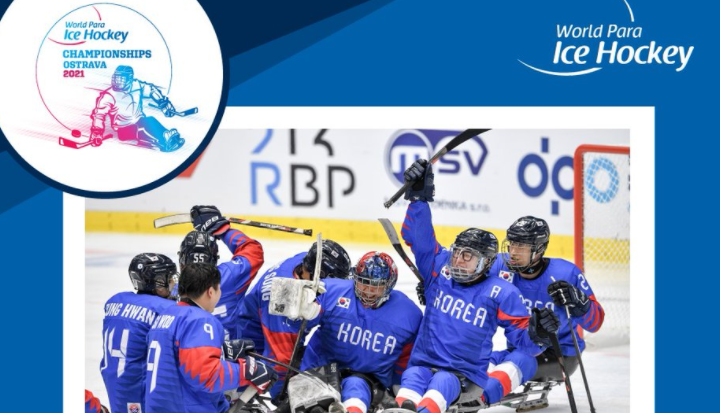 South Korea earned a semi-final place against defending champions the United States at the World Para Ice Hockey Championship in Ostrava despite having a coach and player dismissed from the event for breaching COVID-19 protocols.

World Para Ice Hockey announced before today’s quarter-final matches in the Czech Republic that two members of Team South Korea had been "withdrawn" from the Championships, adding: "The two members (one player and one coach) have breached the tournament COVID-19 safety protocol by leaving the areas which are part of the designated tournament bubble.

"The World Para Ice Hockey Disciplinary Committee conducted a panel hearing on Monday (June 21) which decided to expel both members based on the terms of the tournament safety protocol.

"Team South Korea was immediately informed of the decision and the two have left the team hotel."

@KoreaHockey ?? makes the first move and takes the early lead against @norskishockey ??!

It was a beautiful goal by Byeong Seok Cho to give the lead to his national team! ?#Ostrava2021 #ParaIceHockey @Paralympics pic.twitter.com/8yZpgbneSd

South Korea, bronze medallists the last time this Championship was contested in 2019 when they beat the Czech Republic, finished third in the top-seeded Group A qualifying, and thus faced the team that finished second in Group B, Norway, who finished fifth at the last World Championship.

A 2-1 win in overtime earned the Koreans a last-four match on Friday (June 25) against the United States, Paralympics gold medallists, who finished second in Group A after a surprise opening defeat by Paralympic and world silver medallists Canada.

The latter team had awaited the winner of the earlier quarter-final in the Ostravar Arena between the Group B table-toppers, the Russian Paralympic Committee (RPC), and the hosts.

The Russians, who had won all three of their Group B matches, maintained winning momentum to earn an emphatic 7-0 victory over the Czechs, who had not managed to win a point in Group A.