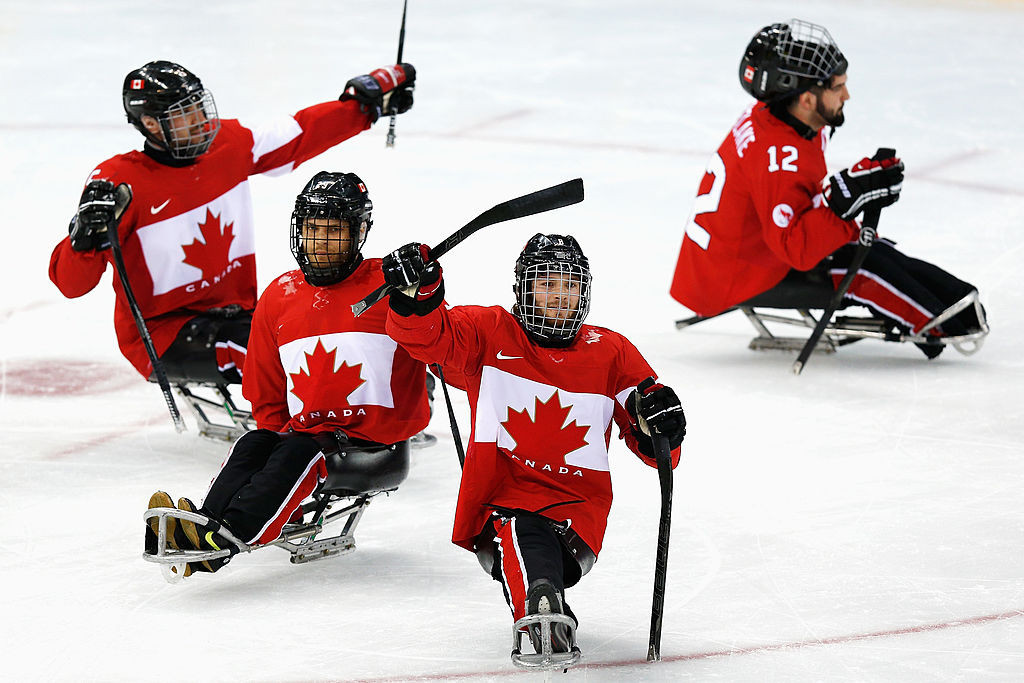 Paralympic gold medallists and defending champions the United States were beaten 2-1 on day one of the World Para Ice Hockey Championship by Canada, the Paralympic and world silver medallists.

In their opening Group A match of an event taking place in the Czech city of Ostrava, Canada earned a famous victory as second-period goals from James Dunn and veteran Tyler McGregor gave them an advantage they never lost.

The United States pulled one back in the third period through key forward Brody Roybal but the 9,568-seater Ostravar Arena, with spectators limited to a maximum of 2,500 fans per day, witnessed an upset to the odds.

"It was a great feeling to be back in a game after 16 months," McGregor told World Para Ice Hockey.

"I think everyone played a hard game; it was fast and physical, and we needed to work together to be able to overcome that speed and physicality.

"It was important for us to get the first win, but there are still some things we need to improve on after such a long break."

But today’s opening Group A match saw the Paralympic bronze medallists beat the hosts 2-0 thanks to goals in the first and second period from Ryu Jee-hyun and Jung Seung-hwan respectively.

? James Dunn scores for @HockeyCanada ?? after a great play!

Reigning world champs @usahockey ?? are behind in the second period (1⃣:0⃣).

In Group A contains the four top-seeded teams, and the top two will advance automatically to the semi-finals, with the bottom two finishers challenging for the other last-four places against the top two from Group B, consisting of Norway, Italy, the "neutral" Russian team - who will compete as RPC because of doping sanctions imposed on the country - and Slovakia.

In the first of the Group B matches it took a goal in overtime to earn Norway a 4-3 win over Italy.

RPC then earned a 7-0 win over Slovakia.

The World Championship was pushed back from their planned May slot due to the COVID-19 pandemic.

Medal matches are then due to take place on the final day of the tournament, June 26.