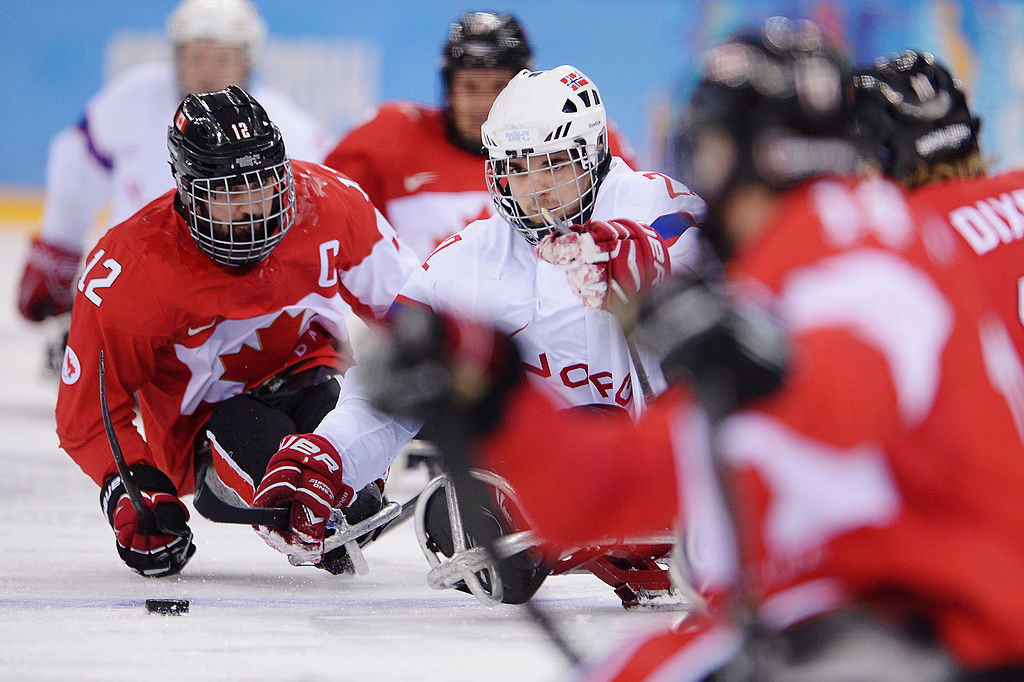 Canada built strongly upon their opening day defeat of Paralympic and defending champions United States at the World Para Ice Hockey A-Pool Championship in the Czech city of Ostrava by defeating South Korea 8-0.

Veteran Tyler McGregor scored a hat-trick in the Ostravar Arena as the Paralympic and world silver medallists consolidated their position at the top of Group A, which contains the four top-seeded teams.

Meanwhile the United States recovered their equilibrium after their jolting 2-1 defeat by their keenest rivals to earn a 4-0 win over the hosts.

Not even Kudela can save everything.@JWallace_USA scores his 2⃣nd goal of the game and most likely seals the win for @usahockey ?? against @parahockeycz.

The Czech team, bronze medallists when these postponed Championships were last held in 2019, held the defending champions to a goalless scoreline after the first period.

But the United States took control with two goals in each of the following periods, with Jack Wallace finishing with two goals and the others being added by Brody Roybal and Chris Douglas.

The top two teams in Group A will advance automatically to the semi-finals, with the bottom two finishers challenging for the other last-four places against the top two from Group B.

In today’s Group B matches, the team representing the Russian Paralympic Committee earned a 9-0 win over Italy.

The second game, involving Slovakia and Norway, ended in a 3-2 win for the Norwegians.