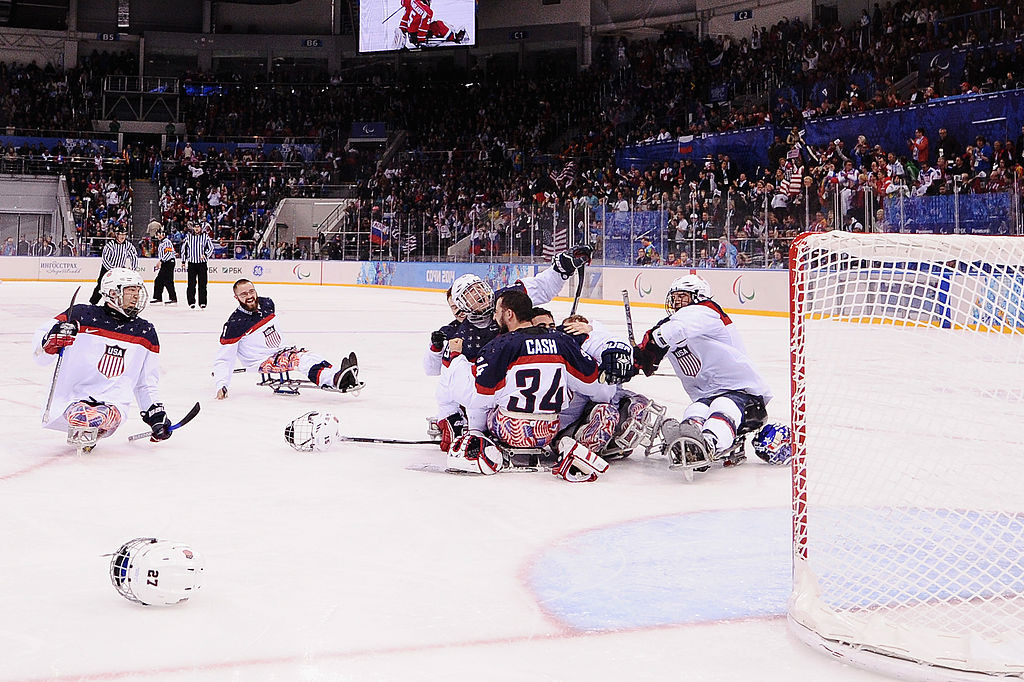 Spectators will be allowed - within COVID-19 guidelines - at the World Para Ice Hockey Championship due to start in Ostrava tomorrow.

After agreeing a code of conduct based on current Ministry of Health measures in force in the Czech Republic, the Ostrava 2021 Local Organising Committee (LOC) has launched ticket sales for the impending event at Ostravar Arena.

A total of 2,500 fans will be allowed every day in the 9,568-seat stadium to witness an event that is also a qualifier for the Beijing 2022 Winter Paralympics.

It will be mandatory to wear a facemask and meal consumption in spectators' areas will be strictly forbidden.

Fans will also have to maintain social distancing while seated, with every other seat unoccupied.

The Ostrava 2021 LOC has also created an outdoor fanzone close to Ostravar Arena where fans will be able to watch the competition live on big screens while also having the opportunity to try out Para sports, among other activities.

Ostrava will be hosting the World Championship for the second consecutive time and third time overall following the 2009 and 2019 editions.

Reigning world champs in action at the Ostravar Arena! ?

It's @usahockey ?? last time on the rink before their matchup against @HockeyCanada ??.

How excited are you for the repeat of the last World Championships final?#Ostrava2021 #ParaIceHockey @Paralympics pic.twitter.com/o9leI2B32p

Eight teams are set to compete in the tournament, which is due to conclude on June 26, with the top five finishers qualifying automatically for Beijing 2022.

"The LOC has been in close contact with health authorities to give fans the opportunity to watch the competition again and will be monitoring closely to make sure we can offer the safest environment to all involved in the competition while also enjoy a fantastic event."

Jiří Šindler, chairman of Ostrava 2021, added: "A smooth course of the entire tournament will be considered a win for us at the moment.

"We hope that we will create an unforgettable atmosphere for the best Para ice hockey players in the world once again, even with a limited capacity in the arena.

"We are expecting spectators not only inside of the Ostravar Arena.

"They can also cheer under the open sky in our outdoor Fanzone."

The hosts will take on Paralympic bronze medallists South Korea in the opening match, a repeat of the bronze-medal match from the 2019 World Championship at the same venue that was won by the Czech Republic.

That will be followed by a re-match of the 2019 final - with Paralympic and defending champions the United States facing Canada, whom they beat in both finals.

The World Championship was pushed back from its planned May slot due to the COVID-19 pandemic.

Italy face Norway and the "neutral" Russian team - who will compete as RPC because of doping sanctions imposed on the country - face debutants Slovakia on the opening day in Group B.

The top two finishers from Group A will automatically advance to the semi-finals, with the bottom two challenging the top two from Group B for the other two places.

Medal matches are then due to take place on the final day of the tournament, June 26.