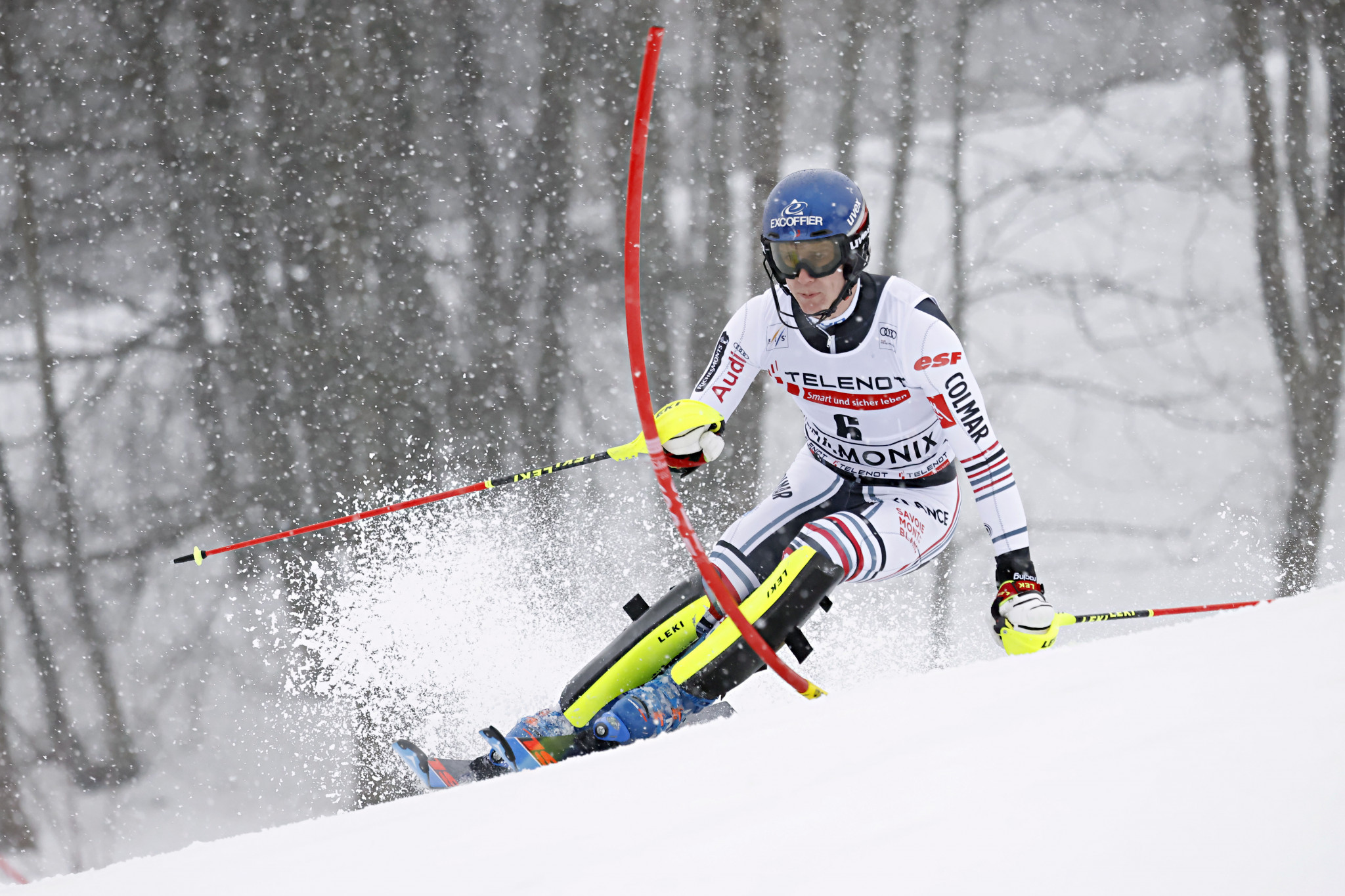 France’s Clement Noël earned a first International Ski Federation (FIS) Alpine Ski World Cup win of the season as he took the first of the two slalom races scheduled this weekend at Chamonix.

The home athlete, who finished second behind the Austrian who leads the overall slalom standings, Marco Schwarz, at the World Cup event in Schladming last Tuesday (January 26), finished 0.16sec clear of second-placed Ramon Zenhäusern of Switzerland.

This home slope is a happy hunting ground for the 25-year-old Noël, the 2018 world junior champion who missed the slalom podium by one place at the Pyeongchang 2018 Winter Olympics.

Schwarz, three times a World Championship medallist, had to settle for third place on this occasion as he was timed 0.19 slower than his French rival.

Switzerland’s Luca Aerni was fourth - having barely made the second run in 29th place, he beat the rest of the field by 0.88 to finish just 0.47 adrift of the winner.

Schwarz had led after the first run from Zenhäusern and Noël - but only 0.03sec separated the top three.

Victory moves Noël up to third in the overall slalom standings on 373 points, with Schwarz still leading on 549 and Norway’s Sebastian Foss-Solevåg, seventh today, second on 387.

For Schwarz and his rivals this will be the last opportunity to compete in slalom before the FIS Alpine World Ski Championships, which are set to be held in Cortina d’Ampezzo in Italy from February 9 to 21.

After the second day of racing tomorrow the final two slalom races scheduled for this season’s World Cup are at Kranjska Gora in Slovenia on March 14 and Lenzerheide in Switzerland on March 21.

Organisers at Chamonix are hoping for colder temperatures overnight to help freeze the course after warm temperatures and freezing rain have plagued the region the last few days.