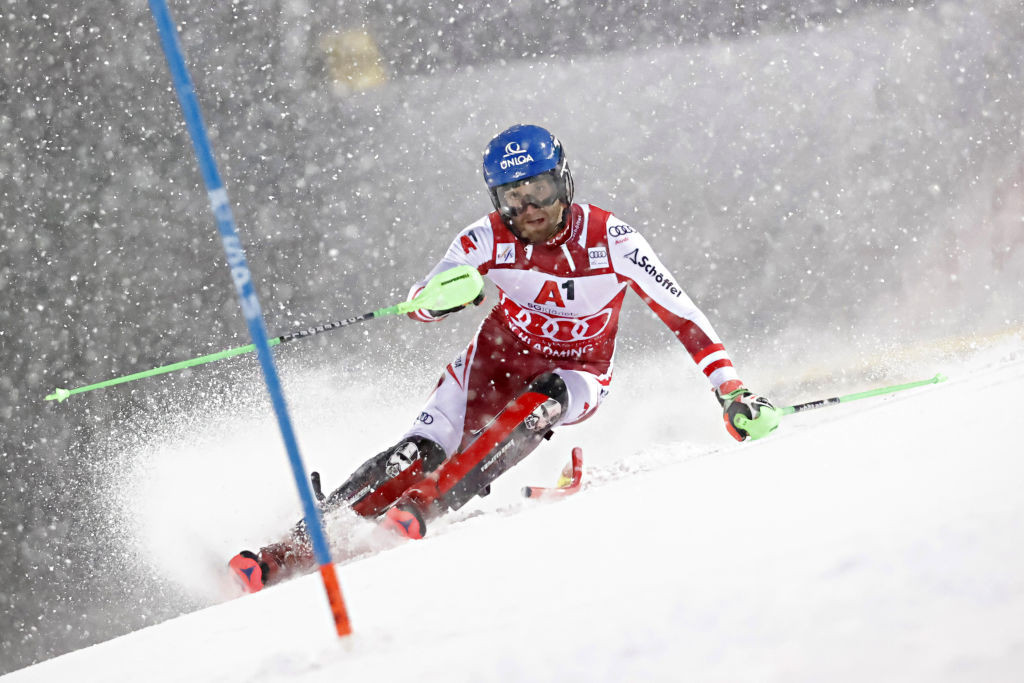 Austria's Marco Schwarz secured his second Alpine Skiing World Cup victory of the season as he won the famous night slalom on home soil at Schladming.

The Olympic team silver medallist was sixth after the first run but stormed down the course in his second, finishing in a combined time of 1min 44.04sec to edge out Frenchman Clement Noël by 0.68sec.

Alexis Pinturault extended his lead at the top of the overall World Cup standings as he took third, 0.82 adrift of Schwarz.

The triumph for Schwarz, a three-time World Championships medallist, saw him become the first skier to win two slalom events on this season's World Cup circuit.

It also handed the 25-year-old a maiden victory at Schladming, an event usually attended by more than 40,000 spectators but which was held without fans because of the coronavirus pandemic.

"In the second round, I had to fully attack because the other guys also did.

"It went pretty good the second round, so I'm pretty happy."

Pinturault's lead at the summit of the overall World Cup leaderboard has grown to 153 points.

The Frenchman has 860 points, with Switzerland's Marco Odermatt second on 607 and Schwarz third on 566.

The men's World Cup is due to continue with slalom races in Chamonix in France, beginning on Saturday (January 30).