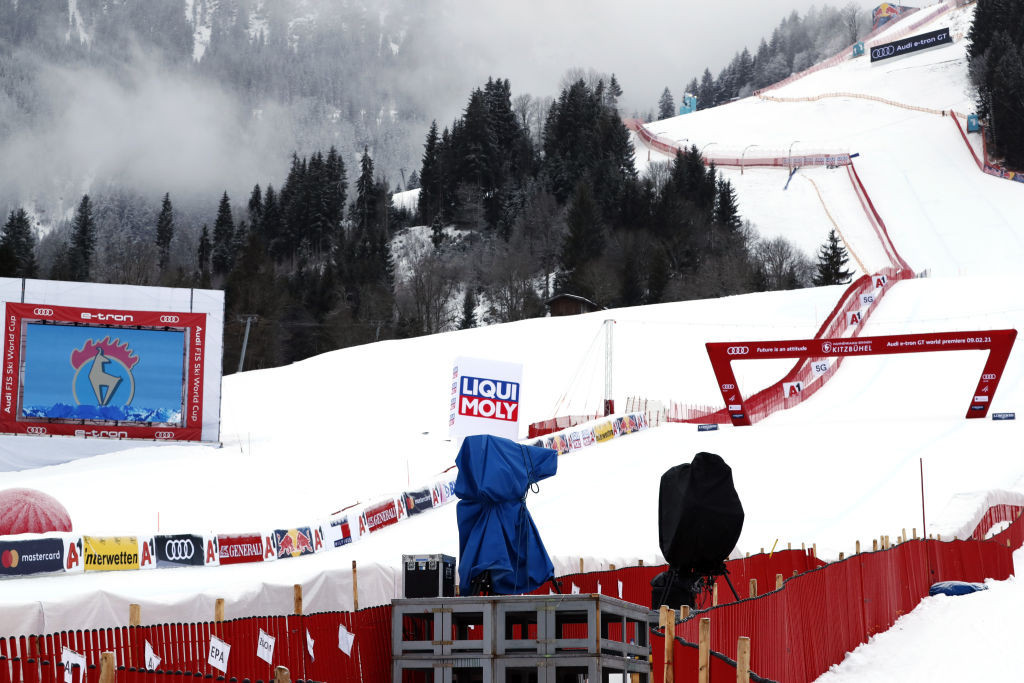 The FIS said the decision had been made "due to the current weather situation and the conditions of the slope".

A super-G is scheduled for tomorrow, but a new schedule is set to be announced by organisers later today.

Athletes had been due to tackle the legendary Streif course for a second time after competing in a downhill event yesterday, won by Switzerland's Beat Feuz.

?BREAKING: Due to the current weather situation and the conditions of the slope, the jury together with the LOC and all other stakeholders has decided to cancel today's Downhill. New program for tomorrow 24th Jan to be announced later today. #fisalpine #Hahnenkammrennen pic.twitter.com/SCzxAOp1kN

After finishing in second place on four previous occasions, Feuz was finally able to taste victory in the Austrian resort and did it in blistering style.

The Swiss skier produced a stunning run of 1min 53.77sec - the quickest time since compatriot Didier Cuche broke the 1:54.00 barrier in 2010.

Victory for Feuz moved him up to second in the downhill standings on 226 points, with Mayer leading the way on 238.

Alexis Pinturault of France is still the overall World Cup leader on 778 ahead of the injured Aleksander Aamodt Kilde of Norway on 560 and Marco Odermatt of Switzerland on 501.