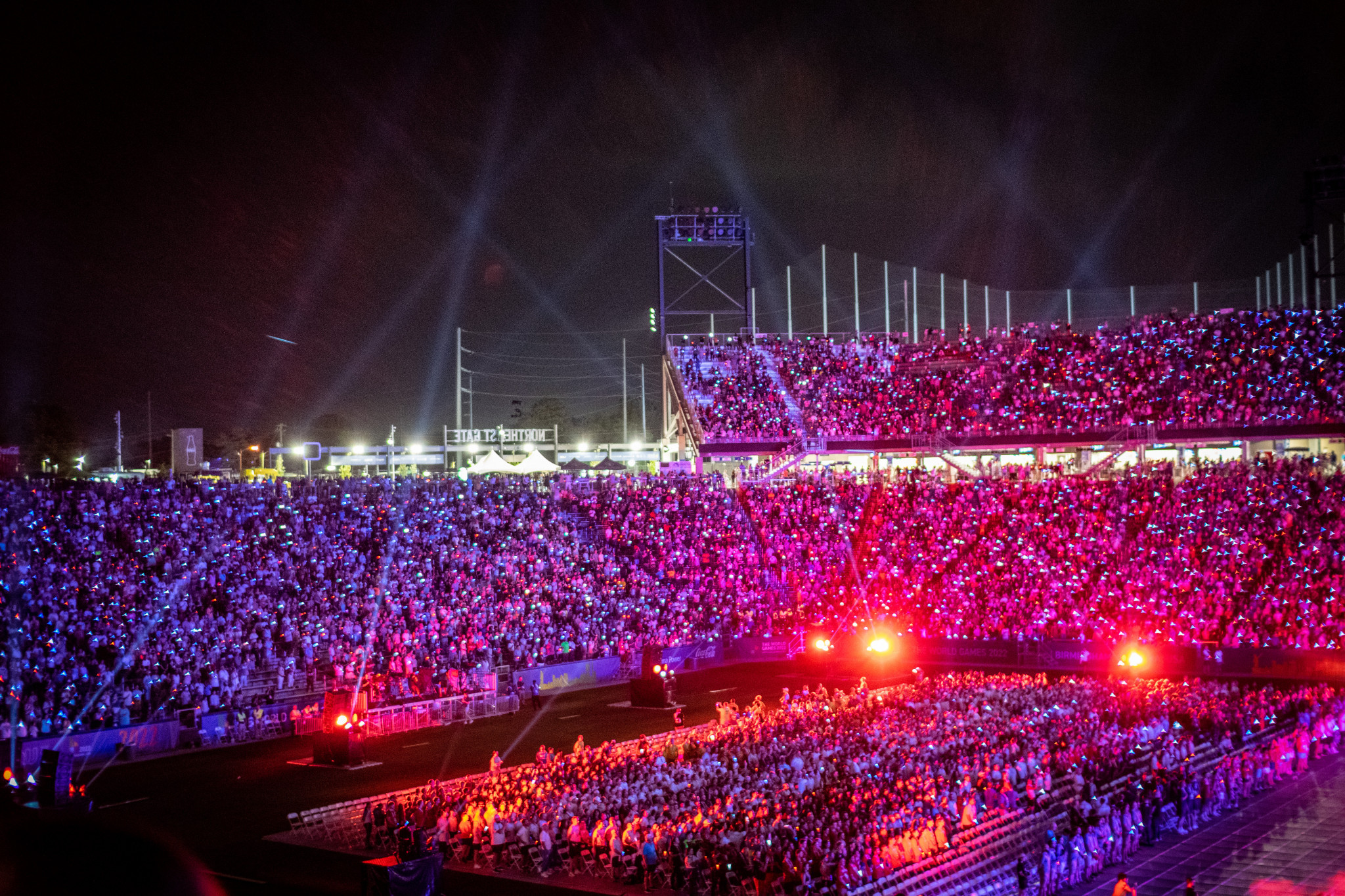 The World Games' organisers have urged spectators to arrive early for tomorrow's Closing Ceremony at Protective Stadium and use shuttle busses being provided, in the wake of transport delays before the Opening Ceremony.

The World Games' transport system came under pressure on the day of the Opening Ceremony, with Alabama television station WBRC reporting some people had to wait for an hour for buses to get to the showpiece event.

Those attending the Closing Ceremony have now been advised to plan their journey prior to the event and arrive early due to limited parking options and road closures surrounding the Birmingham-Jefferson Convention Complex and The World Games Plaza.

It has been recommended that The World Games Plaza and Birmingham's Uptown entertainment area will have parking spaces for spectators who arrive early, however.

The World Games 2022 chief executive Nick Sellers wants to wrap up the event in style, with Lionel Richie headlining the Closing Ceremony.

"The City of Birmingham definitely showed up and showed out for 11 memorable days of competition here in the Magic City," Sellers said.

"Now, it's time to cap the biggest sports party in Alabama history with an epic send-off befitting this amazing event."

The Closing Ceremony is led by Alabama native Richie and it is also due to include performances from Allison Sanders, Blind Boys of Alabama, Jamey Johnson, Martha Reeves, Pastor Mike Jr, Yung Bleu, Alabama, Bo Bice, Ruben Studdard, Taylor Hicks and Worth the Wait.

Several competitions are also set to reach their climax on the final day, with gold medals to be won in acrobatic gymnastics, artistic roller skating, billiards and canoe polo.