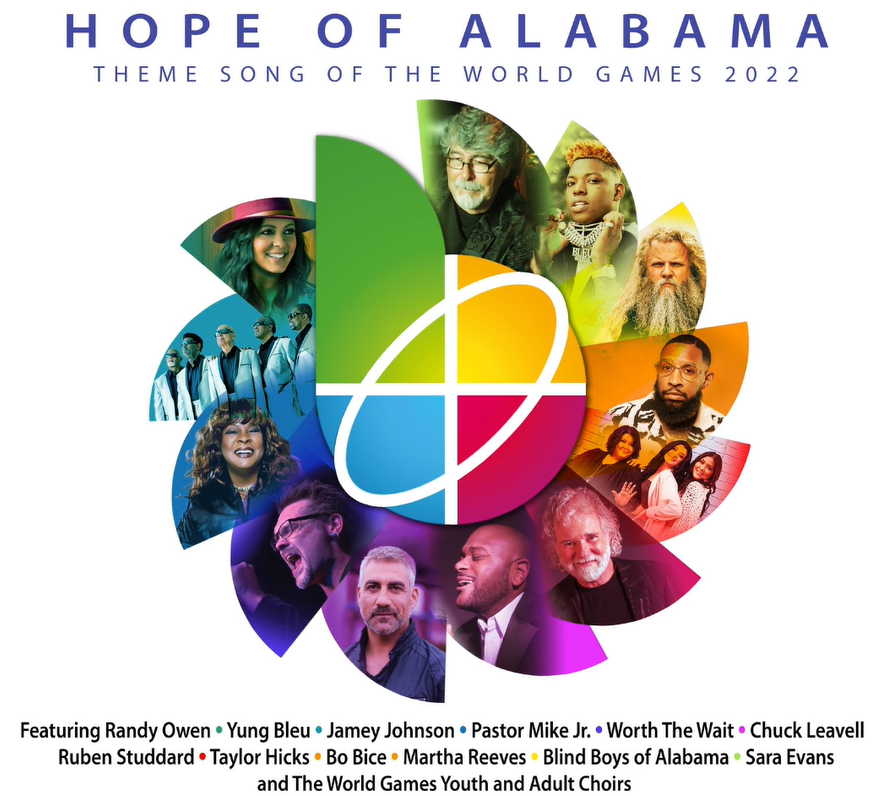 The song, Hope of Alabama, was produced by Birmingham 2022 artistic director Henry Panion III, contains appearances from 14 acts and promotes unity in the world.

Owen, his daughter Allison and Panion wrote the the song together, with it designed to spread a message of eternal unity.

The song is planned to be sung at the Opening and Closing Ceremonies.

"I want everyone to feel like they’re a part of something larger than just one," Randy Owen, who is a Birmingham 2022 honorary co-chair, said.

"A feeling of feeling needed and wanted."

The World Games 2022 chief executive Nick Sellers added the song is "a call for hope and unity" and "a testament to music’s power to lift humanity to a better place".

The multi-sport event is scheduled to begin on July 7 at Protective Stadium, with an Opening Ceremony which is titled Unlocking The Magic: Celebrating The Power of The One.

Sport and the past, present and future of Birmingham will be celebrated through live entertainment, special effects, appearances from dignitaries and a parade of athletes from more than100 countries.

Birmingham native Sharrif Simmons, who specialises in spoken-word art, will deliver a poem during the Opening Ceremony.

The Closing Ceremony - titled One World-One People: Celebrating Legacy, Achievement & Unity - will celebrate the various performances produced during the Games.

The World Games flag will also be passed to members of the Chengdu 2025 delegation.