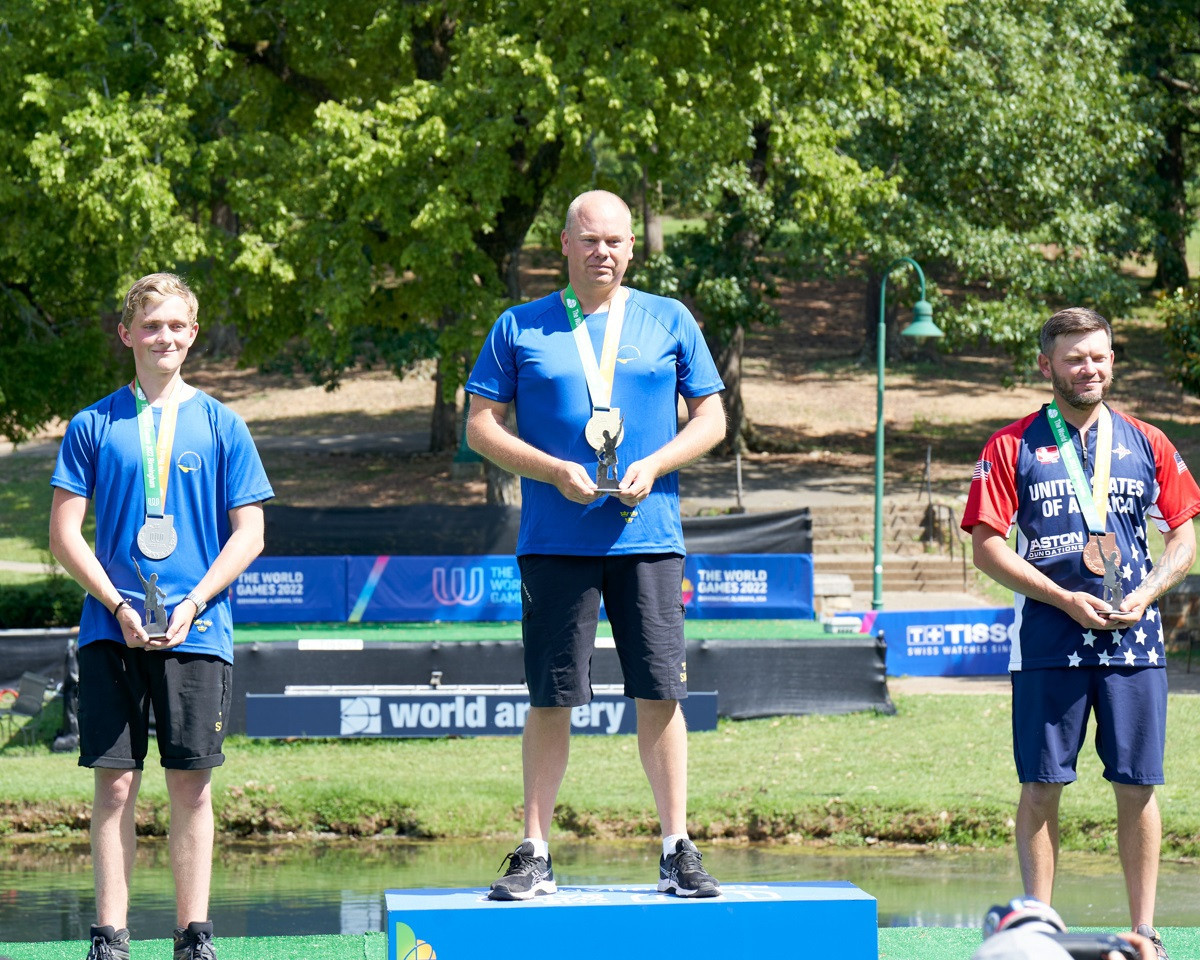 The 46-year-old archer held his nerve to defeat 18-year-old Pettersson 57-52 at Avondale Park.

Cinzia Noziglia of Italy captured the women’s barebow title with a 48-44 win over Christina Lyons of the US.

The men’s boulder final saw two more Japanese athletes land podium spots but it was Belgium’s Nicolas Collin who came out on top.

Collin finished ahead of Kokoro Fujii and Yoshiyuki Ogata.

Congrats to Cinzia Noziglia from Team Italy ?? for placing GOLD ? in Women's Barebow!

The bronze medal went to Switzerland who beat Britain 2-1.

Nate Smith of the US triumphed in the men’s slalom, beating Italy’s Brando Caruso and Canada’s Cole McCormick.

Adam Pickos grabbed another title for US, winning the men’s trick crown.

There was success for Switzerland’s Simona Aebersold as she triumphed in the women’s sprint final.

Tereza Janosikova of the Czech Republic sealed silver with Elena Roos of Switzerland completing the podium with bronze.

The acrobatic gymnastics women’s pairs final was won by Ukraine with 29.290.