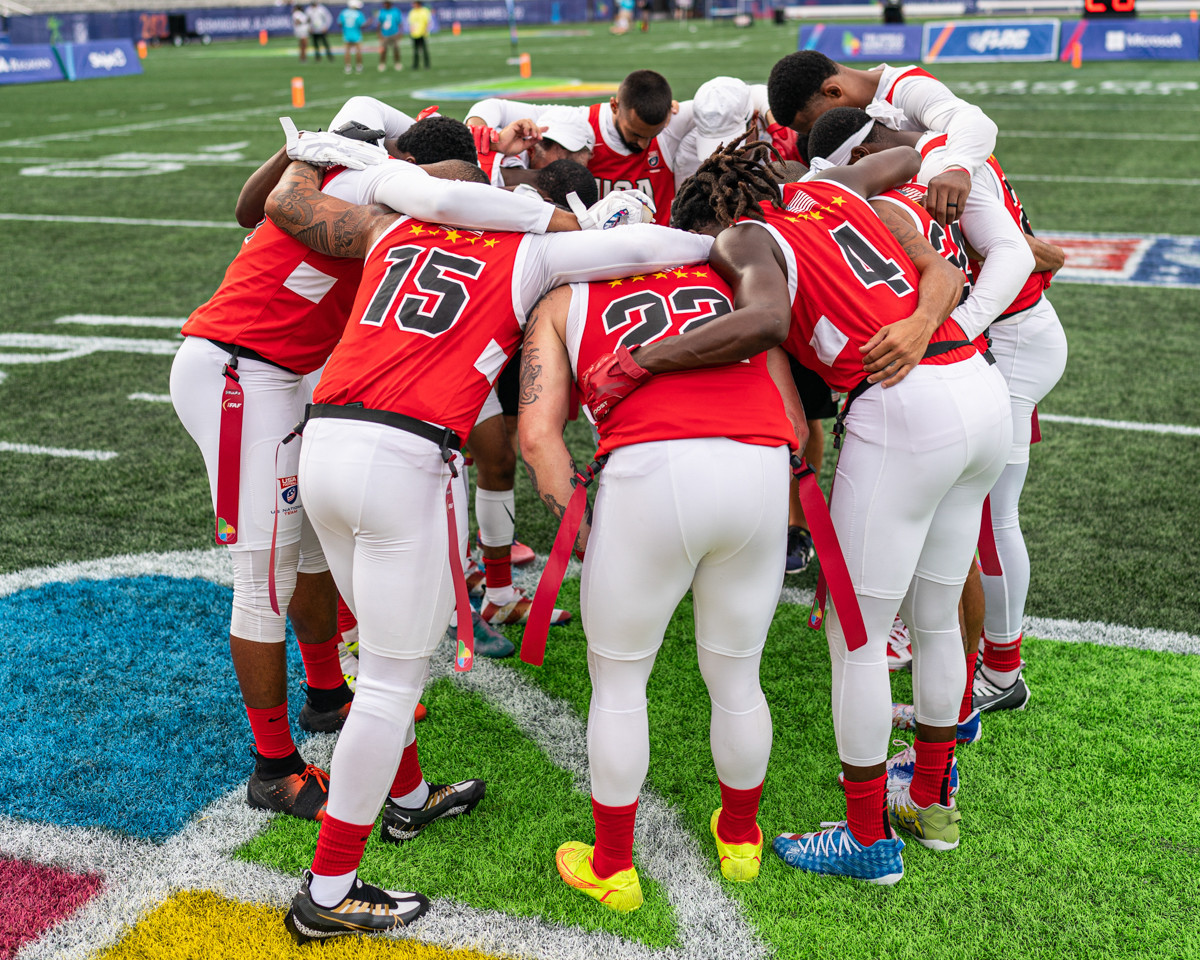 Mexico stunned the home crowd with an impressive victory over the United States to take women's flag football gold at the Birmingham 2022 World Games, although the host nation was able to celebrate success in the men's tournament.

Flag football has made its debut at the Games in the Alabaman city, and the International Federation of American Football (IFAF) has partnered with the National Football League to pursue a bid for inclusion at the Los Angeles 2028 Olympics.

The US are world champions in men's and women's flag football, but claimed only one of the available golds at Legion Field.

They were well beaten by Mexico in the women's final.

Mexico had won their first five matches comfortably, a 34-13 triumph over Japan in their opener their smallest margin of victory, and stormed into a 39-0 lead midway through the second period of the final.

Silvia Contreras led the way for the Mexicans, scoring three receiving touchdowns by linking up twice with Diana Flores in the first period and once with Sheilla Silva in the second.

A receiving touchdown with less than five minutes remaining from Nadia Bibbs got the US on the scoresheet, but they had to settle for silver.

The conclusion of the men's tournament brought gold for the US.

Flag Football Men's Team USA ?? and Women's Team Mexico ?? put on a show under the lights at Legion Field! ?

Congrats on the big win ?

Their final against Italy proved a high-scoring match, and the world champions trailed three times in the first period.

A receiving touchdown from Gianluca Santagostino of Italy with the last play of the first period ensured the scores were level at 24-24 at half-time, but the Americans went on to triumph 46-36.

Bruce Mapp provided a crucial three receiving touchdowns for the US in the final.

"Tonight has been a fitting conclusion to what has been an amazing week here at the World Games 2022," he said.

"We have written a new page in our history book and I want to thank the organisers, the volunteers, the fans and, most importantly, the incredible athletes for making it so special.

"The standard of football on display tonight at Legion Field has been simply amazing and it really highlights how well flag fits in this style of multi-sport event."

The World Games in Birmingham is due to run until Sunday (July 17).