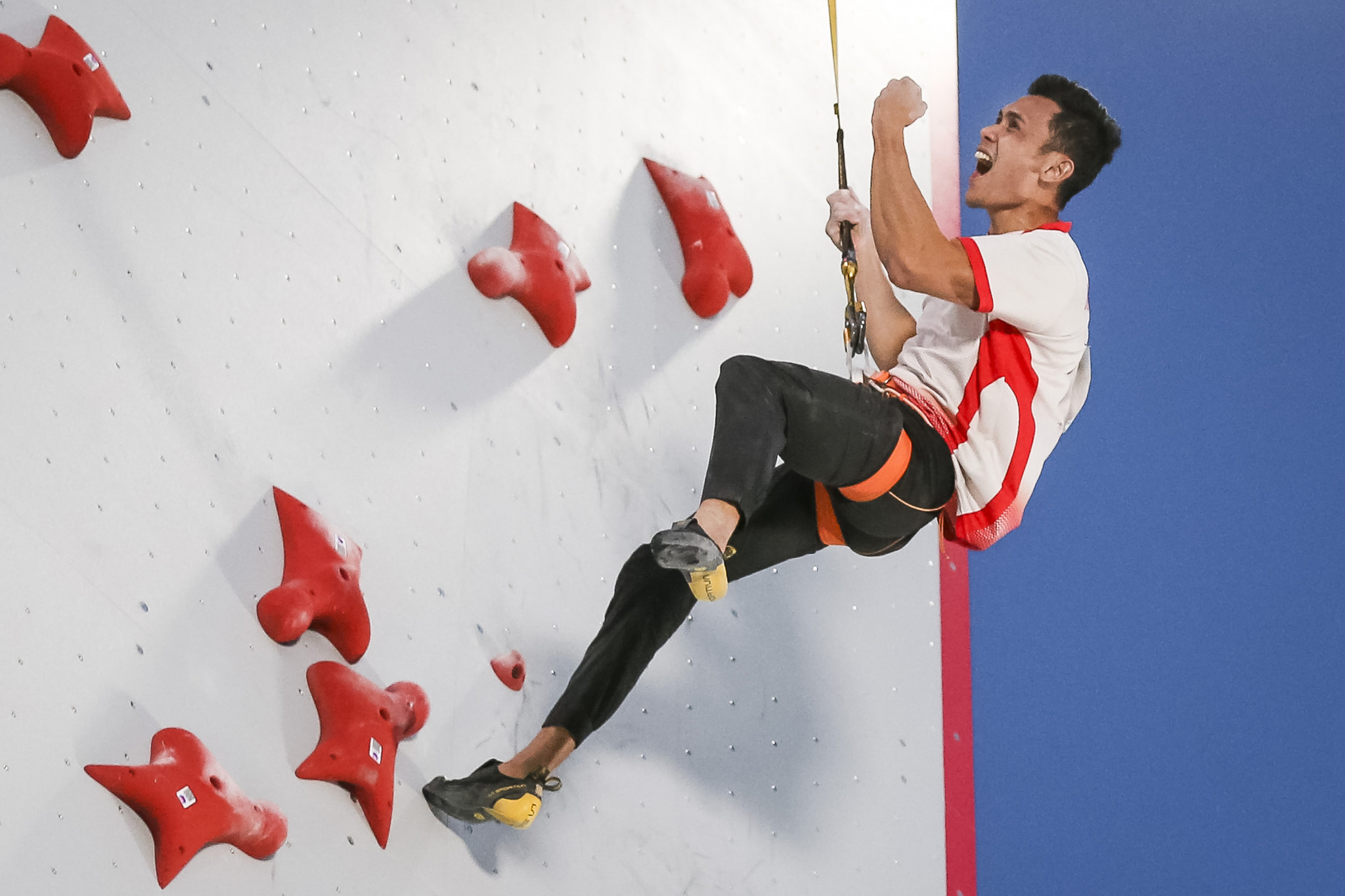 Both athletes won the overall speed titles on the International Federation of Sport Climbing World Cup circuit last year, and added World Games golds to their collection at Sloss Furnaces.

Hunt clocked 7.49sec in a quarter-final victory against Kazakhstan's Tamara Ulzhabayeva, improving it to 7.16 in a competitive semi-final against Germany's Franziska Ritter, who reached the top in 7.40.

She faced Poland's speed world champion Natalia Kałucka in the final, and triumphed in 7.24.

Kałucka had to settle for silver with her time of 8.88.

Ritter secured bronze, finishing in 7.32, which was just 0.06 quicker than France's Capucine Viglione.

Leonardo, who is also leading the speed rankings on this season's IFSC speed World Cup, won an all-Indonesian final against Kiromal Katibin, who last month set the world record at 5.04.

He clocked 7.23, with Katibin unable to register a time.

Earlier in the competition, Leonardo had notched 5.31 to beat Marcin Dzieński of Poland and 5.25 to see off Kazakhstan's Rishat Khaibullin.

Switzerland won the first tug of war medal at the University of Alabama at Birmingham Track and Field venue, beating Britain 3-0 in the men's outdoor 640 kilograms final.

Kickboxing concluded with the finals at the Boutwell Auditorium, with Israel leading the way with two golds.

Germany won both fistball finals against Switzerland at the Berylson Soccer Park, triumphing 4-2 to claim women's gold and 4-1 for men's gold.

The World Games is set to continue tomorrow, with 28 gold medals on offer.

The multi-sport event is due to conclude on Sunday (July 17).