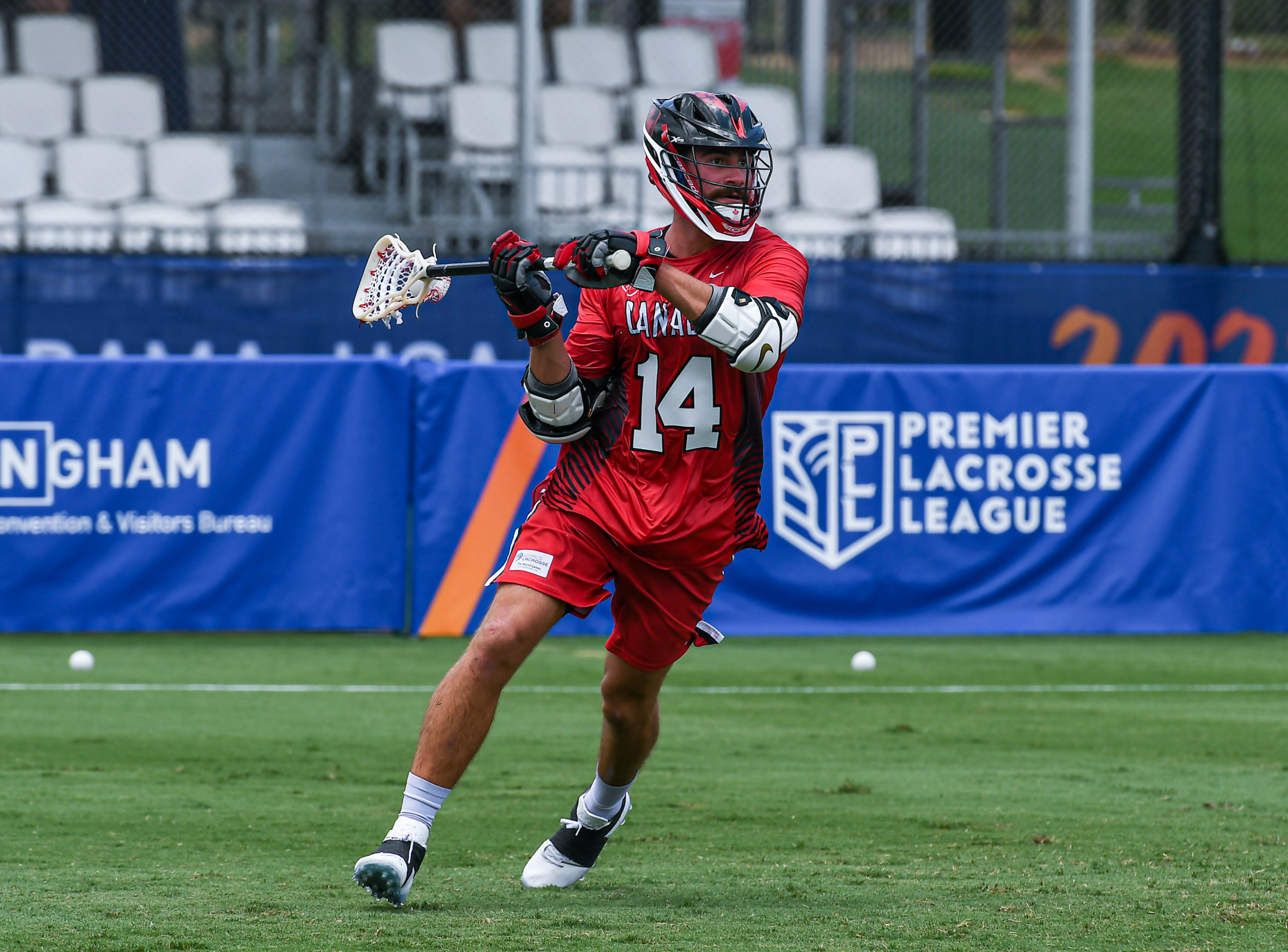 The Canadians reached the final in impressive fashion, including a 22-11 semi-final victory over Britain.

Four goals for Josh Byrne ensured he finished as the tournament's top scorer with 28 points from Canada's five matches.

The bronze-medal match between Japan and Britain proved a topsy-turvy affair.

It went to overtime, with Kazuki Obana's goal settling the contest 19-18 in Japan's favour.

World Lacrosse's sixes discipline is making its debut at the Birmingham 2022 World Games, with the women's tournament beginning today.

The US won their opening Group A match 16-6 against Australia, with Japan seeing off Czech Republic 23-10 in the same group.

In Group B, Canada overcame Britain 16-9, while Israel beat the Haudenosaunee Confederacy 17-10.

The women's tournament is due to run until Saturday (July 16).

Bronze went to the Czech Republic through their 7-3 win against Latvia.

In today's rhythmic gymnastics finals at the Legacy Arena, Bulgaria's Boryana Kaleyn came out on top in the individual hoop event, notching 34.400 points for her routine.

Hungary's Fanni Pigniczki took bronze with a score of 33.650.

Raffaeli had to settle for another silver with her 33.550 routine, and Pigniczki took her second bronze with a score of 32.550.

Aerobic gymnastics finals were held at the same venue.

Lucas Barbosa and Tamires Silva claimed gold for Brazil in the mixed pair final with their 20.650 score, edging out Hungary's Daniel Bali and Fanni Mazacs by 0.050.

Ana-Maria Stoilova and Antonio Papazov of Bulgaria placed third with 20.250.

Gold in the aerobic dance final went to Hungary with 18.250.

Marco Morello of Italy earned bronze with a 61-52 victory over Britain's Patrick Huston.

Success for the host nation came in the men's roller inline hockey final at the CrossPlex-Bill Harris Arena, where they beat the Czechs 2-1 in the final thanks to an overtime goal from Nathan Sigmund.

The World Games is due to run until Sunday (July 17).