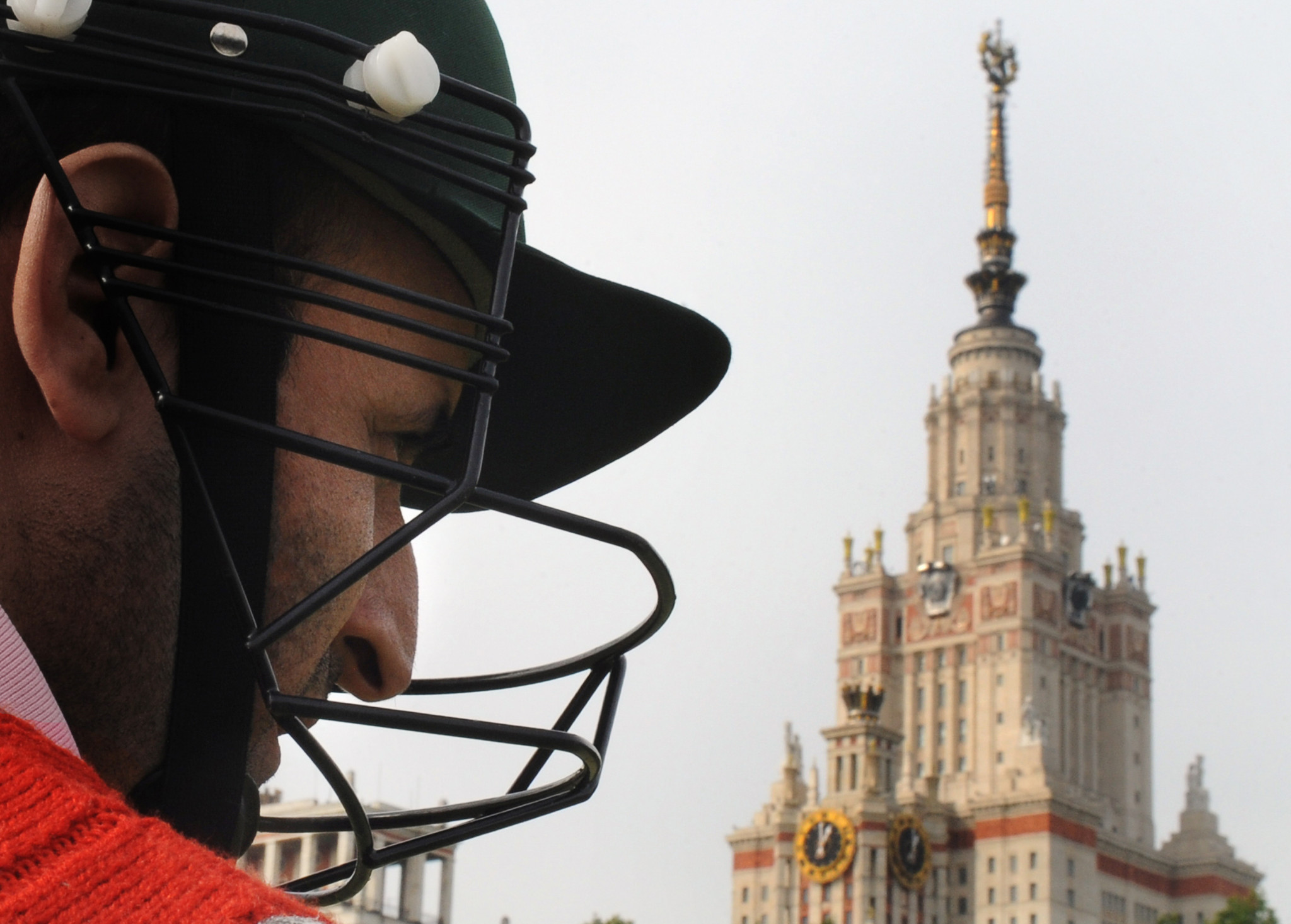 Matytsin was in New Delhi where he met Indian Youth and Sports Minister Anurag Singh Thakur, then Indian Olympic Association President Narinder Batra and Indian Universities Association Youth and Sports Secretary Baljit Singh Sekhon to discuss "prospects for cooperation" which could could also see greater promotion of cricket in Russia with the help of Indian expertise.

"We are ready to assist in popularising cricket and holding new formats of competitions with the participation of Indian athletes," Matytsin told Russia's official state-news agency TASS.

"Of course, we expect our Indian colleagues to be interested in providing methodological and other assistance to the development of the sport."

The first match in Russia took place in 1875, when British residents of St Petersburg challenged sailors on the Royal Yacht to a match, but the modest expansion of the sport came to an end with the 1917 revolution.

In 1995, cricket was played for the first time in modern Russia, and in 1997, a match was held to celebrate the anniversary of independence in India and Pakistan.

"From that moment, cricket began to resume its popularity in Russia," Matytsin explained.

"Currently, we have more than 1,500 people involved in cricket, it has a certain potential, therefore, within the framework of cooperation between our countries, it is possible to include cricket competitions in the new formats of our sporting events."

In 2012, Cricket Russia was recognised by the International Cricket Council, but was suspended last year because of problems of governance.

"Russia is a great sports power, and we are always ready for mutually beneficial cooperation with such traditional partners as India.

"We are ready to offer our colleagues to adopt a bilateral action plan to enhance sports ties between our countries, which will include specifics for the training of Indian athletes and coaches.

This would include development of winter sports, an objective outlined by Indian Prime Minister Narendra Modi, who last year inaugurated National Winter Games.

"We will also share our experience in building and operating ski slopes.

"We have all the resources, therefore, as part of the implementation of the Sports Development Strategy, it is planned to focus on the formation of our own full-fledged base of training centres, including analytical and medical centres to ensure the full training of athletes."

Officials are also expected to discuss the establishment of joint training camps and regional bases for skiing in Murmansk, the Kamchatka Territory, and the Sakhalin Region.

Matytsin reaffirmed his hopes that India will take part in the "Children of Asia" Games, set to open in Vladivostok on July 27.

Matytsin is visiting India for the International Convention of Anti-doping in Sport and is also expected to hold discussions with sports representatives of Brazil, the People's Republic of China and South Africa, who comprise the "BRICS" group of emerging economies alongside India and Russia.