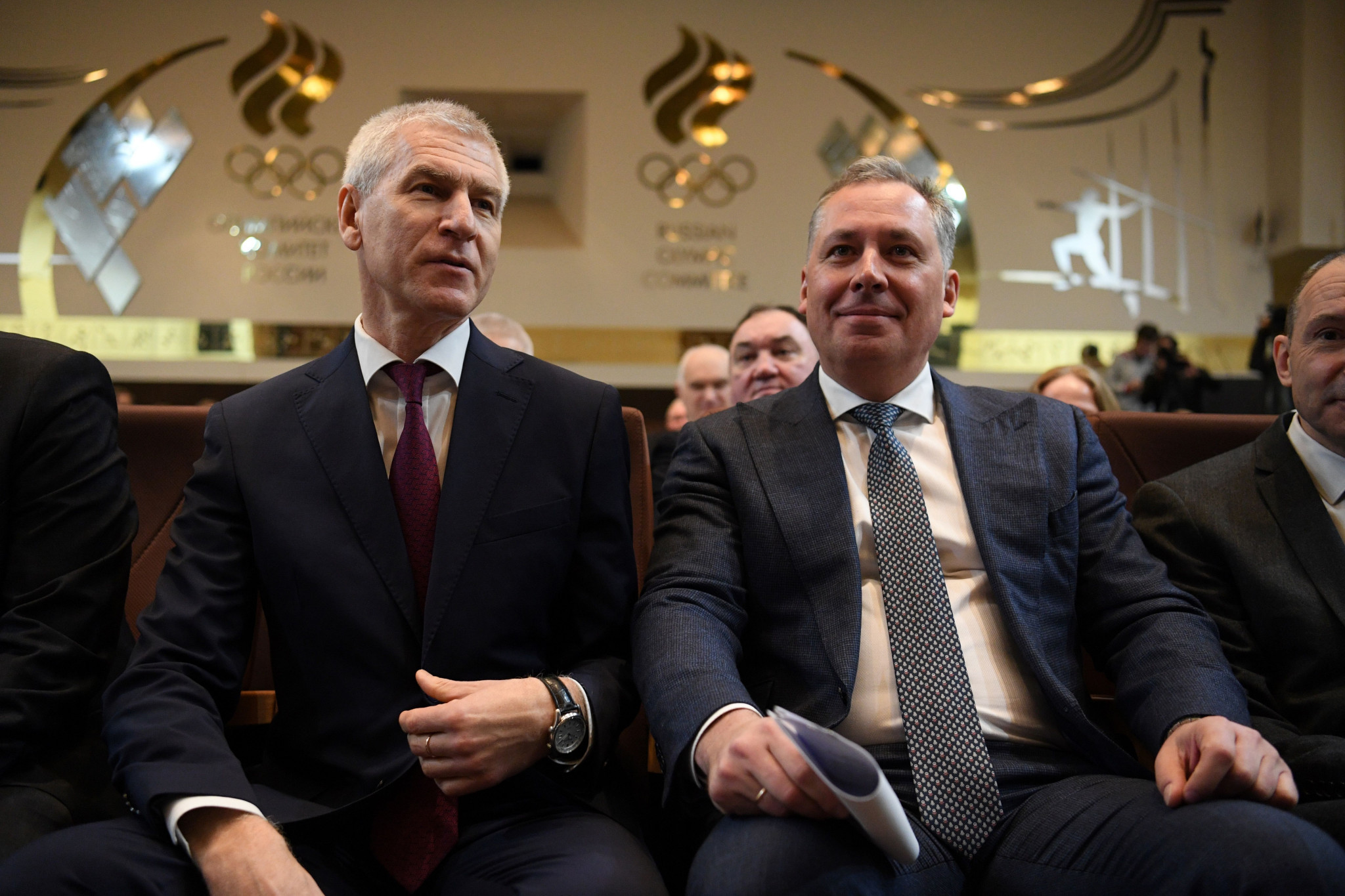 Russian Sports Minister Oleg Matytsin has claimed that Stanislav Pozdnyakov's removal as President of the European Fencing Confederation (EFC) is "detrimental to the sport".

Sanctions imposed by the European Union on Uzbek-born Russian billionaire Alisher Usmanov had already led him to "suspend the exercise of my duties" as International Fencing Federation (FIE) President.

An EFC Extraordinary Congress was called after the Executive Committee held a unanimous vote of no confidence in Pozdnyakov in March, expressing concern about a "conflict of interest" in relation to the ban on Russian and Belarusian athletes and officials, as well as "the arbitration case against the FIE and EFC raised by the Russian Fencing Federation".

It also accused him of showing "disregard" for Executive Committee decisions and failing to seek ratification for decisions taken on behalf of the EFC.

Pozdnyakov has been an outspoken critic of sporting sanctions imposed against Russia and Belarus in response to the invasion of Ukraine, claiming that they represented "a breakdown of the integrity of the Olympic Movement".

The Extraordinary Congress was attended by 37 of the EFC's 43 National Federations, of whom 23 voted in favour of removing Pozdnyakov, 10 voted against the motion and four abstained.

Pozdnyakov hit out at a "culture of cancellation of everything Russian" on Telegram after losing his position as EFC President, and Matytsin joined the criticism.

"Such decisions on behalf of international sports federations’ authorities are detrimental to the integrity of the sports family," the Minister told Russia's official state news agency TASS.

"Representatives of many sports federations are currently exposed to a political pressure and the sport of fencing is, unfortunately, not an exception here.

"Such decisions are detrimental to the sport on the whole as it is impossible to cancel at once Stanislav Pozdnyakov’s contribution into the development of the sport of fencing by sacking him from the post of the EFC President."

Matytsin also backed Pozdnyakov, a four-time Olympic gold medallist in the sport, to continue the development of fencing in Russia as ROC President, telling TASS that he "understands very well and shares the values of the sport".

"He will certainly follow the path in regard to this sport staying in charge of the Russian Olympic Committee," Matytsin claimed.

Russian athletes, competing under the ROC banner due to anti-doping sanctions, topped the fencing medals table at the Tokyo 2020 Olympics with three golds.

The FIE and EFC have banned Russian and Belarusian athletes from their competitions, in line with recommendations from the IOC.

The Russian Fencing Federation has challenged the FIE's decision in a Swiss civil court in a bid to enable its athletes to compete under a neutral flag, according to TASS.

According to the United Nations, at least 4,169 civilians have been killed in the war in Ukraine since February 24, although it is feared the true figure is far higher, and more than 6.9 million people have been forced to flee the country.

The EFC is currently being led by secretary general Jacek Slupski of Poland until a permanent replacement is elected, with the Ordinary Congress scheduled for June 16 in Antalya.