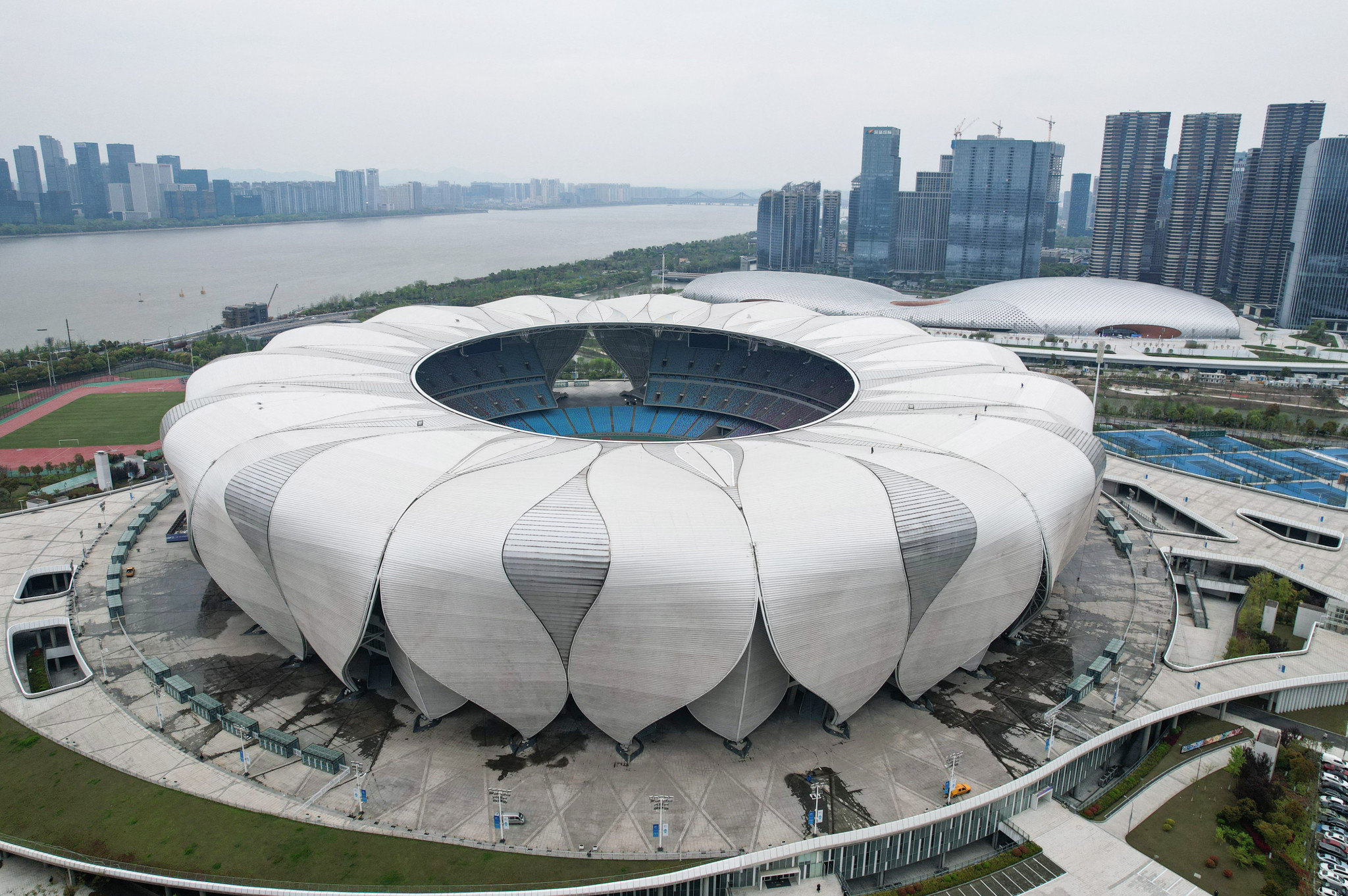 Chinese sports authorities have announced that the venues built for the postponed 2022 Asian Games in Hangzhou will open from July "to benefit the people."

Some 56 competition venues and 31 training centres are due to be part of a phased opening.

All have received the required certification to allow them to open and the opening is expected to be phased.

Organisers say that the operators of the venues "may charge the appropriate fees, introduce various sports and cultural resources and brands in a market-based manner."

This will include the Hangzhou Olympic Stadium known as the "Big Lotus."

It has been reported that specialist staff will be recruited to run the venues.

Some gymnasiums and sport areas which have low running costs are set to be open free of charge as part of initiatives to promote national fitness.

Venues which are part of university buildings are also to be allowed to stage sports competitions.

Organisers have removed gymnastics equipment to allow basketball courts to be used.

Sports have the power to change the world. 🌍

Residents of #Hangzhou are getting into the #AsianGames spirit through a wide variety of events, such as bicycling🚴, walking🚶, swimming🏊, and canoeing🛶.

🤔What's your favorite outdoor sport? Share with us!✨✨ pic.twitter.com/YSZKVpEbaP

Visitors must have a 48-hour valid negative nucleic acid test result and scan QR codes before they are allowed to enter any venue.

The Games were originally scheduled to open on September 10, but their postponement to 2023 was announced at the beginning of May as concerns over the spread of COVID-19 have grown.

The Asian Para Games, scheduled for October 2022 have also been postponed due to coronavirus.

Hangzhou is less than 200 kilometres from Shanghai which has experienced a serious outbreak of the virus and was subjected to strict lockdowns.