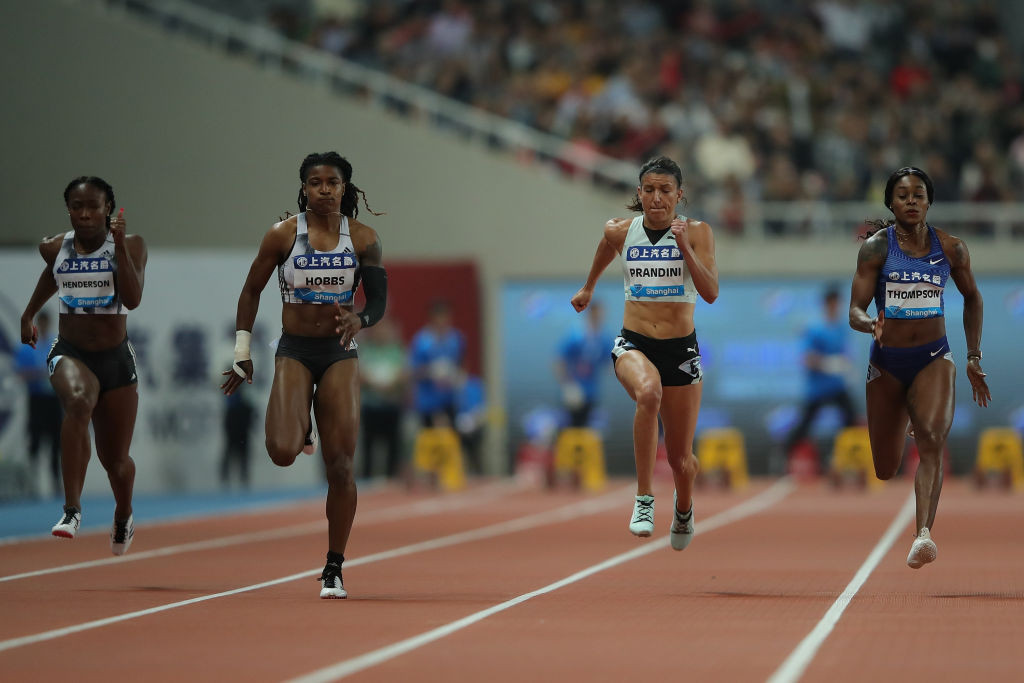 Both the Chinese meetings on this season’s Diamond League schedule - in Shanghai and Shenzhen - have been cancelled due to continuing concerns over COVID-19, with Silesia stepping up to fill the gap.

Shanghai, a staple of the Diamond League calendar, was due to hold its meeting on July 30, with Shenzhen being named last year as the second of back-to-back Chinese venues on August 6.

The latest blow to Chinese sporting hosts follows the news that the Hangzhou 2022 Asian Games and the International University Sports Federation's Summer World University Games in Chengdu - originally scheduled to take place in 2021 - have been postponed as the virus surges again in the country.

Doubts over international sporting events taking place were raised following lockdowns being ordered in several major Chinese cities as the country sought to control the spread of COVID-19.

Shanghai has been one of the hardest-hit cities, having been in lockdown for the past five weeks.

Meanwhile the 2022 Diamond League calendar has been restructured, with a substitute meeting now due to be held at the Silesia Stadium in Chorzow in Poland on August 6.

"The Wanda Diamond League looks forward to hosting events in China again from 2023 onwards," a statement from organisers said today.

"In the meantime, the series’ priority is to ensure that all athletes are given a fair chance of qualifying for the Wanda Diamond League Final in Zurich on September 7 to 8.

"The 2022 Wanda Diamond League will still take place as a full, structured series in which athletes compete for points at meetings throughout the season.

"Those who earn enough points earn a place in the final in Zurich, where they have the chance to be crowned Wanda Diamond League champion in their chosen discipline."

Each discipline must be staged at least four times before the end-of-season finale to ensure athletes are given enough chances to earn points.

To ensure that remains the case, certain disciplines which were due to go ahead in Shenzhen and mainly Shanghai have now been reallocated to Silesia, with further details due to be published soon.

This year’s edition of Kamila Skolimowska Memorial in Silesia - which has previously staged World Athletics Continental Tour Gold meetings - will comply with all Diamond League requirements to ensure equal conditions for the athletes striving to qualify for the Diamond League Final.

The latest news offers yet more frustration for Wanda, the Chinese property developer which began a 10-year deal as title sponsor of the Diamond League in 2020, during which the majority of meetings could not be held because of the coronavirus pandemic.

While the bulk of last season’s Diamond League competition went ahead, Wanda has received another setback as both its flagship meetings have been sunk by the pandemic.

“It has been very frustrating for Wanda, but they have been really good about it," World Athletics chief executive Jon Ridgeon told insidethegames.

"But Wanda are already getting benefits as sponsors of a truly global competition.

"And the fact that there is a 10-year deal in place means there will be a chance to balance things out over a relatively long period of time."