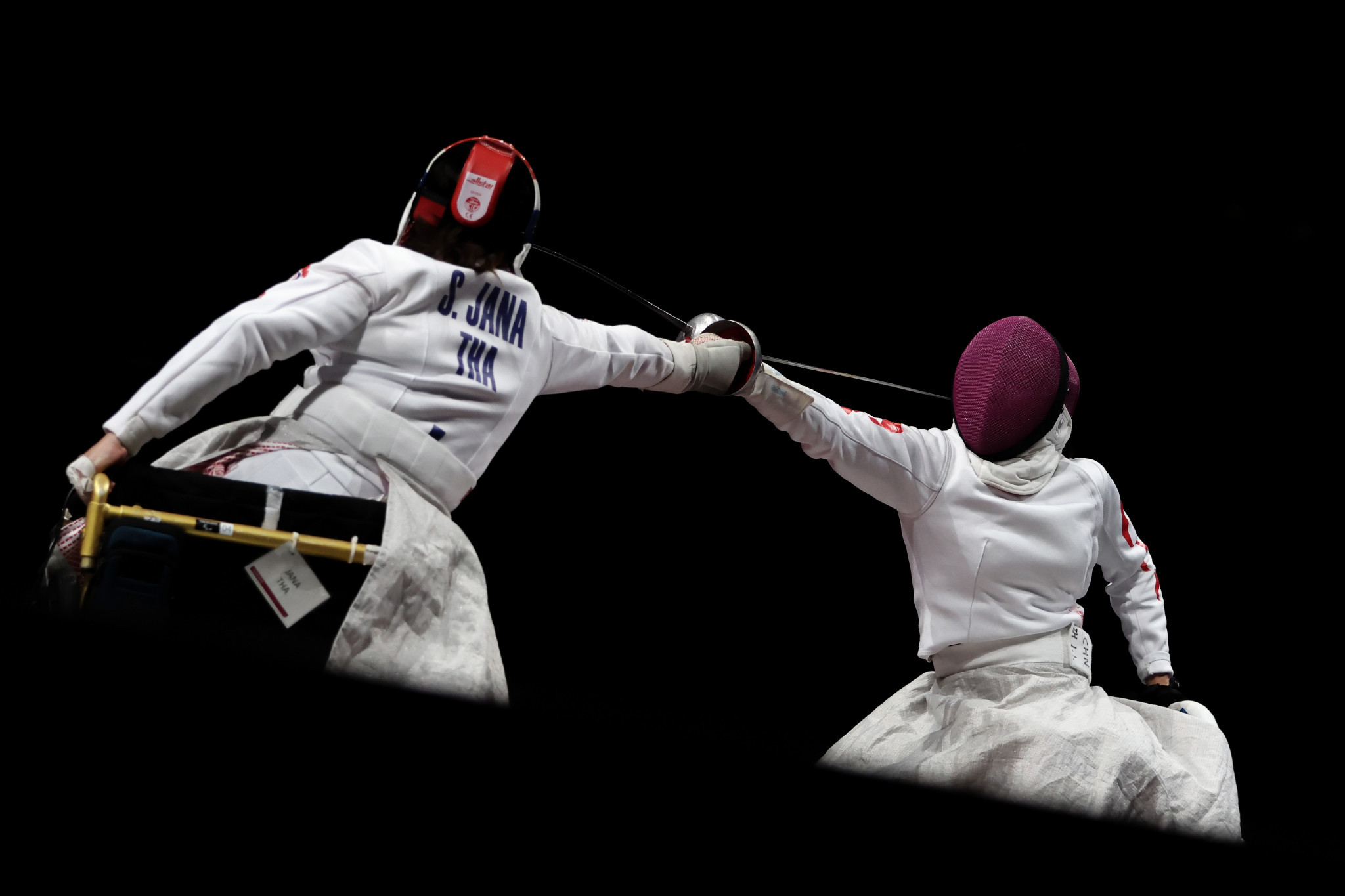 Thailand’s first female Paralympic gold medallist Saysunee Jana is certain to be the star attraction when the second International Wheelchair and Amputee Sports Federation (IWAS) World Cup of 2022 begins on her home ground at Chon Buri.

She began the new cycle at the first World Cup event in Sao Paulo with gold in both the women’s épée and foil category B and bronze in the sabre.

Jana won gold at Athens 2004 and London 2012 in a career which has spanned five Paralympic Games.

Her example seemed to inspire the Thailand team who returned from Brazil with seven medals in all.

Remember these faces for when World Cup action gets underway at #ChonBuri2022 on Friday!

As well as Saysunee Jana, other Thai fencers also made it onto the podium at the first World Cup of 2022 last month 👇 pic.twitter.com/3njmHeWhdD

More than 100 fencers are set to take part this weekend and competition includes individual and team medals in foil, épée and sabre and also a new open épée event.

Britain’s Paralympic champion Piers Gilliver is amongst those expected to make their first World Cup appearances of the season in men’s épée category A.

His British team mate Dmitri Coutya, who won team silver and three bronze medals in Tokyo is set to start in men’s épée category B.

Hungary’s world number one and Paralympic silver medallist Richard Osvath is set to start his World Cup campaign in the men’s foil category A, but will face fierce opposition from Italy’s Emanuele Lambertini, ranked third in the world, and who won the opening World Cup event - one of six Italian successes in Brazil.

Another Hungarian fencer, 2019 World Championships silver medallist Eva Andreja Hajmasi, is due to compete in the World Cup for the first time since early 2020.

Ranked number two in the world she fences in women’s foil category A where she could well face seven-time gold medallist Yu Chui Yee of Hong Kong.

Competition in the women’s sabre category A is due to feature Georgia’s Paralympic silver medallist Nino Tibilashvili who has started 2022 with bronze in Sao Paulo.

World number one Kinga Drozdz of Poland will provide a stern test in what is expected to be her opening competition of the international season.

There will be great interest in the contingent of Mongolian fencers who are set to make their debuts at the World Cup.

Many will also be watching the open épée competition closely - one of the mixed gender events that is being introduced for 2022.

Competition is scheduled to run until Sunday (May 22).