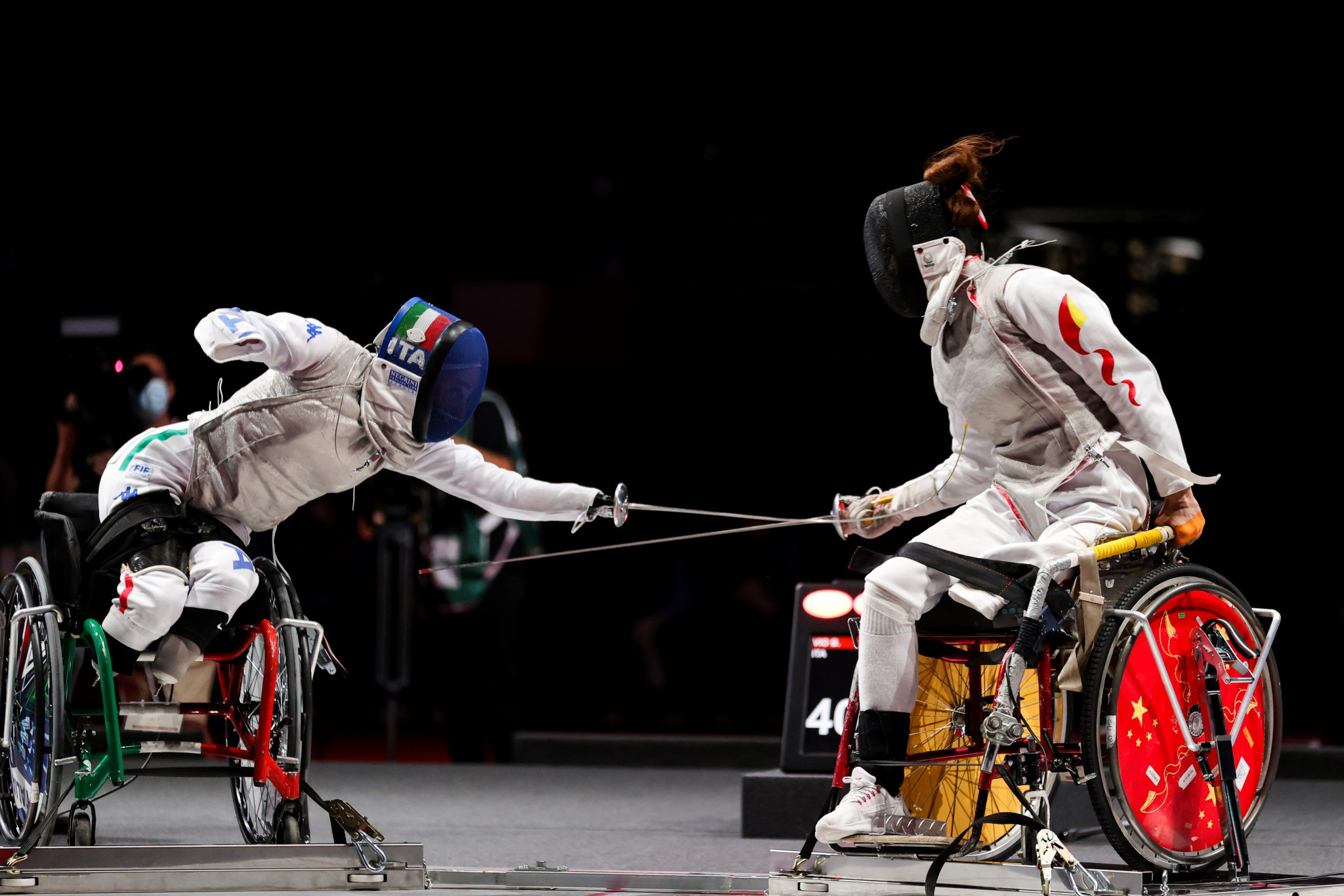 Lambertini pulled off victory against the odds in the men's individual A épée final versus compatriot Matteo Dei Rossi, who also lost in yesterday's sabre decider at the Brazilian Paralympic Training Centre.

The third seed eventually won 15-10 to add to his foil success on the opening day after downing Iraq's Zainulabdeen Al-Madhkhoori 15-7.

Italian Edoardo Giordan claimed the other bronze medal following a 15-14 loss to Dei Rossi in the semi-finals.

Iraq's Ammar Ali was dominant in the men's individual B épée, beating Frenchman Yohan Peter 15-4 in the gold-medal match.

The top seed also beat Italian Gianmarco Paolucci in the previous round while Peter got the better of Brazil's Jovane Guissone 15-9.

It was a rematch of the foil tournament final which saw three-time Paralympian Ali suffer a 15-12 defeat to the home favourite.

Mogoș breezed to another gold medal in Brazil as she cruised past South Korean Kwon Hyo-kyeong 15-3 in the women's individual A sabre decider following a 15-10 semi-final win against tournament favourite and Paralympic silver medallist Nino Tibilashvili of Georgia.

French athlete Brianna Vide suffered another semi-final loss to Kwon, narrowly missing out on the decider after a 15-14 loss.

Khetsuriani lost in yesterday's foil final to Jana after also crashing out in the épée semi-finals to the Thai veteran.