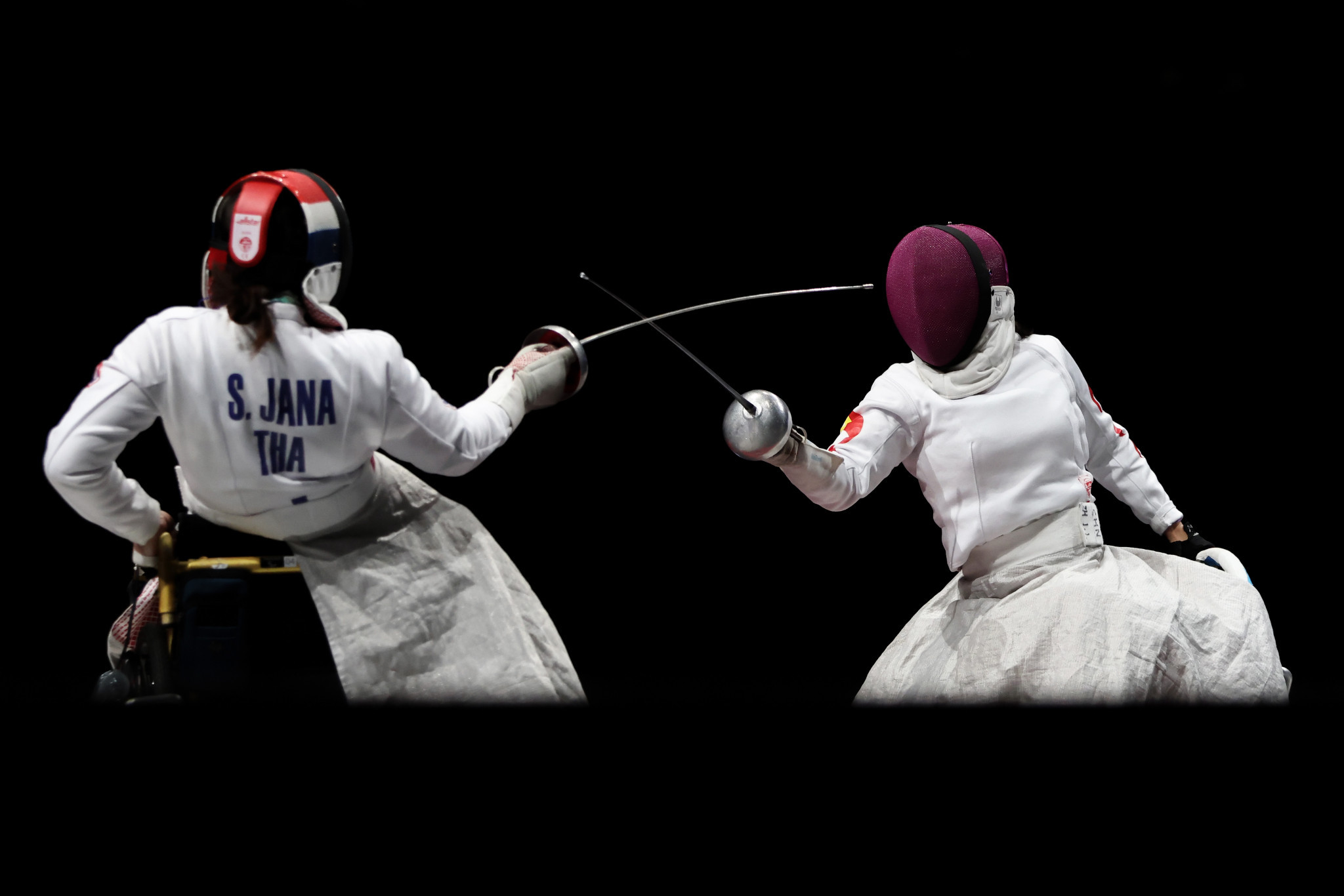 Thailand's Saysunee Jana was in fine form as she won her second gold medal of the International Wheelchair and Amputee Sports (IWAS) Wheelchair Fencing World Cup in São Paulo.

The two-time Paralympic champion beat Irma Khetsuriani of Georgia 15-11 in the women's individual B foil final to add to her triumph in yesterday's épée tournament.

It was Khetsuriani's best performance in Brazil so far after her semi-final exit in the épée.

Jana annihilated South Korea's Cho Eun-hye 15-0 in the final four while Khetsuriani cruised past Ellen Geddes of the United States 15-5.

Judith Rodriguez Menendez secured Spain's first gold of the IWAS World Cup with a tense 15-13 win over South Korea's Kwon Hyo-kyeong, who exceeded expectations after being seeded ninth in the women's individual A épée.

Kwon humbled home favourite and top seed Rayssa Veras in the quarter-finals before dispatching Frenchwoman Brianna Vide in the semi-finals.

Britain's Gemma Collis lost to Rodriguez Menendez in the other half of the bracket to settle for bronze.

An all-Italian clash was in store in the men's individual A sabre final as Edoardo Giordan and Matteo Dei Rossi went head-to-head at the Brazilian Paralympic Training Centre.

Top seed Giordan finished on top with a routine 15-8 victory after beating Thailand's Boonsiri Sanitmuanwai 15-5 in the previous round.

Maxime Valet of France beat Italian Gianmarco Paolucci 15-9 to secure the final gold medal of the day in the men's individual B sabre.

The three-time Paralympic bronze medallist Valet defeated South Korean Ryu Eun-hwan 15-7 in the semi-finals while Paolucci got the better of Thailand's Pipat Thongjapo 15-8.