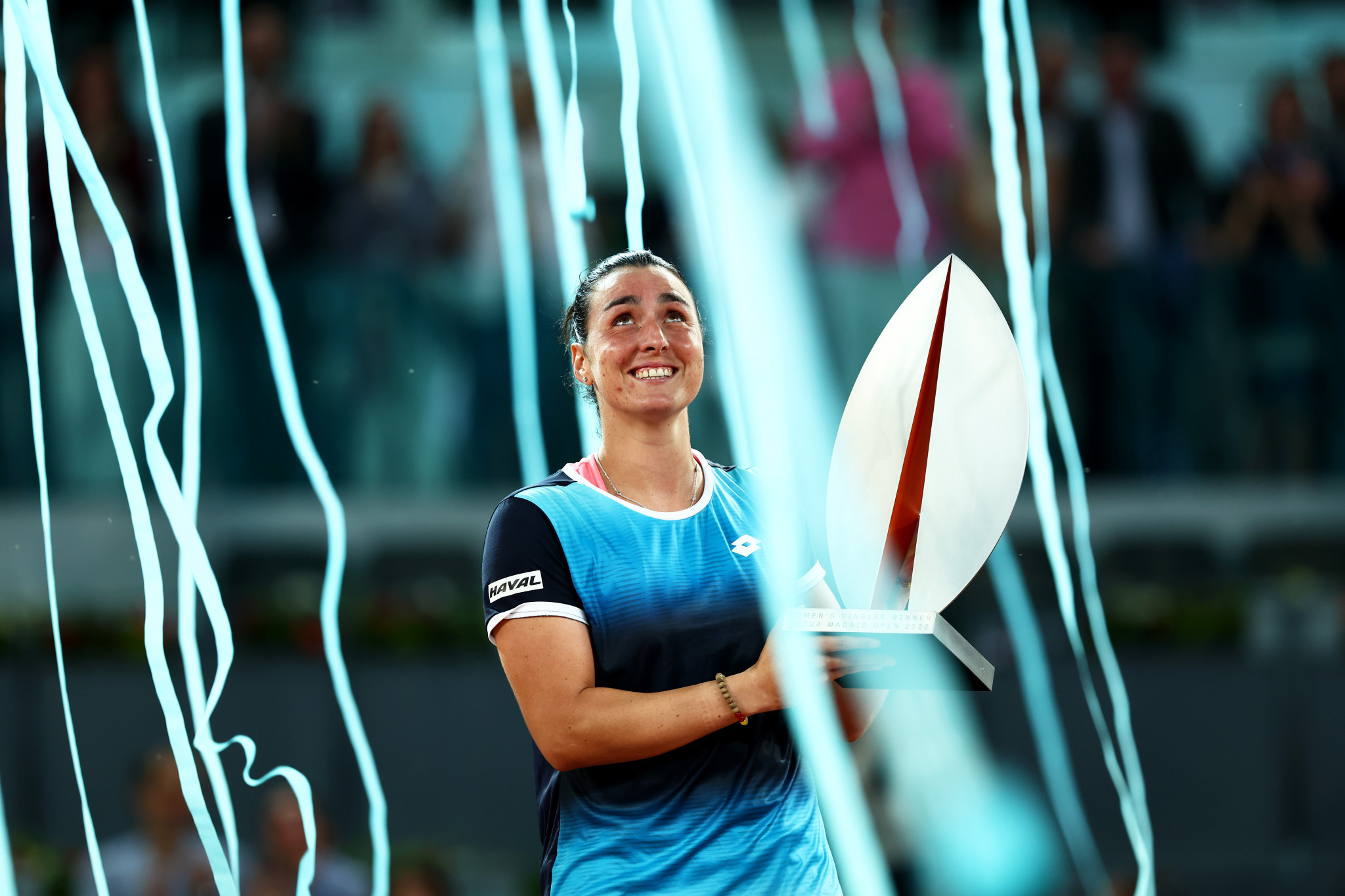 Ons Jabeur beat Jessica Pegula to win the Madrid Open and earn the biggest title of her career.

Tunisia's Jabeur also became the first Arab player to win a Women's Tennis Association (WTA) 1000 event in the process and is set to climb to a personal high of number seven in the world rankings.

Jabeur fought back from 1-4 down to cinch the opening set 7-5 on the Caja Mágica clay, having also saved a set point on her own serve.

A 0-6 defeat in the second set followed, with American Pegula finding the rhythm which had seen her win four matches in succession in straight sets to reach this final.

However, Jabeur rebounded again in the decider, racing into a 5-2 lead with timely breaks of serve.

The 27-year-old served out for the biggest win of her career and a second on the WTA Tour.

Great things to come from this talent in the future. Good luck in the final tomorrow @alcarazcarlos03 ?

In the men's singles tournament at the same venue, 19-year-old Carlos Alcaraz continued his rapid rise by beating world number one Novak Djokovic.

Breaks were hard to come by, but Alcaraz won the deciding tiebreak 7-5 to reach the final.

He is the first player to beat Djokovic and Nadal - who between them have won 41 men's Grand Slam singles titles - at the same clay-court tournament.