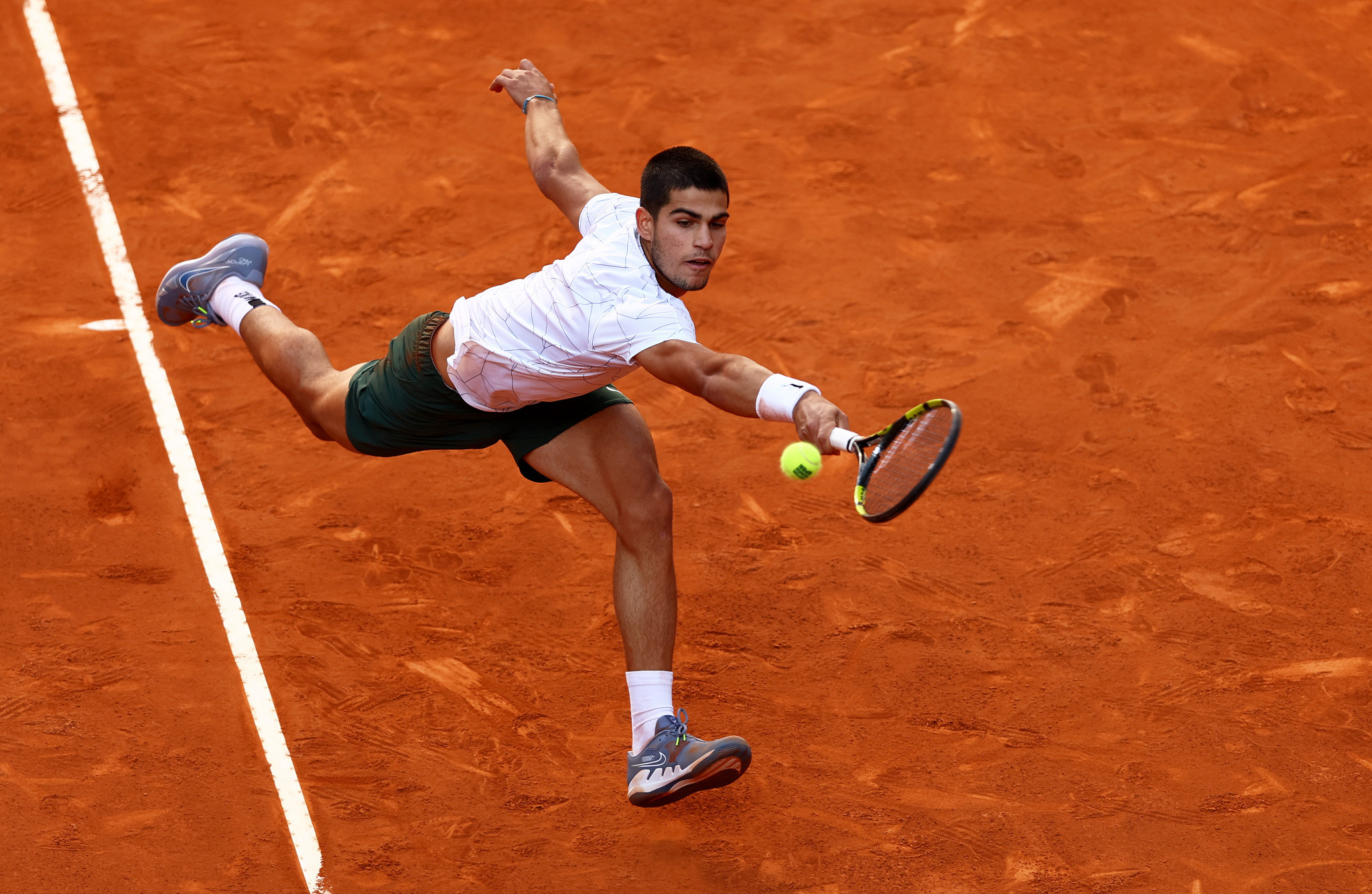 Carlos Alcaraz defeated Rafael Nadal just one day after turning 19, producing a brilliant performance to reach the semi-finals of the Madrid Open.

Alcaraz took the opening set, but 21-time Grand Slam men's singles champion Nadal hit back in the second, sending the all-Spanish affair to a decider.

Nadal had won both of the pair's previous meetings, including on the Caja Mágica clay in this tournament in 2021.

"He's playing great, and I hope the best for him for the rest of the tournament," Nadal said of his opponent, with some viewing the match as something of a passing of the torch in Spanish men's tennis.

Next up for Alcaraz is Novak Djokovic, the world number one.

Greek fourth seed Stefanos Tsitsipas booked his spot in the semi-finals with a 6-3, 2-6, 6-4 win over Andrey Rublev.

Tsitsipas only won one more game than Rublev, who is Russian and allowed to compete as a neutral by the Association of Tennis Professionals, but made his two breaks of serve count.

Tsitsipas will face either Olympic champion Alexander Zverev of Germany in the final four, after he beat Canadian Felix Auger-Aliassime in straight sets.