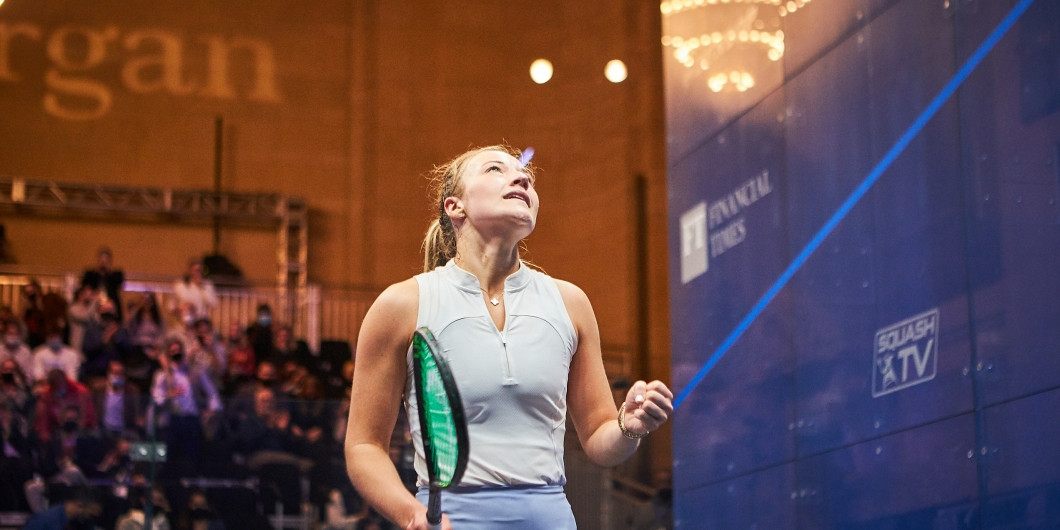 American Olivia Fiechter triumphed against Malaysian Sivasangari Subramaniam to book her place in the quarter-finals of the Professional Squash Association (PSA) Tournament of Champions at Grand Central Terminal in New York City.

"The last time we played I think she had a few match balls in the fourth as well, so when you've done it before it definitely adds to that self belief in those hard and challenging moments," said Fiechter.

"She's such an incredible player, she was pounding the ball so severely and for a while I was just trying to weather the storm.

"I have so much respect for her, she's playing at Cornell while playing on the tour and I couldn't have done that when I was at Princeton.

"Now she's at her highest ranking of 20, so I'm at a loss that I was able to find a way to win, especially in front of this crowd.

"She had an incredible junior career, so she's always been a player to watch.

"Now we've played twice and I'm sure we're going to play many more times once she graduates.

"When I was eight-years-old I came up to the Tournament of Champions and it was the first professional tournament I went to with my first coach Bill Lane, and I sat up in these stands all day long.

"There's something magical about this court and it's been a lifelong dream to play on here.

"To do it in front of my family, friends and loved ones is extremely special."

Fiechter will now play against Egypt's Rowan Elaraby in the last eight of the competition.

American Olivia Clyne has also advanced to the quarter-finals after defeating France's Melissa Alves in four games in her first match of the competition.

In the men's tournament, Colombia's Miguel Rodriguez faced France’s Auguste Dussourd, who had managed to defeat one of his country's most promising male squash players in Baptiste Masotti.

"This is my 15th time at the Tournament of Champions, I'm very glad and happy," said Rodriguez.

"I was so pumped for the match.

"I had to wait three days, I'm feeling great, this year has been amazing for me, very busy and I have accomplished many goals in this period so I'm just grateful for the opportunity to be here and win again.