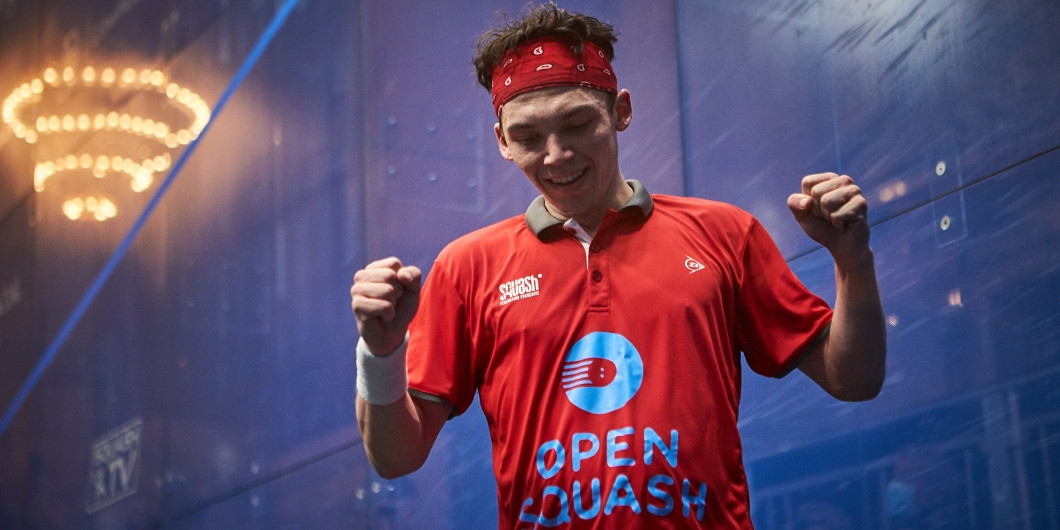 Crouin kept the ball straight and tight to take the lead 11-4 in the pair's first meeting on the PSA World Tour.

During the second game, Gawad, the 2016 world champion, started to attack his adversary but it was not enough as Crouin took the game 13-11 to double his lead.

Gawad secured the third game 11-7, but the Frenchman claimed a 12-10 in the fourth to book his place in the last eight.

"I've watched Karim for many years and I remember watching him at the World Championships in Egypt, where he nearly lost in the first round and then basically chopped everybody else," said Crouin.

"I knew it would be tough, I've never played against him and usually, when I play someone for the first time, it takes me a few matches to get the right tactic and play my game.

"Usually, my strength is my consistency, I've beaten almost all the players ranked below me and not beaten many people ranked above me.

"Like I beat Paul Coll and Gawad today, but I have lost to some up and coming players, but still ranked below me, so I've just been trying to figure out what's going on, I need to keep winning those matches but also get my consistency back."

In the women's event, Egypt's Nada Abbas secured her spot in the quarter-finals as she beat compatriot and world number seven Nadine Shahin in five games.

Shahin made undoubted headway at the start of the game to lead 5-2, but Abbas took it 13-11.

The 21-year-old carried her determination into the second game and continued pressuring Shahin to take the game 11-7.

It was a back-and-forth battle as Shahin showed her fighting skills and took the third and fourth games 11-7, 12-10, to set up a five-game encounter.

"I'm really happy to get through, me and Nadine have played twice this season and it was so close today, but I'm just so glad I could get the win today," said Abbas.

Abbas is one of the youngest players on the Women's Tour, and is one of the few members of the PSA circuit to have been born in the 21st century.

Meanwhile, American Amanda Sobhy has also advanced on day three, while Egypt's Rowan Elaraby and Salma Hany both came through tough battles to book a spot in the quarter-finals.