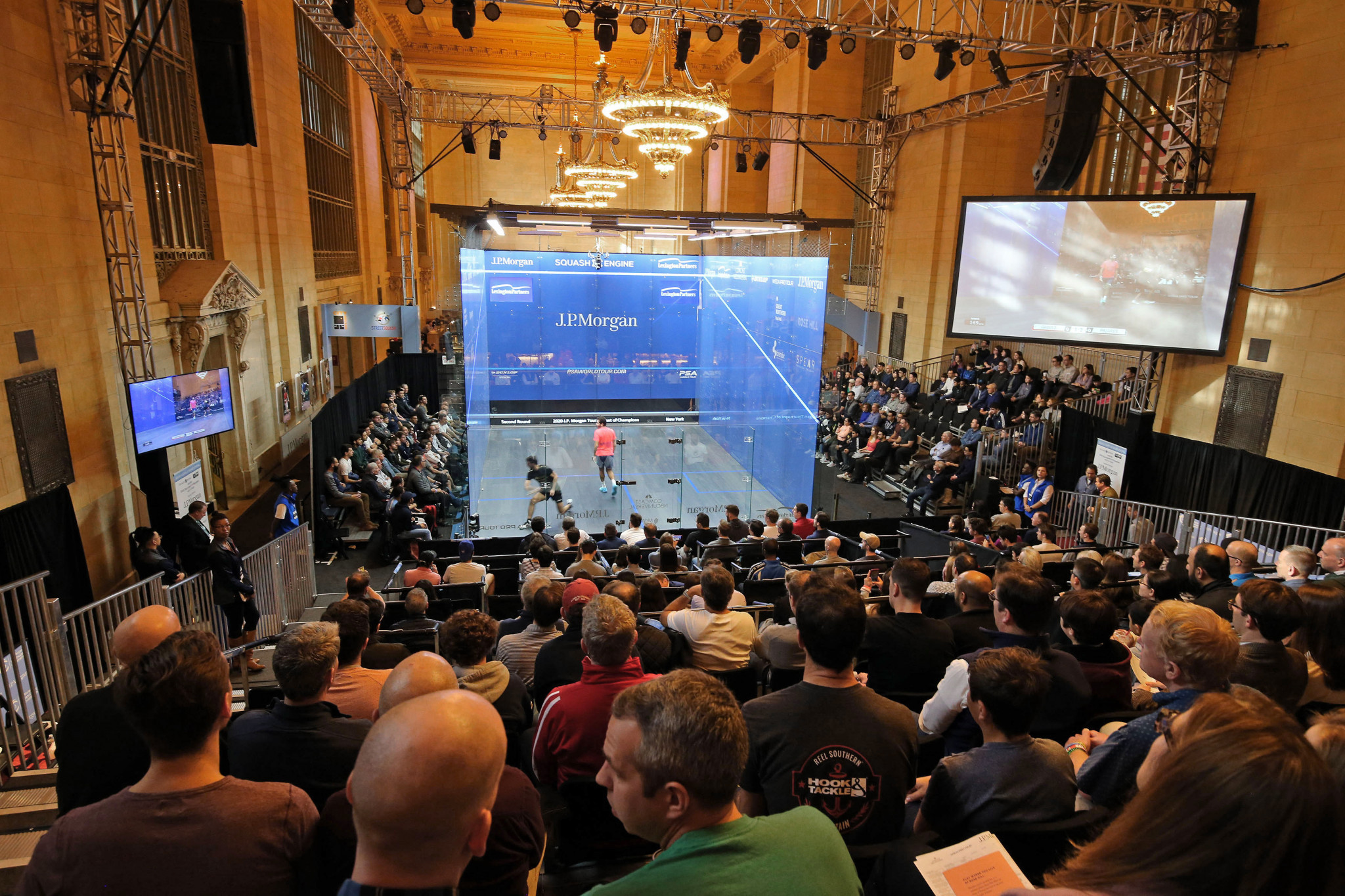 The Tournament of Champions has been postponed until May 2022, the Professional Squash Association and Squash Engine have announced.

The competition, which was also cancelled in 2021 due to the coronavirus, was due to take place between January 13 and 21.

However, it has now been postponed until May 1 to 7 because of rising Omicron cases, in the hope the event that can still take place later in the year.

J.P. Morgan signed a three-year sponsorship deal of the competition, which will begin in 2022 after last year's cancellation.

🚨Tournament of Champions is being postponed due to the sudden rise in cases🚨 Bummed to not be there in Jan, but I’m excited to see you all in Grand Central Station in May!!! @ToCSquash 💪🏽💪🏽 https://t.co/xALLIAffUa

Last year was the first time the event has not been played since 1998, when the Grand Central Terminal, the iconic venue for the tournament, was undergoing renovation.

"With the health and safety of all of our attendees, players, officials and staff as our highest priority, we have made the difficult decision to postpone the 2022 J.P. Morgan Tournament of Champions," said tournament owner and promoter John Nimick.

"The current surge of coronavirus cases in New York City prevents us from safely welcoming thousands of squash fans and visitors to our Vanderbilt Hall venue."