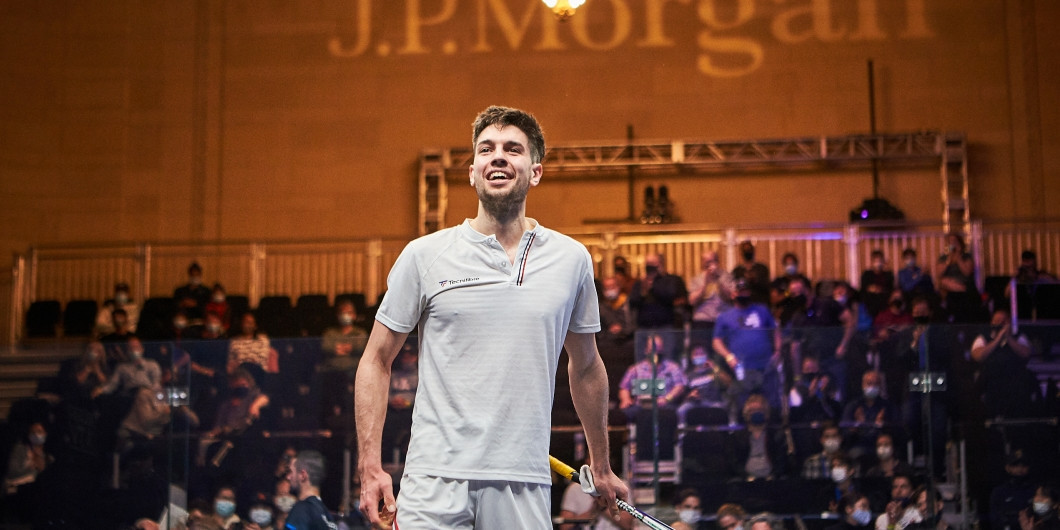 Auguste Dussourd downed compatriot Baptiste Masotti in a French showdown at the Tournament of Champions in New York City, to win the first match at Professional Squash Association World Tour gold level in his career.

Dussourd moved into the men's singles second round following his 3-1 victory at Grand Central Terminal, which was in the pair's second meeting after Masotti won in 2016.

World number 21 Masotti started strongly with an 11-8 win in the first game, and surged into a 10-7 lead in the second before Dussourd, who is 18 places below him in the rankings, saved three game balls before winning 12-10.

Dussourd produced another comeback from 8-4 down in the third to move ahead in the contest for the first time.

He then fought back from a losing position once more to seal the fourth game 12-10 and clinch the win.

"I was so happy to get in [to the draw] and to get the win for the first time I am here," said Dussourd.

"I will have one day to enjoy [the win] and then I'll think about the next match.

"I will maybe watch this match once to see what I did right and did wrong, then after that I will focus on the next match against a top player."

WHAT A SHOT! @BaptisteMasotti hits an incredible jumping cross-court nick as he tries to stay alive in round one at @GrandCentralNYC 😲👏#TOCSquash pic.twitter.com/FtPQIAgfF6

Elsewhere in the men's draw, another Frenchman in Victor Crouin progressed after getting the better of England's Nathan Lake 3-1, while Egypt's Youssef Ibrahim beat Dimitri Steinmann of Switzerland 3-0.

Ibrahim and Steinmann will face off again in the next round, however, as the former's compatriot Mostafa Asal withdrew after testing positive for COVID-19 and the Swiss number two was drawn out as the "lucky loser".

England's Lucy Turmel secured her victory in the women's singles as she battled her way past Hong Kong's Tze Lok Ho.

It was a back-and-forth battle as Turmel led twice before being pegged back both times.

Eventually, after 71 minutes, Turmel completed the victory and is set to face Canada's Hollie Naughton.

"Matches like that are sometimes the most rewarding because I felt quite flat in several parts, I'm just happy to win," said Turmel.

After suffering from a back problem during her practice hit in the morning, Canada’s Danielle Letourneau was able to beat Czech number one Anna Serme in the opening match of the day's play.

Malaysia's Sivasangari Subramaniam and France's Melissa Alves were the other two women to advance on day two.