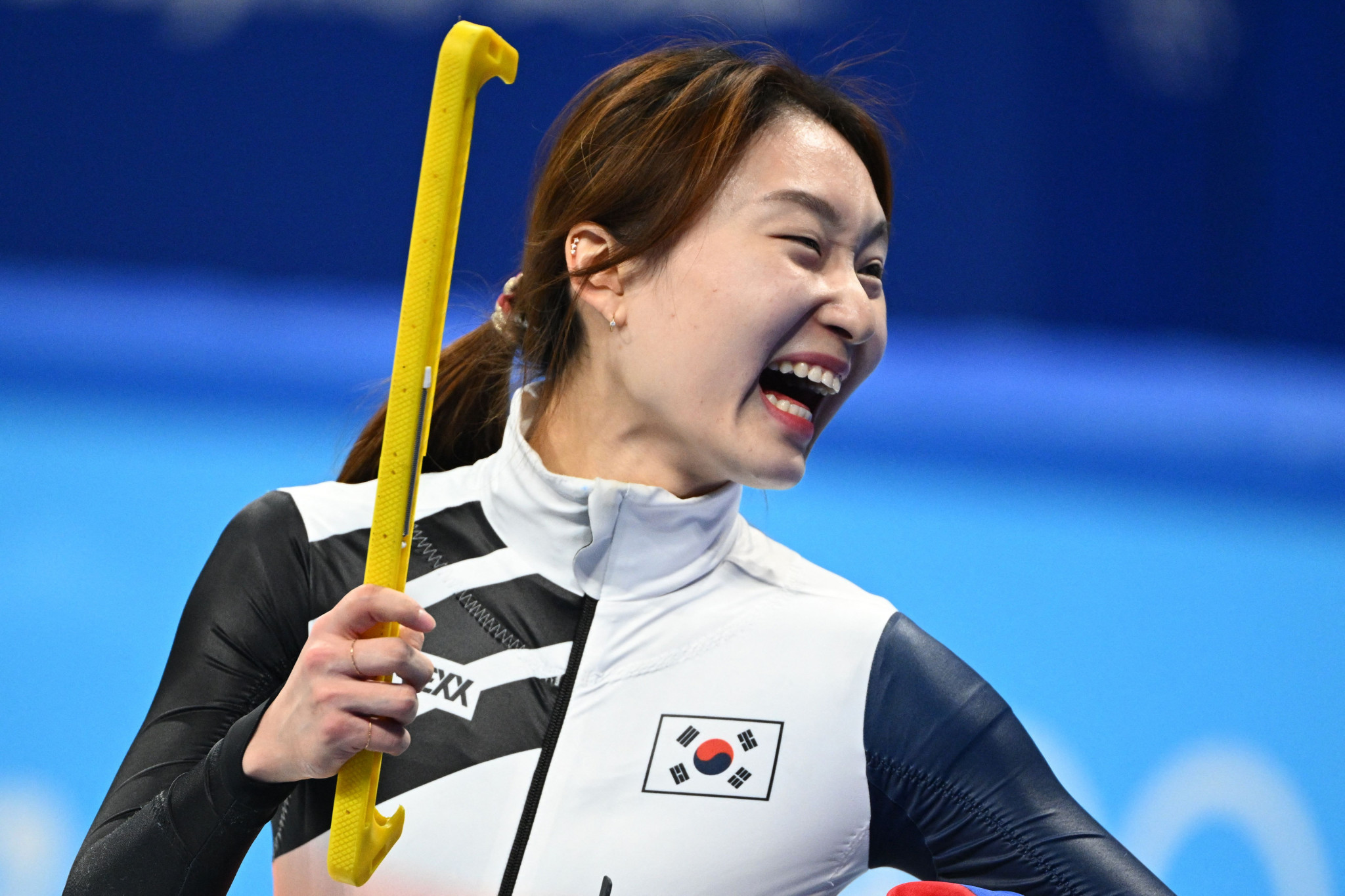 South Korea’s Choi Min-jeong won the final short track gold medal of these Beijing 2022 Winter Olympics, while there was also a relay victory for Canada's men.

Choi's victory in the women's 1,500 metres was achieved in 2min 17.789sec - outside the Olympic record she had set earlier in the semi-finals - but it was still sufficient to win a second consecutive gold medal over the distance.

"I had anticipated falling behind at the beginning," Choi said of her race in the final.

"I am keenly aware that the key to winning 1,500m is not to take the lead in the beginning, but to stay on pace until the end and that belief is what got me the gold medal."

Choi ends Beijing 2022 with three medals, having also finished as the runner-up over 1,000m and in the women's 3,000m relay, but this will be the most satisfying.

The race for the other medals was desperately close before Arianna Fontana of Italy was given the verdict for silver with 2:17.862.

"It was the last day so whatever is left in the tank, I just give it all on the ice," said Fontana, who like Choi ends the Winter Olympics with two silver medals and one gold.

Bronze went to Suzanne Schulting of The Netherlands in 2:17.865.

She had clashed with China's Han Yutong during the race.

"I was going to the outside and the Chinese skater pushed me out," Schulting said.

"Then I came back well, I don’t know what actually happened, but I think I came back super strong."

Hamelin, 37, became the oldest man to win an Olympic short track medal in his fifth and final Olympic Games.

"I love what I do and I work hard," Hamelin said.

"He is a great friend and he is always very welcoming to new skaters, he makes me feel among a family," Pierre-Gilles said.

"I'm proud to say I won his last gold medal with him at these Olympics."

Dion added: "Our strategy was to be well positioned to be sure we had the chance to win.

"When Steven pushed me in front I knew we had a good shot at it."

South Korea, despite a slow start, end the Winter Olympics with the most short track medals - five.

Two were gold and three silver.

China, The Netherlands, Italy and Canada also won four medals each, with the host nation and the Dutch claiming two golds apiece.