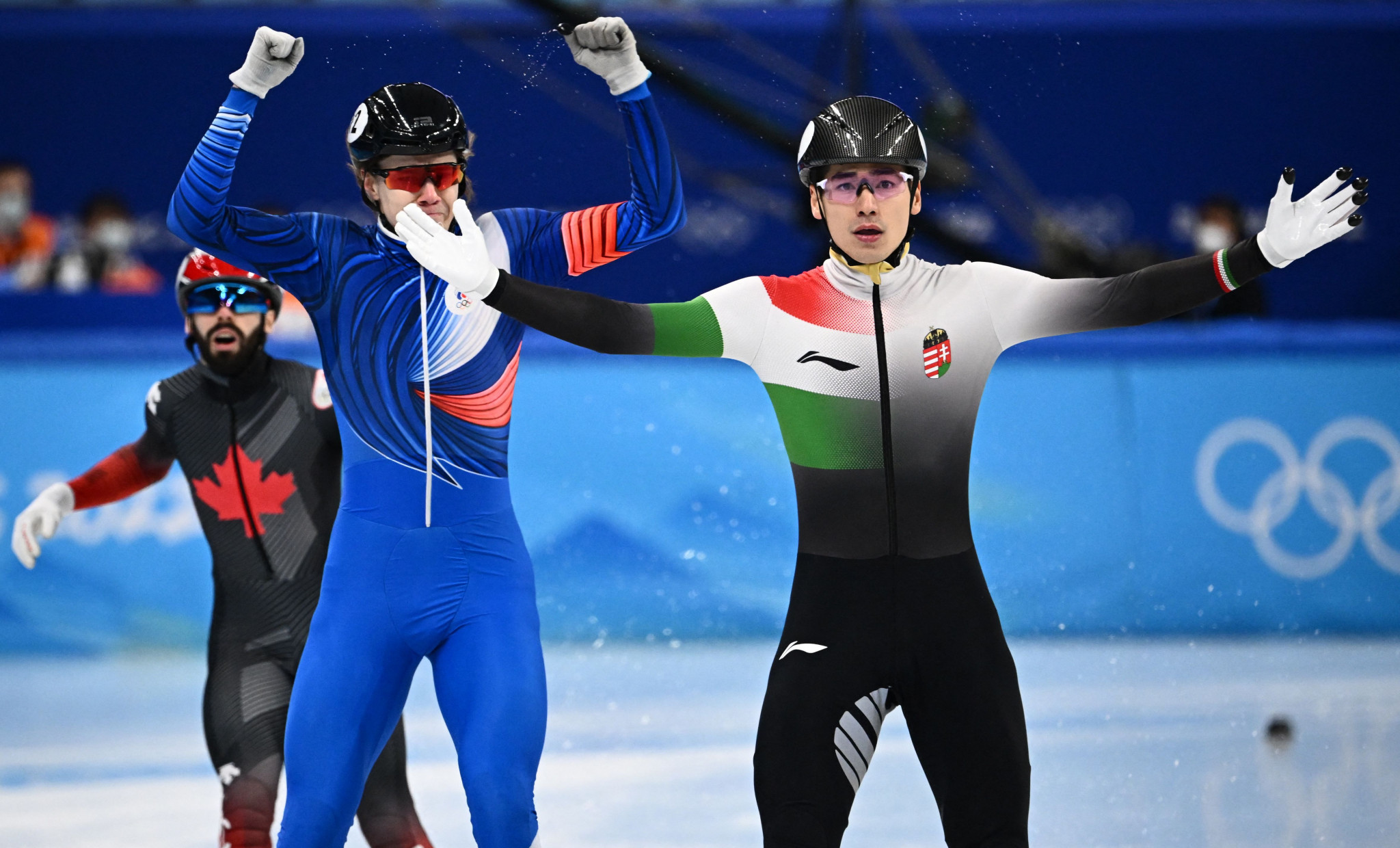 The 23-year-old had tested positive for the virus on January 24 as confirmed by the Hungarian Skating Federation, but made a recovery in time for the Games.

In the final, he was in charge, only coming under pressure on one turn when Russian Olympic Committee's (ROC) Konstantin Ivliev made a half-attempt at a move.

Ivliev's doggedness earned him a silver medal behind Liu, who won the race in a time of 40.338sec.

It was Liu's first individual gold medal and second Olympic title after winning the men's 5,000m relay with his brother Shaolin Sandor Liu, Viktor Knoch and Csaba Burján at Pyeongchang 2018.

His brother Sandor Liu was one of the favourites for the title too, but was eliminated in the quarter-finals of the race, meaning Hungarian hopes lied with the younger of the two siblings, who delivered.

Ivliev punched his chest in jubilation after finishing second and he was joined on the podium by Canadian Steven Dubois, who took bronze after advancing from the semi-finals when a desperate Hwang Dae-heon of South Korea - who won the men's 1,500m gold - made a late lunge, taking him out of what looked like a certain place in the final.

Despite a challenge from the Chinese team of Qu Chunyu, Zhang Chutong, Fan Kexin and Zhang Yuting at one stage, the Dutch kept the lead throughout the majority of the race.

South Koreans Seo Whi-min, Choi Min-jeong, Kim A Lang and Lee Yu-bin could not defend the nation's Olympic title, but did take silver in front of China, who completed the podium.

The Dutch win was particularly special, as the quartet paid tribute to former team-mate Lara van Ruijven, who died at the age of 27 due to an autoimmune disorder.

They wore panther-themed hearts on their sleeves for Van Ruijven who wore the design on her eyewear and helmet during competitions.